This is an online event hosted via Zoom. Online registration is now closed.

This session will explore the poetics of place and displacement through the poetry of Vahni Capildeo and Xasan Daahir Ismaacil ‘Weedhsame’. Vahni, a Trinidadian-British poet, and Weedhsame, a Somali poet based in Hargeysa, will each read from their recent work, with a translation by Martin Orwin. The reading will be followed by a discussion of the intersection of sound, listening, migration and place (including in translation), as well as ample time for questions and conversations with the poets.

Vahni Capildeo (FRSL) is a Trinidadian-British poet whose writing explores the poetic imagination’s ability to encounter, try on, and transform other selves and other voices. Capildeo's poetry is marked by intensely engaged experimentation, ranging from the sparse forms and calligrams of Simple Complex Shapes (Shearsman, 2015) to the extended prose poem sequences of No Traveller Returns (Salt, 2003) and Measures of Expatriation (Carcanet, 2016). Their non-fiction is distinct in voice and approach from their poetry, though often treating similar themes. Their latest full-length book Skin Can Hold (Carcanet, 2019), is the result of collaborative investigations of ‘kinetic syntax’ during Capildeo’s Judith E. Wilson Fellowship. The Dusty Angel (Oystercatcher Press, forthcoming), completed while Writer in Residence at the University of the West Indies, is a dialogic record of real and imagined walks, many taken with pandemic precautions. Their practice-based research includes silence, expanded translation, performance, and interdisciplinary collaborations. As Douglas Caster Fellow at the University of Leeds, Capildeo edited a special issue of Stand magazine on ecopoetics. Capildeo is contributing editor at PN Review, and a contributing adviser for Blackbox Manifold and has published seven books and numerous pamphlets. Capildeo’s work across genres is characterized by an abiding interest in plurilingualism and in place.

Xasan Daahir Ismaacil ‘Weedhsame’ is widely regarded as one of the leading Somali poets of his generation. He has written more than 90 poems on various social and political issues, as well as the lyrics to more than 100 songs, mainly on the theme of love. Born in Kalabaydh, a village to the west of Hargeysa, Weedhsame was displaced as a child to a refugee camp in Ethiopia by Siyaad Barre’s military regime. After Somaliland declared independence in 1991 he returned home, eventually pursuing a degree in mathematics at Cammuud (Amoud) University. Weedhsame—a name given to him that means ‘[the one who] makes good words’—first began composing poetry when he was 16. He was mentored by the esteemed (late) Maxamed Xaashi Dhamac ‘Gaarriye’, who encouraged his craft and instilled a deep respect for the complexities of Somali orature. Weedhsame currently teaches the course in Somali literature at the University of Hargeysa that Gaariye first developed. His poems and songs circulate widely on Somali media platforms. Some of his poems have been translated into English by a team of translators and poets at the Poetry Translation Centre in London.

Martin Orwin is an associate professor at the University of Naples “L’Orientale” where he teaches Somali language and literature from beginner to advanced level. His research centres on the use of language in Somali poetry. He has written articles on metre and alliteration both from general perspectives and in relation to specific poems and how these features are crafted in them, including a recent article in Journal of African Languages and Literatures (2020) that specifically compares the use of sound in poems by Gaarriye and Weedhsame. He has also written a little on the relationship between language and music from a theoretical perspective with reference to Somali. Orwin has a strong interest in the translation of poetry and has published translations of poems by famous poets such as Maxamed Ibraahim Warsame ‘Hadraawi’ and Xasan Xaaji Cabdullaahi ‘Xasan Ganey’ as well as by Xasan Daahir Ismaaciil ‘Weedhsame’. 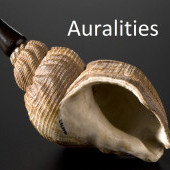 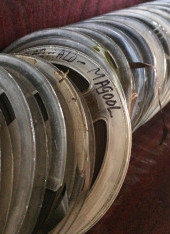 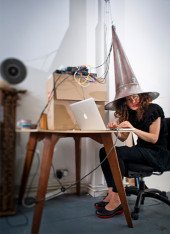