Compression hacking—in some cases called datamoshing—is a process of using lossy compression to create compression artefacts (e.g. pixellation) on the surface of a digital image. “Lossy” means that some information is irretrievably lost during the compression process, but this feature is not necessarily bad—in fact, in instances of low bandwidth or limited storage space, lossy compression is good. When this compressed file is run through a decoder, the image it produces appears as a distortion of the original. Because it loses information and visual fidelity, the lossy image is frequently thought of as a downgraded copy. By extension, images with identifiable compression artefacts are often understood as “glitched”. Compression artefacts like pixellation are read as evidence that such a glitch has occurred. This paper will focus on problematising theorisations of the glitch and open up conversations around the status of corruption and error in digital media. It poses the following questions: What do such ‘glitches’ expose about the infrastructure of digital images? How does the language of ‘glitch’ inform how we understand-- and index--blame to digital technologies? And what is the role, if any, of the digital machine in creating or testifying to technological malfunctions?

Carleigh Morgan is a Trinity College Research Scholar, Fulbright Scholar, and first-generation PhD candidate in Film and Screen Studies. Her doctoral research circulates across disciplines but can be situated broadly within media studies and visual culture. Her work explores the historical convergences between computer science, new media, and film to offer reconsiderations of how ‘the digital’ operates within cinema and cinematic technologies.

Steyn Bergs
‘From Work to Mainframe’

This presentation will zoom in on one section of Steyn Bergs’ PhD dissertation Control Copy: Digital Reproducibility and the Commodification of Contemporary Art, which examines the effects of techniques of digital reproduction on the ways in which contemporary art is valorized—both economically and culturally or symbolically. Particularly, ‘From Work to Mainframe’ will address the increasing implication of contemporary artistic production, distribution, and reception in the Internet. Referencing a number of case studies but building a wider theoretical argument as well, the presentation will argue that this implication also entails a subsumption of contemporary art into the Internet’s attention economy. In so doing, it will not restrict its analysis only to digital art ‘proper’. Rather, the argument will be developed that artworks that we do not tend to think of as ‘digital’ are affected by the shift from work to mainframe as well, through their various representations in the online realm—such as online portfolios and CVs, installation shots circulating on social media, or PR texts and press releases.

Steyn Bergs is an art critic and a researcher in art history. His work operates at the intersections of contemporary art, (new) media art, political economy, critical theory, media theory, and aesthetics. Currently, he is a PhD candidate at Vrije Universiteit Amsterdam, where he is working on a dissertation titled Control Copy: Digital Reproducibility and the Commodification of Contemporary Art. From 2016 to 2018, he was co-editor-in-chief of Kunstlicht, a journal for art and the humanities. His writing has appeared in numerous magazines, journals, and publications, and he has presented his work at various conferences, workshops, and symposia internationally.

What does it mean for minoritarian subjects to stake (in)visibility as a political strategy in a world where surveillance technology makes it dangerous for them to be seen? This paper explores how artists use digital media to configure the face to confound the binarising logic of what Deleuze and Guattari term the ‘abstract machine’ of ‘faciality’, a regime of ‘deviance detection’ that bears striking resemblance to contemporary facial recognition technologies. In particular, I examine how visual artists employ counter-hegemonic visual strategies to resist the regimes of state and corporate power that capitalise on the visibility of minorities by imposing rigid forms of identity on them. Taking the concept of faciality as a point of departure, I consider the work of artists including Zach Blas and Adam Harvey who reconfigure, or disrupt, dominant technologies of facial recognition, using digitally constructed masks and make-up as a means of resisting identification by state and corporate surveillance. In this vein, I develop a queer reading of Hito Steyerl’s use of make-up to deconstruct binaries of normative gender, sexual and racial identity in a disidentificatory practice that allows her to disappear from the visual field in How Not to Be Seen: A Fucking Didactic Educational .MOV File. By looking at the configurations of the cosmetic and the digital in this way, this paper highlights affinities between uses of queer, camp and transgender aesthetics and digital artmaking practices to ask what media theoretical and queer methodologies might have to learn from each other at the points they intersect.

Lawrence Alexander is a first-year PhD student at the Centre for Film and Screen. His research focuses on the management of bodies and space in the work of contemporary documentary and installation artists including Harun Farocki, Hito Steyerl, Trevor Paglen and William Kentridge. He is particularly interested in the face as a locus of contemporary aesthetic practices that marshal digital technology as a means of resisting systems of surveillance and control. 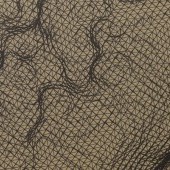 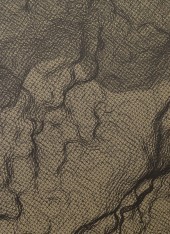 Other Perspectives: Landscape Beyond Human

The Digital as Media (RG)

The Digital as Technology II: Visualisation

The Digital as Technology I: Coding

CANCELLED due to strike: Metric Mysticism

Seeing across the Distance: The Dreams and Fears of Televisual Utopias

The Aesthetics of Surveillance

The Artist Leaving the Googleplex

‘Art and Money Online’ in Retrospect