The Concept of the ‘Original’: Perspectives from Japanese Noh, African Theatre and Indonesian Literary Translation.

Dr Doris Jedamski (Translation Studies/Information Sciences, Asian Translation, Leiden)
Specializes in comparative literary and cultural studies with a regional focus on the Malay Archipelago. She will talk about how attitudes to translation differ in Asian contexts, where traditions of multiple retellings of stories with often anonymous authors and ‘creative disrespect’ mean concepts of originality, authorship, and the translator’s subservience to the author are associated with the importation of Western genres. After academic positions in Germany, France and Australia she is currently Curator of South- and Southeast Asian Manuscripts and Rare Books at Leiden University Library. See e.g. (Chewing Over the West. Occidental Narratives in non-Western Readings,  2009; ‘Translation in the Malay World: Different Agendas’ in Asian Translation Traditions, eds. Hung and Wakabayashi, 2014).

Dr Ashley Thorpe  (Senior Lecturer, Centre for Asian Theatre and Dance, RHUL)
Began by researching Chinese xiqu, specifically jingju (‘Peking Opera’), drawing upon an interdisciplinary mix of historical studies, translation, ethnomusicology and anthropology, and looking at its performance in London as a transnational and intercultural encounter. Current research is about Japanese nō, specifically projects that take place outside of Japan. He will speak about the concept of adaptation in relation to nō theatre, having written and performed his own English-language nō performance Emily, in 2018. https://pure.royalholloway.ac.uk/portal/en/persons/ashley-thorpe(79be885c-3b80-47d5-90c7-7f389a1d9fd0).html

Does repetition itself make an ‘original’ - or does translation (in the widest sense)? Or is this a Western way of thinking?

Part of ‘Beyond Originals and Copies’, a series of discussions co-curated by Clare Foster and Margherita Laera.
CRASSH is not responsible for the content of external websites

Open to all. No registration required
Part of 'Re-' Interdisciplinary Network series 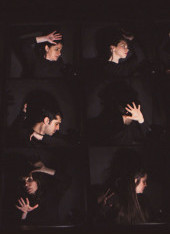 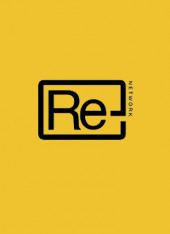 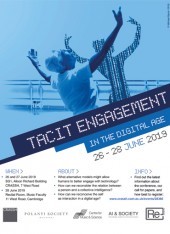 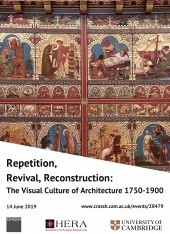 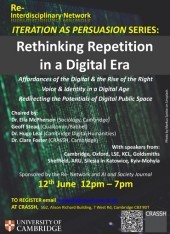