Registration for this conference is now open, please register here.

Recent decades have seen the rise of a number of large US technology companies – Alphabet (Google’s holding company), Facebook, Microsoft, Amazon and Apple – which have achieved global dominance in their original fields (digital technology) and are now moving into other markets (healthcare, mobility, hotels, media, to name just four). The scale and reach—as well as the wealth—of these corporations revives old concerns about corporate power and its regulation (for example in relation to monopoly and data protection). But their dominance also raises new questions deriving from the distinctive affordances of digital technology and the companies’ mastery of it. In what ways is the power that they wield different from older kinds of corporate power? How should the power flowing from mastery of the technology be conceptualised? What kinds of regulatory approaches are viable in this new environment? Where does corporate responsibility begin and end in applications of Artificial Intelligence? And can the nation-state effectively regulate these new global entities?

This symposium, which is hosted by the Technology and Democracy project at CRASSH, will consider these and related issues.

Ariel Ezrachi is Slaughter and May Professor of Competition Law, University of Oxford and Director of the Oxford Centre for Competition Law and Policy. He is co-author (with Maurice Stucke) of ”Virtual Competition: The Promise and Perils of the Algorithm-Driven Economy”:(http://amzn.to/2izYRNK) (2016).

Emily Bell is the founding Director of the Tow Center for Digital Journalism at Columbia Journalism School. She is a former editor-in-chief of Guardian websites and was Director of Digital content for Guardian News and Media. She was the 2015 Humanitas Professor of Media at Cambridge University and her lecture, “The End of the News as We Know It: How Facebook Swallowed Journalism” sparked a global debate which culminated in the controversies about “fake news” during the 2016 US Presidential election.

Ronald Deibert is Professor of Political Science and Director of the Citizen Lab at the Munk School of Global Affairs at the University of Toronto. He is the author of Black Code and a leading scholar on the intersection of digital technologies, global security and human rights.

Siva Vaidhyanathan is the Robertson Professor of Modern Media Studies, University of Virginia, author of The Googlization of Everything: (And Why We Should Worry) and numerous other works.

Ross Anderson is Professor of Security Engineering at the University of Cambridge and a leading expert on the technology, economics and psychology of computer security. He was awarded the 2016 Lovelace Medal—given to “individuals who have made an outstanding contribution to the understanding or advancement of computer science”.

John Naughton is a Senior Research Fellow at CRASSH, co-director of the ‘Technology and Democracy’ project and the Observer’s technology columnist. His most recent book is From Gutenberg to Zuckerberg: what you really need to know about the Internet.

Lawrence Quill is Professor of Political Science at San Jose State University. His books include Secrets and Democracy: From Arcana Imperii to WikiLeaks and he is a Visiting Fellow on Technology and Democracy project.

Martin Moore is Director of the Centre for the Study of Media, Communication and Power, and a Senior Research Fellow at King’s College London. He is the author of Tech Giants and Civic Power (2016).

Seda Guerses is a post-doctoral fellow at Computer Security and Industrial Cryptography (COSIC) in the Privacy Technologies Team at the Department of Electrical Engineering University of Leuven, and an associate fellow at the Center for Information Technology and Policy at Princeton University.

David Runciman is Professor of Politics at Cambridge University and co-director of the ‘Technology and Democracy’ project. His most recent book is The Confidence Trap: A History of Democracy in Crisis from World War I to the Present.

Ellen P. Goodman is Professor of Law at Rutgers University and co-founder of the Rutgers Institute for Information Policy & Law (RIIPL). She is also a visiting scholar at the University of Pennsylvania’s Annenberg School of Communication and has been a Senior Visiting Scholar at the Federal Communications Commission.  Ellen has written on digital platforms, the Internet of Things, spectrum and net neutrality policy, free expression and advertising law, and public media, and is currently working on data transparency and civic tech projects.

Malte Ziewitz is an Assistant Professor at the Department of Science & Technology Studies at Cornell University with a graduate field appointment in Information Science. Recently he was guest editor of a Special Issue of the journal Science, Technology and Human Values (vol 41.1: 2016) entitled ‘Governing Algorithms’.

Mireille Hildebrandt holds the chair of Smart Environments, Data Protection and the Rule of Law at the Institute for Computing and Information Sciences (iCIS) at Radboud University, Nijmegen, and since October 2015 she is a Research Professor at the research group for Law Science Technology and Society (LSTS) at Vrije Universiteit Brussels.

Power in the Digital Age: This week we're bringing you some of the ideas and voices from an event held in Cambridge to discuss power in the world of Facebook and Google. Where does Mark Zuckerberg end and Facebook begin? How are autocratic regimes taking advantage of the latest technology? Why is online shopping like the Truman Show? We talk with the people doing the most interesting research into how smart machines are changing the very basis of politics. It's scary, but it's also really interesting. 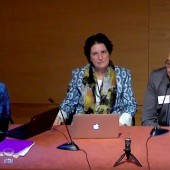 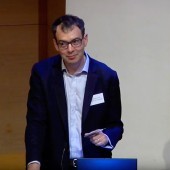 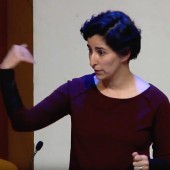 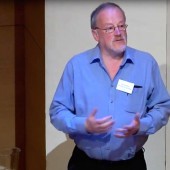