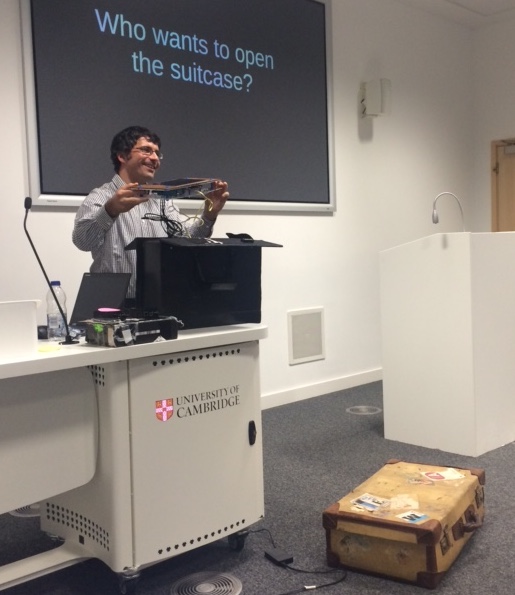 The Portable Snowden Surveillance Archive is a replica of the Snowden Digital Surveillance Archive – created and maintained by Canadian Journalists for Free Expression and researchers at the University of Toronto. The suitcase here is two tools in one: it is an autonomous wifi network and web server that enables one to search all of the until-now published Snowden documents; and is a surveillance demonstration tool, replaying the Internet Protocol conversations that occur between the user’s smartphone/tablet/laptop and the tiny server inside the suitcase.

The Sensing Mass Surveillance workshop presents the legal concept of privacy and examines our historical relationships with telecommunications providers. I then present a number of important mass surveillance programs revealed through the Snowden documents and introduce the audience to the Portable Snowden Surveillance Archive. Here, the audience will be able to search through all the documents as well as the media articles with which they were first published into the public domain. Finally, I show the audience how the Portable Snowden Surveillance Archive has been learning things about them and extend the conversation into debates over agency, consent and legal authority in the context of big data.

* For those who are interested, at the end of the workshop (from 2 to 2:30) we will build, from parts, our own version of the Snowden Suitcase to reside at Cambridge.  Please register your attendance via the Eventbrite link and indicate if you are interested in helping build the suitcase.

If you have a question about this talk, please contact Clare Dyer-Smith

Open to all
Part of the Ethics of Big Data Research Group, series

Power and Resistance is the theme of this year’s Cambridge Festival of Ideas, which chimes well with the themes addressed by Dr Evan Light, visiting CRASSH to introduce the Portable Snowden Surveillance Archive and suggest measures to resist the effects of the mass surveillance programmes that NSA whistleblower Edward Snowden made public in 2013. 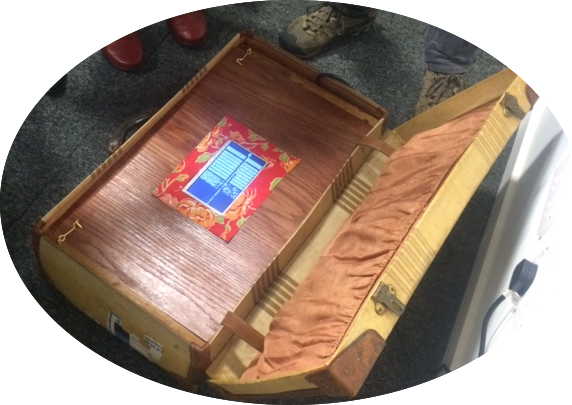 Artist Mark Farid @markfarid will be presenting an installation ‘Data Shadow’, revealing the extent of personal data collection that is possible from our mobile phones. This launches on 26th October and will be on display during the Festival.

The Epistemology of Digital Platforms 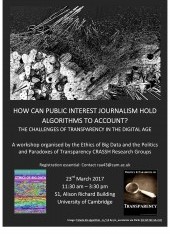 The Challenges of Transparency in the Digital Age

What’s in my stuff?

The Growth of Internet Services and Energy Demand – Is There a Limit?

Locating the Cloud in Sweden‘s North

The Quantified Self at Work

Managed by an Algorithm? The rise of ‘on-demand working’ and the ‘Gig Economy’

Surveillance and Employment Relations in a Data-Saturated Society

Why does Ethics Matter to Big Data? 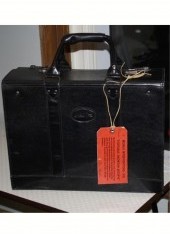 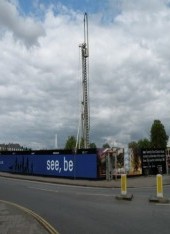