No-One's Memories and a Monument  to No-One: Memory Content as a Trade Currency

Lea David (PhD-Lecturer at the Sociology and Anthropology Department, Ben Gurion University in the Negev and Campus Eilat
Postdoctoral Fellow, the Strochlitz Institute for Holocaust Research, University of Haifa 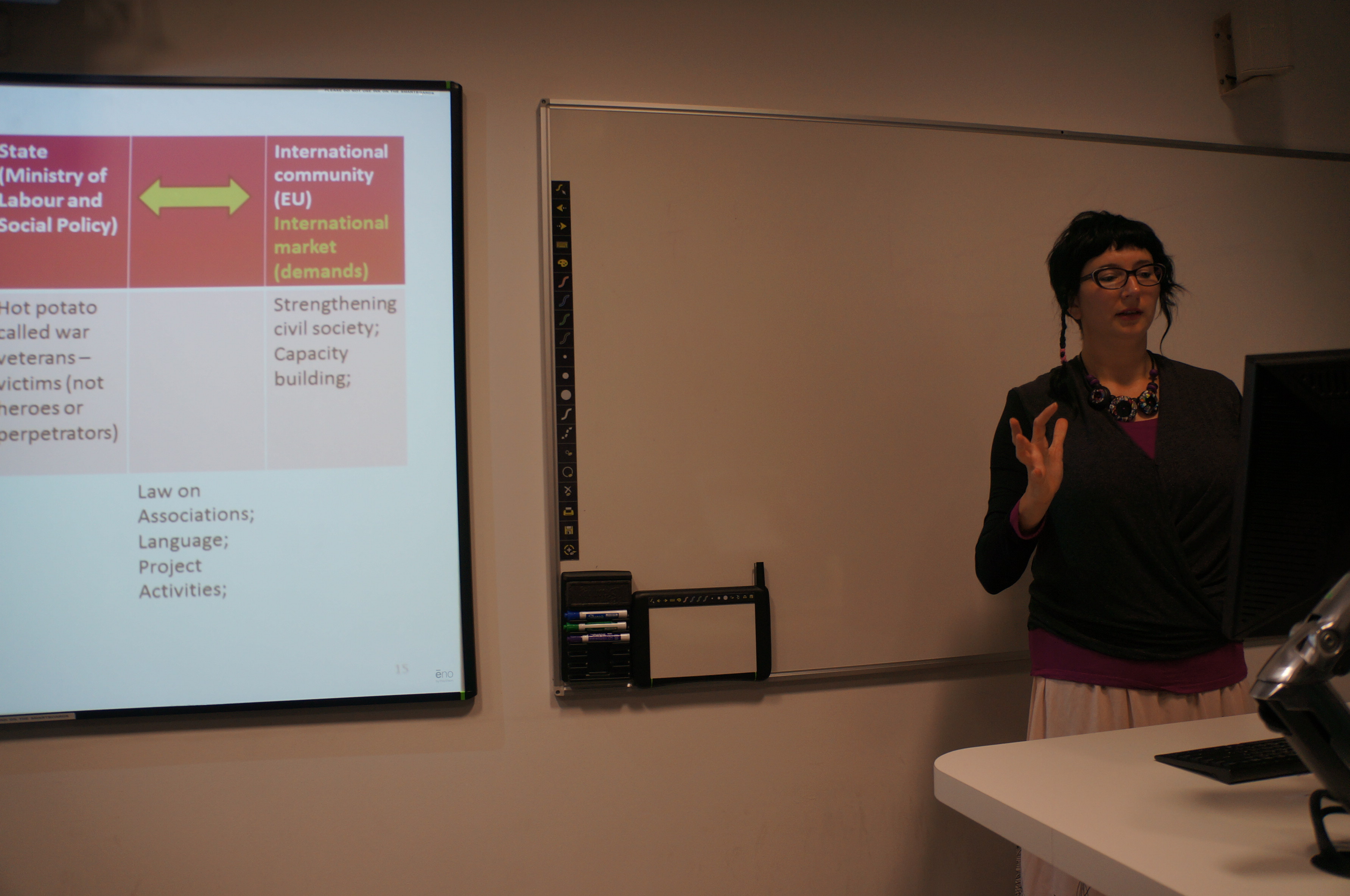 Reading (Mediating international and domestic demands: mnemonic battles surrounding the monument to the fallen of the wars of the 1990s in Belgrade, Lea David), for this session

Transitional justice, human rights regime and the Europeanization project all contributed the same effect where the European post-conflict states, or states with difficult past, are pressured to adhere to the “memorialization standards” - a Western memorial models as a template for the representation of past tragedies or mass crimes. This tendency for achieving certain unified standards of memory substantially alters the processes of memory construction among post-conflict states, producing room for memory content trade to take place. Speaking broadly of memory contents as changing interpretations of past events, I propose a conceptual model relevant for post-conflict states within which the emergence of trade of these memory contents may take place, specifically, that within particular global infrastructures, targeted governments may use memory contents, alienated from their first-hand carriers, as a currency and may trade them in various arenas in order to attain particular benefits. The model consists of three parameters regarding the states in which memory content may occur as a trade currency: 1) weak or small states that lack available recourses; 2) transitional societies in which their past is contested, accessible and flexible, and 3) a third party interested in promoting specific forms of memory construction on targeted states. The incongruities between what international agencies and powerful states demand as “memorialization standards” and what is demanded by voters in domestic electoral politics, have forced targeted states to engage in dual memory trade, promoting incongruent memory contents to local and international audiences. According to this model, targeted post-conflict states, or rather, their ruling political elites, use memory contents to trade both locally and internationally, in order to achieve benefits from these differing audiences. The side effect of these incongruent memory markets is the fragmentation and de-contextualization of memory, where memories are trapped in mnemonic groups who are deprived of the ability to voice their stories if these are not acceptable to the international audience.

Using the case of Serbia after the war of the 1990s, I show how the ruling political elite, through a systematic pattern of actions, used different memory contents as a currency to exchange for tangible and symbolic benefits, both domestically and internationally. Through discussion of the embodiment of the Monument to the Fallen of the wars of the nineties, I analyze what is being exchanged in a dual trade between the state and local audiences (such as Serbian war veterans, the Serbian Orthodox Church and certain segments of civil society) and between the state and elements of the international community. For example, I show how war veterans agree to be labeled as victims and not heroes in return for societal and other privileges, and why and how the state embraced the memory of the Holocaust as part of a trade for EU economic benefits and as a way of improving Serbia`s image.


Lea David finished her PhD at the Department of Sociology and Anthropology at Ben Gurion University, Israel. Her work examines how a transition to democracy is changing a content of a collective memory in Serbia and is producing new social categories. She explores how a contested past is managed through the clashes of the local and the global memory cultures. She has been lecturing on the memory studies, conflict in the Former Yugoslav countries and transitional justice at various Israeli Universities and Colleges. Her postdoctoral research under Dr Carol Kidron supervision (Anthropology Department, Haifa University) at the Strochlitz Institute for Holocaust Research, Haifa University deals with Memory Politics and Human Rights regime in International Relations.

Latest publications:
David L. (2015) “Dealing with the Contested Past in Serbia: De-contextualization of the War Veterans Memories”, Nation and Nationalism 21(1): 102-120.
David L. (2014) “Impression Management of a Contested Past: Serbia's Newly Designed National Calendar”, Memory Studies 7(4): 472- 483.
David L. (2014) “Mediating international and domestic demands: Mnemonic battles surrounding the monument to the fallen of the wars of the 1990s in Belgrade”, Nationalities Papers 42(4): 655-673.
David L. (2013) “The Holocaust Discourse as a Screen Memory: the Serbian Case” in (Mis)Uses of History: History as a Political Tool in the Western, Srdjan Jankovic and Veran Stancetic (eds.) CSDU: Belgrade. Vol.1: 63-87.

This event has been organized with the support of  Department of Slavonic Studies, MML and the Sociology and Anthropology Department, Ben Gurion University, in collaboration with CRASSH.

Ottoman Heritage in the Balkans as a Place of Amnesia

The Unclaimed Legacy of the Romanian Holocaust