This is new research and is partly propositional. I am interested in thinking through modes of syncretism (Law, 2013) to consider how material realities intersect with other logics, and how practices hold together empirically and imaginatively. Radiation and contamination are invisible matters not only because they are imperceptible to humans; the disaster exposed complex ties between people and the nuclear industry, tangled up in corruption and obfuscation. Forms of measurement and visualisation of radiation levels exist but they are often abstract. Geiger counter numbers are uncertain, and while fascinating visualisations of data proliferate (often thanks to NGO and volunteer organisations) they ‘don’t seem real’, they have a geo-logic. A common response has been to ‘defer the recognition of reality’. Risks are downplayed and the effects of low-level exposure has been normalised. Porous boundaries and arbitrary lines (whether mapping the evacuation zones or between bodies and contaminated matters) exist within a matrix of conformity, acceptance, ostracism and exclusion. I will begin by discussing ways of negotiating exposure to radiation and contamination such as the use of talismans I encountered in Miyagi in May this year. I will consider ethics in terms of the responsibilities involved doing anthropological research here, and anthropology as ethics (cf. Evens, 2009), illustrating some of this by way of memorialisations. It is striking ‘how alive the dead are.’ Here I explore exposure and ethics in terms of the uncanny, how absence is made present and the ‘geographies of love’(Wylie, 2009). Ultimately I am interested in the role of art and artists and the possibilities for art –anthropology. I will give examples of contemporary art, speculative means to counter ‘mainstream’ narratives, visualising invisible matters, as well as describe aspects of my proposed work, including installations and experimental printmaking using Japanese woodcut.

Open to all. No registration required

Re-imagining the Sound of a Mining Landscape (Civic Matter) 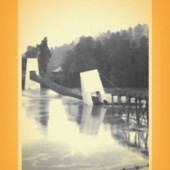 CANCELLED-Youth and Modes of Operating in Abidjan.

Militant Masks: Youth and Insecurity in the Niger Delta

KNITSONIK: Wool, Sound, and a Sense of Place

Skateboarding and the City

Re-Imagining the Sound of a Mining Landscape

Ruins of Utopia: Ponty to the University of the African Future”

Taking Infrastructure to its Geographical Extreme

Infrastructures of Exposure: Toxicity, Temporality and Political Economies in Africa

The Makeshift City: Radical Infrastructure and the Politics of Squatting in Berlin

Infrastructural Visibility: The Political Performance of Transport in Contemporary Mumbai

Roundtable on Scientific Infrastructure in Africa