The Cambridge Screen Media Group is delighted to welcome film critic Anthony Lane, who many of you will know from his wide-ranging, ever-insightful and frequently hilarious film reviews, which have been appearing in the New Yorker since 1993. This evening, he will be hosting a screening of Jean Renoir's 1936 film 'Partie de campagne' (39 minutes). This will be followed by a short lecture on the film, and on the debt that it owes to Maupassant's 1881 story of the same name. After a period of discussion, there will then be a chance, for those who wish to stay, to view another Maupassant adaptation: 'La Maison Tellier', the central section of Max Ophuls's portmanteau film of 1952, 'Le Plaisir'.

* For copyright reasons, we are unable to include footage of the films that Anthony screened on the evening. However, these can be sourced on DVD or online as follows:

The film can also be viewed online at http://www.youtube.com/watch?v=BfJ3y3ncJ44

The section, 'La Maison Tellier' can also be viewed in instalments on Vimeo (though missing the final sequence):

Free and open to the public, no registration required.

Part of the Cambridge Screen Media Group series.
For more information about the group, please visit the link on the right hand side of this page. 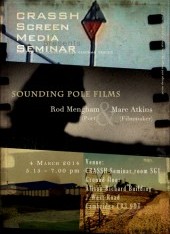 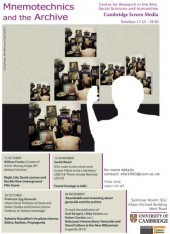