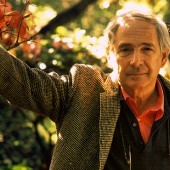 An interview with John Searle

During his recent visit to CRASSH, when he delivered a public lecture on Consciousness as a Problem in Philosophy and Neurobiology to a packed auditorium, John Searle gave the following interview to Tim Crane on 21 May. Here, he talks about Philosophy at Oxford and Cambridge in the 1950s, and the philosophers who have most influenced him. He discusses the book he's proudest of, the book he is about to publish, the book he refused to publish, and the subject he has in mind for his next book. He gives his views on Disjunctivism, human rights, animal rights, combining academe with politics, and on the branch of philosophy that puts him to sleep. Finally, he offers his opinion on the state of philosophy today, and provides some advice to young philosophers.