I know of only three instruments with which the morals of a people can be acted upon: the force of the laws, the empire of opinion and the appeal of pleasure.

As at least one perceptive chap has noted, fears of our networked world can be framed in terms of two great dystopian fictions. In Orwell's Nineteen Eighty Four the force of the laws cannot be escaped, resisted, or appealed. His totalitarian dystopia is a surveillance state perfected by technology, in which the will of the individual is simply crushed between pervasive propaganda and physical force. Huxley's Brave New World, by contrast, turns on the appeal of pleasure. He describes a natural and rigid hierarchy of the sort Boris Johnson might approve (provided, of course, he turned out to be a genuine Alpha and not just a well-connected Gamma with a classical education), sweetened by chemical pleasure. Orwell and Huxley each set themselves against utopian visions of the perfectibility of government, society and humanity itself under the direction of enlightened engineers. And in each of their visions the messy democratic world of government by public discussion ceases to exist.

Dave Eggers, in his latest novel, The Circle, also sets himself against a utopia of engineered perfection. He echoes the propagandistic slogans of Nineteen Eighty Four, hints at the dark side of the capacity for pervasive surveillance, and suggests that the pleasures of our consumer society will lead us to walk willingly into our chains. However, he does not describe a totalitarian state in which the individual will is either crushed or bypassed altogether. His target is a distinctively democratic form of despotism: the tyranny of opinion.

In Eggers' novel, the empire of opinion is ruled by a web company, the Circle. A combination of Facebook and Google, it has gobbled up the competition and reached such a critical mass of influence that everything that is not actually inside it is trapped in its orbit.

The Circle is run by three wise men. Ty is the reclusive hoodie-wearing techie who has come up with TruYou, an identification tool that has apparently civilized the net and made possible the integration of social media and commerce. Stenton is the corporate shark, who has successfully monetized the company's monopoly on communication. And Bailey is the chief ideologue of the company, who preaches transparency for everyone and everything except, somewhat predictably, himself.

The ethos of the Circle, as Bailey puts it, is "ultimate transparency. No filter. See everything. Always". Transparency is on the one hand a mechanism of morality, using the eyes of others to enforce good behaviour. Bailey would surely have agreed with Wolmar, a character in Rousseau's Nouvelle Heloise, who declares that "one principle of morality can take the place of all the others, and it is this: never say or do anything which you would not want everyone to see or hear”.

But the value of transparency is also tied to innovation and collective wisdom. By gathering data about anything and everything, the Circle promotes the growth of knowledge and of new techniques to improve health, wealth and well-being. All of which serves to justify the company mission statement: "All that happens must be known."

The novel opens with Mae Holland, a twenty-something graduate, arriving at the company’s pristine California campus. "My God, thought Mae. It’s heaven." Rescued by her university friend, Annie, from a career of slow-paced drudgery in a public utility, Mae has been given a coveted entry-level job at the Circle, in ‘Customer Experience’. This involves responding to a torrent of customer queries and following up with ratings – everything at the Circle is measured. It is fast-paced drudgery, but Mae welcomes it, dazzled by the sheer proximity to power and the prospect of advancement. The Circle is more than an employer: it is a community, and it quickly becomes clear that her participation in social events – her ‘PartiRank’ – is crucial to her success. Mae is initially sceptical about the incessant group activities and the pressure to take part in them, and cherishes her time alone canoeing on San Francisco bay.

The story turns on one such canoeing trip. It follows a tense evening with her parents, who have become irritated by her manic devotion to social media, and an argument with her ex-boyfriend Mercer, who patiently explains to Mae the problem with the utopian vision of the Circle: "…it sounds perfect, sounds progressive, but it carries with it more control, more central tracking of everything we do."

"Mercer," she replies, "the Circle is a group of people like me. Are you saying that somehow we're all in a room somewhere, watching you, planning world domination?"

"No. First of all, I know it's all people like you. And that's what's scary. Individually you don't know what you're doing collectively."

Mae escapes to her friend’s canoe centre. Finding it closed, she borrows a canoe and heads out for a midnight paddle. However, thanks to the SeeChange cameras (another Circle innovation) installed along the waterfront, Mae is seen and then arrested. She expects to be fired, but instead she is subjected to an excruciating encounter with Bailey, in which he leads her through a series of questions - more Maoist than Socratic - to denounce herself and then put in her own words the slogans, "Privacy is theft", "Sharing is caring", "Secrets are lies".

Her penance, which she enthusiastically embraces, is to become "totally transparent", wearing a camera from morning till night (with bathroom breaks, of course). Her live feed is followed by millions. Politicians are then strong-armed into going "transparent". More innovations follow, culminating in a project to track anyone, anywhere. For a live demonstration Mae picks Mercer, who has tried to go "off the grid" but within minutes finds himself being chased by a swarm of drones trying to get him to respond to messages of friendship. He drives off a bridge. Bailey later observes, in what I thought was the funniest line in the book, that this tragedy would never have happened if we all had self-driving cars.

As a novel, I have to say The Circle was a disappointment. I wasn't invested in the fates of any of the characters. I found Mae's conversion to the ideology of transparency unconvincing. And I thought that the metaphor Eggers uses of a transparent shark eating all the beautiful fish in the tank because they have nowhere to hide was clunky, to say the least.

The internet is often thought to fragment, disaggregate, diversify and polarise. Eggers, strikingly, tells a tale of uniformity and pressure to conform. This comes out most convincingly in his claustrophobic account of life inside the Circle itself. The Circlers are socially isolated, under intense pressure, fully committed to the project, selective in their hearing, hostile to dissent within the group and dismissive of dissent from outsiders.

It is here inside the Circle that Eggers’ critique of "ultimate transparency" has most force. For Rousseau, the "empire of opinion" was a realm of constant comparison and dependence on the opinion of others for one's ability to love oneself. This is Mae's fate, as she comes to measure her worth through her PartiRank. In being exposed to so many people all the time Mae is effectively alone, unable reflect on her situation in relative seclusion. The only time she can talk frankly with her friend Annie is in the bathroom. The conversations outside the bathroom have a generic quality, as insincere as a telemarketer's script. The enforced publicity thus brings out insincerity and conformity.

Eggers, however, tells us little about the world outside the Circle, and what he does tell us is so thin and cartoonish that it is hard to take seriously. Who are these people watching Mae's live feed? Do none of them have jobs? Are we supposed to believe this image of an almost uniform public outside the Circle sitting in rapt attention, waiting for the next glimpse of the inner workings of one Circle employee? Why would politicians agree to "go transparent"?

"The majority," Alexis de Tocqueville once wrote, "possesses a power that is physical and moral at the same time, which acts upon the will as much as upon the actions and represses not only all contest, but all controversy". This, I think, is the kind of tyranny Eggers has in mind in The Circle. Yet for Tocqueville, the threat lay in the web of connections between majority opinion and ruling institutions – the presidency, legislatures, the juries, judges, press, even administrations.

Eggers, by contrast, doesn't show how the Circle's empire of opinion links up with the force of law, even though his larger dystopian vision turns on the world outside the Circle.

Without this connection, we are left not so much with a democratic dystopia as a lament about a cult-like company and the irritations of social media. There are many plausible dystopias that could develop from our networked world, but I'm not convinced the Circle is one of them. 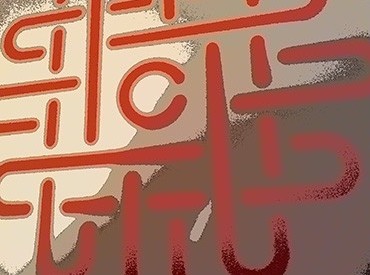 Detail from the cover of The Circle