The CRASSH he helped get off the ground has grown and changed, but elements of his blue-print survive, along with its distinctive acronym.

During the move from the old Cambridge Press building on Mill Lane, a historic document surfaced – the architect’s plans for what later became CRASSH. The freestanding raised building was to have been tucked into an unused corner of the Sidgwick Site. In my recollection, it consisted of ten or so offices surrounding a large indoor open space. What immediately struck me was its resemblance to the ground-plan of the Canberra Humanities Research Centre (HRC) at Australian National University, where Ian Donaldson was the founding director from 1974 until 1991.

I was lucky enough to spend six happy and productive months during the mid-1980s at the HRC. I remember both Ian and the HRC with special fondness from that period. The office doors opened in synchrony at Australia’s "tea-time" (11 o'clock coffee) and fellows congregated in the open space that doubled as a reading room and conference room. Ian was a welcoming and genial presence, presiding over the HRC's activities with grace, humour, and canniness. He occupied a role that overlapped with diplomacy – the HRC was expected (and funded) to play its part in Australian national culture.

The HRC became a model of its kind, and a magnet for visitors from all over the world. Ian convened or supported a huge number of interdisciplinary conferences and a distinguished series of HRC publications. He had the gift of knowing when to steer and when to turn the HRC over to others. He was open minded and supportive, although capable of gentle scepticism or polite disagreement, expressed in a distinctive three-note call (with a rise on the second word and a slightly prolonged descending note on the last): "is that so-o-o." He was the very model of a modern diplomat-director. A photograph dating from the 1980s conveys his charm. (Fig. 1.) 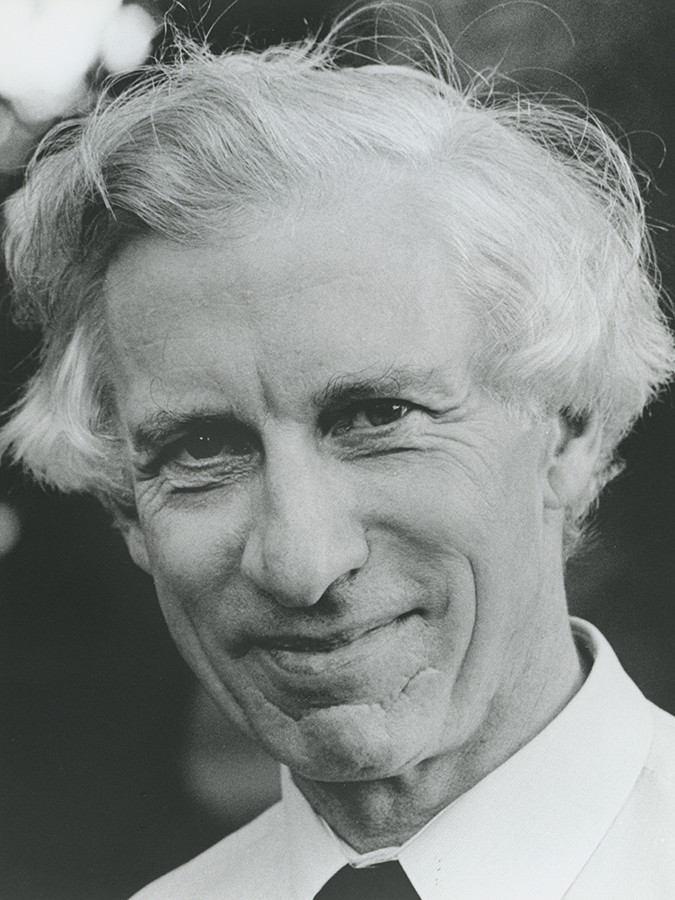 Fast forward to millennial Cambridge. The architectural plans hold sobering lessons. What worked for Canberra had to be adapted to Cambridge. In 2001, Ian was the proverbial safe pair of hands to set up the new Centre for the Arts, Social Sciences and Humanities (CRASSH, his iconoclastic acronym – controversial at the time). His first task was to persuade the Cambridge academic constituency that it needed a Humanities research centre at all. Cambridge had no lack of international visitors, and it already had an undisputed place in national academic culture. What it lacked was opportunities for creating interdisciplinary encounters across and beyond its faculties, and (not least) for generating interdisciplinary and international research collaboration in the new era of Humanities and Social Science research funding.

CRASSH became an engine for disciplinary change – extending to early career researchers as well as faculty and visitors. Nor was the initial research model the only thing that evolved. When it came to the move from the cramped and shabby space that Ian had managed to capture for the first incarnation of CRASSH, the then-Head-of School asked me how many offices I thought we’d need. I counted up what we had, added a few and one for the administrator. You’re never going to get that many, he said. And so CRASSH converted to the open-plan model beloved by architects (academics, not so much).

Ian’s dream of a dedicated research centre inhabited by visiting fellows (each behind their own door) has morphed into a different ground-plan: a ground-floor wing of the Alison Richard Humanities Building opening off the central atrium – at the heart of the Sidgwick Site, in the thick of things, on the way to the café, with post-graduate groups, post-docs, faculty, and visitors coming and going, and conferences spilling into the central space. Although it wasn’t exactly what Ian had envisaged, I think he would have approved. The CRASSH he helped get off the ground has grown and changed, but elements of his blue-print survive, along with its distinctive acronym.

– Mary Jacobus (Director of CRASSH from 2006 – 2011 and Emeritus Grace 2 Professor of English, University of Cambridge)

I first met Ian in 1986, when I was studying at the Australian National University (ANU) in Canberra and Ian was then Director of the ANU’s Humanities Research Centre. I had just come up to ANU from Tasmania on a National Undergraduate Scholarship to study Arts/ Law, and many of my fellow students in the English Department were like me – enthusiastic to make the most of all the opportunities available to us at the centre of the Australian cultural and political stage, but homesick for the more rural and regional landscapes in which we’d grown up. Many of us were the first of our families to go to University and we were often a very long way from home. Ian, by this stage, had been Director of the HRC since 1974, and the English Department in the 1980s was an intellectual powerhouse led by Stephen Prickett, Rich Pascal, Axel Clark, Jane Adamson – enthusiastic, generous and gifted teachers all. In the first year or two of our undergraduate study, we didn’t have much to do with the HRC, but Ian remained a warmly supportive presence at Departmental seminars and meetings. He combined enormous erudition with an open, encouraging attitude to the intellectual maturation of all his students, and when, in third year, I had the opportunity to study sixteenth- and seventeenth-century dramatists with Ian, I knew it to be an extraordinary privilege. Despite the claims the HRC made on his time, the demands of international visitors and a heavy research seminar timetable, Ian made every undergraduate feel valuable. From Ian I learnt that being an academic was not just about mastery of one’s field (though that is clearly important, and no one knew more than Ian) but also about encouraging every individual student to feel their own way forward through the material, building confidence in their own critical judgment. As we all read Volpone, The Alchemist, Bartholomew Fair, with Ian, he taught us to find our own voices.  In an institution where many of us were also studying law or politics, and spending alternate days at the High Court or the Houses of Parliament, Ian showed us (both through lectures and by the brilliance of his own example) the value of the humanities in the wider public sphere.

In my last year or two at ANU, I attended more seminars at the HRC, and began to understand more about the interdisciplinary and transnational work it was performing. Attending seminars by the likes of Professor Northrop Frye and Clifford Geertz opened my eyes to all the things I wanted to read and learn about in the years ahead. The ANU of Ian Donaldson changed my life and I feel grateful on a daily basis for all that I learnt there.

When I returned to academia to do my PhD after a few years as a lawyer, Ian was one of my referees for admission to Cambridge. I was just finishing a Junior Research Fellowship when Ian came to Cambridge himself, and he told me all about his plans for an HRC-like institution in Cambridge, to be called CRASSH – a curious case of intellectual transplantation from the periphery back to the centre! In those early years, CRASSH existed in the cramped premises of Mill Lane, powered mostly by Ian’s extraordinary vision, but it soon grew to be so much greater than the sum of its parts. I last saw Ian in Melbourne several years ago when he so kindly attended a lecture I gave there, and we shared news of what CRASSH was now up to. It has been an honour and a delight to be Deputy Director of CRASSH from 2017-2020, and that sense of privilege has been heightened by the knowledge that I have been walking in the footsteps of giants. Ian, thank you – so many of us from ANU and from CRASSH owe you so much. 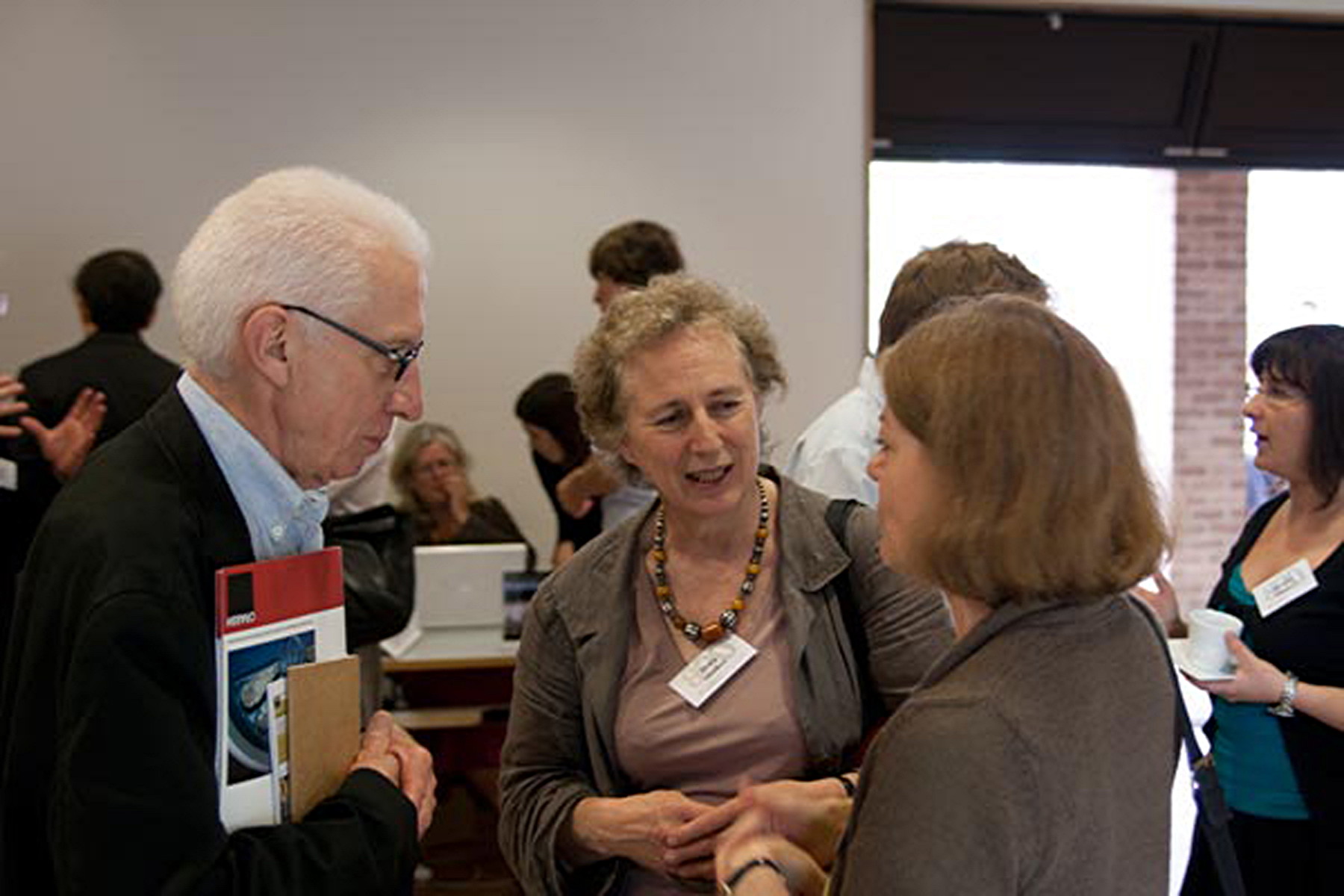 Appendix: CRASSH's Ordinances were written by Professor Hugh Mellor (Emeritus Professor of Philosophy in the Faculty of Philosophy, Cambridge). He raised the initial funding for CRASSH and delivered it to the Boards of all the Faculties and the two Schools. To publicise CRASSH, Professor Mellor organised public meetings at the Lady Mitchell Hall and at the British Academy. The space on Mill Lane (behind the Pitt Press Building) was found and acquired for CRASSH by Professor Mellor when it was being vacated by DAMTP. 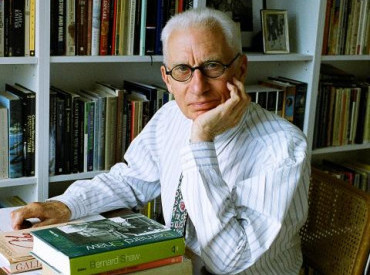 Image courtesy of the British Academy