Do you work on issues of religious diversity and secularism? Do you care passionately about the past, present and future of the university?

Following the successful Summer Workshop on Religious Diversity and the Secular University in July 2018 (for a digital record of the 2018 Summer Workshop, see here), the Centre for Research in the Arts, Social Sciences and Humanities (CRASSH) at the University of Cambridge invites applications from outstanding early career scholars to participate in a two-week summer workshop in July 2019, devoted to some of the most critical issues in the emergence of the modern university and our historical moment: the related questions of secularism and religious diversity.

Three world-class senior scholars will be in residence to lead the workshop:

For two weeks, fourteen junior scholars will work with the scholars-in-residence as well as with the members of the CRASSH project, Simon Goldhill, Theodor Dunkelgrün and Sami Everett. Together, participants will study a set of primary sources selected by the senior scholars and engage critically with work-in-progress by each participant.

We welcome applications from scholars in any academic discipline whose work relates to questions of secularism and the place of religion(s) in the modern university (since ca. 1800) and who will not be more than seven years beyond obtaining their doctorate (having been awarded their doctorate in July 2012 or later). Applications from doctoral students in the final stages of their dissertations may also be considered. We are keen to invite those across the humanities and social sciences who engage with the dynamics of religious interaction in historical, textual, and social perspectives, with the formation of academic disciplines that study religion(s) in one way or other and with the intellectual, methodological and conceptual foundations thereof.

The workshop will run from 1-12 July 2019. We shall award a maximum of twelve scholarships that provide up to £500 towards travel, as well as two weeks of room and board in Cambridge.

Applications are made online and should include a cv, two letters of reference, a writing sample and an indication of the topic of the likely work in progress for discussion.

The deadline for applications has been extended to 15 January 2019.

This workshop is part of a research project devoted to Religious Diversity and the Secular University, funded by the Andrew W. Mellon Foundation. 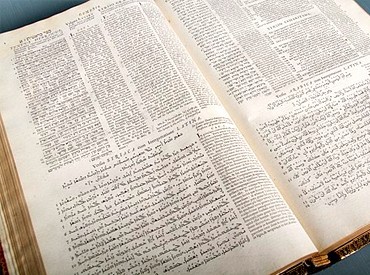