Proofs of the Pudding

Proofreading is a necessary routine, which many writers experience as a chore, or at least claim to. But it is very much more than that. It is a magical ceremony that goes to the heart of everything that is involved in processes of thinking, knowing and making known.

To be a researcher is always to have to be, sooner or later and one way or another, and rather to the surprise of some researchers, a kind of writer. It might not be that that writing is seen as an essential part of the research but there is no research, whether in engineering, entomology or English literature, in which writing – writing down, writing up – does not form some part of the research process. And if that writing is going to be published, it will need to undergo at some stage the more or less formal process of being proofread. I have myself just begun this process, inching my way through the proofs of a 140,000-word book that happens to be largely about the rituals, obsessions and fantasies involved in the making of knowledge. Proofreading the book has made me realise that a discussion of the proofreading process is many of the many things missing from it. Proofreading is a necessary routine, which many writers experience as a chore, or at least claim to. But it is very much more than that. It is a magical ceremony that goes to the heart of everything that is involved in processes of thinking, knowing and making known.

The proofing in question is a kind of probation, another experience undergone by many new researchers, and a word to which it is related, as in the process of ‘proving’ a will. The probation of proof-reading is indeed like undergoing a trial for one’s errors. But in the fifteenth century the word ‘prove’ was also commonly used to mean ripen, thrive or prosper, and, at least for me, the word has a whiff of the sense that lingers in the ‘proving’ of a loaf, and in the word ‘improve’. This idea of proving not as logical demonstration but rather as a kind of coming about, or ‘proving to be’, must be at work in the otherwise lunatic observation that ‘the proof of the pudding is in the eating’, which can obviously have nothing sensible to do with the verification of the putative pudding’s existence, but must rather indicate something like its fulfilment or consummation. As such, reading proofs involves a process of discovery or acquaintance for the first time, that allows writing to prove to be, to rise up before you as what it in fact and at length has become. Suddenly, when ‘set up in print’ as the expression used to be, the phrases dashed off or wrung out, on beach or at bus-stop, seem to glow with irreproachable authority. Such authority can be hard to live up to, and proofs not only allow me to check that what I have written is what I meant to, they more importantly allow me to check that what I have written can be taken to mean what I would like to be taken to have meant by it.

At this stage of the process, much of my time is consumed in responding to the little ‘AQ’ or ‘Author Query’ marks inserted into the text by the copy-editor, who has preceded me in reading through the text, on the lookout for errors, obscurities and actionable falsehoods. I have never met this person and probably never will, even though I will spend the best part of the next fortnight locked in semantic tussles and haggles with them, and feel they must know me as intimately as a gentleman used to be said to be known only by their tailor.

It can indeed be an uplifting process, and on the whole it is one I enjoy, for some of the same reasons as I enjoy indexing, which proofreading resembles. But the possibility always exists for this fermentation to run out of hand, as when Paddington bear is left alone in the kitchen to make the lunchtime dumplings. [AQ – obscure allusion? Reference needed perhaps?] Proof-reading can prompt desperate frenzies of exculpatory explanation and qualification, which can grotesquely over-egg the pudding.

Now that proofreading is mostly electronic, one no longer needs to master the ancient magical squiggles that used to indicate deletion, insertion, font changes and so on. Still, some of the occult pleasures of proofreading remain. Rarely nowadays, and not even in Cambridge, will one have the opportunity to communicate casually with a complete stranger in Latin, and, what is more, Latin that has a Hogwarts-like power to perform spells. ‘Stet!’, I have been booming third-person-present-subjunctively in the margins of my text for the last three days: ‘Let it stand!’ – the closest I will ever come to uttering the divine ‘Fiat!’, ‘Let there be!’.

At the same time, proofreading can be an experience of almost erotically intense humiliation, as one’s misconstruals, jumbled syntax, illogicalities and infantile jokes are exposed to the shrivelling glare of visibility. I have never had the courage to read reviews of my work, and my family are under strict instructions never to bring them to my attention – especially the good ones, because of their rarity the most toe-curling of all. But proofreading involves reading one’s own reading being read, trudging, word by word, in the footprints of one’s copy-editor. My current copy-editor has a habit of enquiring, as though over the top of a pair of donnish half-moons, ‘[AQ Are you sure?]’. Well, now you ask, no, I’m not a bit sure. In fact, being asked this question drains away my sense of assurance from almost every sentence in what publishers still call the ‘manuscript’, though it is in fact no such thing. Possibly this is good for me.

For the last few years, I have noticed, people have been urged to ‘own’ things, not in the sense of possessing, but of acknowledging or embracing them. Proof-reading effects a similar injunction. By forcing you to own up to what you have said, you are able to own it, perhaps for the first time, precisely because you are encountering it in a way that temporarily estranges it from you. Strange that you can only properly own something, as what we call your intellectual property, by having it temporarily taken away from you and returned to you as your own cradle-snatched offspring (Do you recognise this writing, sir?). Allowing you as it does to ‘come into your own’, the proof-reading process seems in this sense to be a little mirror or mis-en-abîme of the whole process of coming to know things, and convincing yourself you know them through making them known to others, to which we give the name 'research'.

Provided he finishes the proofs on time, Steven Connor’s The Madness of Knowledge: On Wisdom, Ignorance and Fantasies of Knowing will appear from Reaktion in early 2019. 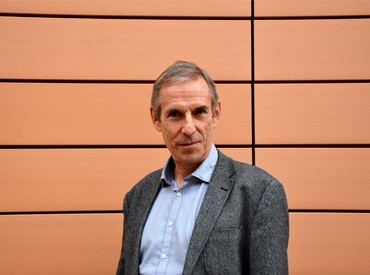