We should call out ‘prude-shamers’ just as we have learned to call out ‘slut-shamers’.

One was to think for ourselves: not to accept the ‘masks’ handed to us under the name of feminism. Prostitution is not a ‘lifestyle choice’ for a child. Sexual violence is not ‘humour’ that we somehow fail to get. We should call out ‘prude-shamers’ just as we have learned to call out ‘slut-shamers’. (This last struck a particular chord with the audience.)

The second was to collaborate, co-operate, be generous with each other. Walter did not pretend this was easy. But she worried that the greater good could be lost in negativity, recrimination, the contentious and rigid demarcating of positions.

The third – and I am to some degree putting words into her mouth here – was not to retreat into idiolects. In her work with Women for Refugee Women she has had to speak different languages: that of the media (direct and anecdotal), of NGOs (too top-down? she worries), of legal advisers, of politics. ‘There is no language for “love” at the Home Office.’ But there needs to be language that can speak across all of these, or her project – and many others of grave importance – runs into the sand. Where is academic language in this? Is it doing anything to help? In its current state, can it do anything to help? It is a crucial question for an academic audience. We should examine ourselves.

This last challenge reminded me of a compelling video piece by the Moroccan artist Bouchra Khalili that I saw last year at a show of contemporary art from the Arab world. It was called The Mapping Journey Project. In a darkened room hung  four large screens. Projected on either side of each screen was a map of the Mediterranean and the countries around it; across the map moved, rather jerkily, a hand holding an indelible pen, drawing an apparently random route around and across the sea. Only when one put on the headphones in front of each screen did the point of the work become apparent. Each of the hands belonged to a migrant who, as they drew, described in dispassionate tones the mechanics of their journey from North Africa to Europe. The work could have been alienating; or it could have provoked only a sentimental response. Instead, the simplicity of the narratives, the sense of emotion, experience, context compressed into the story of the journey, was utterly involving. It urged the listener to reach out of their own world, to imagine and empathize, in ways that a more complex and – as it were – annotated account could not. The story is of migrant labour, not of refugees; only one of the migrants, as far as I remember, was a woman. But to trust in the simplicity of language to gain an empathetic response: this was at the heart of the piece.

In courteous listening; in generous exchange; in language that strives to leap across divides of race and class and age and experience – or, to use Natasha Walter’s own word, in solidarity: this is how we, as feminists, should be moving forward. 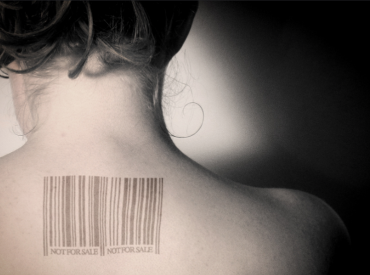