I greatly enjoy writing about nineteenth-century natural history, which cannot be divorced from a wider global context. Empire crops up time and again, often in unexpected places.

Matthew Holmes is a Postdoctoral Research Associate on the ERC-funded project The Global as ARTEFACT: Understanding the Patterns of Global Political History Through an Anthropology of Knowledge – The Case of Agriculture in Four Global Systems from the Neolithic to the Present (ARTEFACT) and a member of the Centre for Global Knowledge Studies (gloknos).

Q. Matt, you recently joined the ARTEFACT team. Could you tell us a little about what the project is interested in?

Q. How does this topic relate to your own areas of interest? Have you worked on similar topics previously?

As a historian of science and environmental history, ARTEFACT is a natural fit with my research interests. I greatly enjoy writing about nineteenth-century natural history, which cannot be divorced from a wider global context. Empire crops up time and again, often in unexpected places. For example, while writing about the near-terminal decline of the red squirrel in Scotland, I found that one British traveller had attempted to send a squirrel to Scotland from India in 1803. Such was the novelty of the animal that a local magistrate mistook it for a bird! My other research interests focus on the history of plant breeding and biotechnology. I’m fascinated by lost or forgotten means of manipulating life, whether through cell fusion, irradiation or grafting. Working on the development and spread of agricultural technology and knowledge for ARTEFACT is therefore familiar ground for me, albeit on a much larger scale and with a fantastic team backing me up!

One of my first contributions to the ARTEFACT project will be to present a joint talk with Dr Inanna Hamati-Ataya at the Cambridge Festival of Science in March. This talk will look at the mixed reception of genetically modified crops from a historical perspective. I also hope to contribute to ARTEFACT through my related project ARTEFACT-Hybrid. In this monograph project I uncover the controversial history of plant and animal grafting and transplantation. This story is very much about how politics and knowledge intertwine on a global scale. On the one hand, I explore how classical genetics, underpinned by Mendelian laws of heredity, became a globally accepted norm. On the other, I demonstrate how accounts of grafted plants and animals exchanging hereditary material seemingly undermined the foundation of classical genetics. When the Soviet Union turned against genetics during the 1930s, this dispute took on a decidedly political feel. Or, as we might put it in the context of our project, debates over the knowledge produced in laboratories, greenhouses and orchards influenced the development of global political structures and institutions.

ARTEFACT is funded by the European Research Council under the European Union’s Horizon 2020 Framework Programme for Research and Innovation (ERC grant agreement no. 724451) 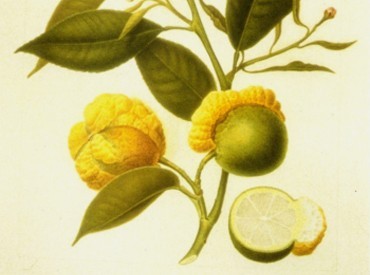