My research looks at the role of West Africa in the development of ideas about the economy, humanitarianism, and empire in the modern period.

Bronwen Everill is Class of 1973 Lecturer in History, Gonville & Caius College, University of Cambridge, and has spent the last term of 2020 as a Cambridge Early Career Fellow with CRASSH.

Q. You recently joined CRASSH as an Early Career Fellow. Could you tell us a little bit about what you are working on during your fellowship?

I am in the process of writing a few different pieces on the port city of Freetown, Sierra Leone during the nineteenth century, looking at its role in shipbuilding and repair, and its port-based service economy in the broader Atlantic World.

I have just published a book looking at West Africa’s role in the development of ideas of ethical capitalism in the nineteenth century (Not Made By Slaves: Ethical Capitalism in the Age of Abolition, HUP, 2020). In the process of writing that book, I kept coming back to the fact that Freetown is very much part of an Atlantic World of ideas, economic practices, consumer culture, and, probably, looked a lot like other port cities in the century. I wanted to explore some aspects of this in looking at how people worked in the city, and what role its port-facing economy played in shaping life in the city.

Q. If you are currently working an article, could you tell us about it?

During my fellowship, I finished up an article exploring the ways that urban port cities provided flexible, informal work opportunities for households in the nineteenth century. It argues that the ‘gig’ economy is not new, but that informal and sporadic work, undertaken by large and diverse households, and mobilising labour as well as other assets, was common in port economies in the nineteenth century. Using a census of Freetown from 1831, we reconstruct different household types and explore the occupational structure of the city.

Q. If you recently published a book article, could you tell us about it?

I published the article "For the services of shipwrights, coopers, and grumettas": Freetown’s ship repair cluster in nineteenth-century Sierra Leone in History of Science this autumn. It explores the development of a ship repair cluster in the city’s port, why and how the cluster developed, and what competitive advantages it offered the city. 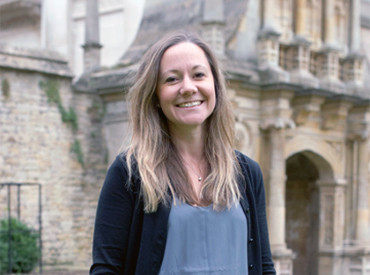