CRASSH's research centres and projects allow for a continual and lively exchange of interdisciplinary ideas, intellectual rigour and real-world solutions.

CRASSH runs a programme of interdisciplinary, collaborative research projects and centres funded by a number of different sponsors. Hosted or co-hosted by CRASSH, they are located in the Alison Richard Building (ARB) and at other locations nearby on the Sidgwick Site. The project and centres are an integral part of CRASSH's intellectual debate and their work is far-reaching, both within the academic context, as well as in policy and public life.

ARTEFACT aims to offer a novel understanding and theorisation of ‘the global’ by examining the constitution and transformation of global political structures from the anthropological perspective of humankind’s epistemic development. To do so it takes as a case-study the emergence and diffusion of four major global agricultural revolutions of the ancient, medieval, modern, and contemporary eras, focusing on the patterns and pathways characterising the co-constitution and co-evolution of global and international socio-political and epistemic structures and processes in each of, and across, these major historical configurations.

Beyond the Cold War, toward a Community of Asia (CWCA)

Research in the field of Digital Humanities makes use of innovative tools and methods for investigating both traditional and new forms of data and media, in addition to pursuing opportunities to interrogate and reflect on the knowledge and insight that 'the digital' affords. By its nature, Digital Humanities is collaborative, encouraging mutually creative interaction between those in the humanities disciplines and specialists in computing or digital technologies.

gloknos (/'glɒnɒs/) is a multi-disciplinary research centre and intellectual community concerned with the constitution, diffusion, exchange, and use of human knowledges throughout history. It aims to foster advanced cross-disciplinary research and pedagogical training in Global Epistemics, as well as cross-sectorial exchanges and initiatives, through a global network of associate members and partners engaged in academic and public-oriented collaborations and activities.

Centre for the Humanities and Social Change, Cambridge

The breadth and depth of technological change is impacting all areas of society and leading to unprecedented social change. What are the perils and possibilities of technology for democracy? What is the impact of technology on social cohesion and cultural diversity? Do we need a new ethics for technology? These are some of the critical questions facing society today. The centre encompasses two research projects at CRASSH: Expertise Under Pressure and Giving Voice to Digital Technologies.

What is the role of experts in understanding social change? Expert judgment today is both intensely sought out, across private and public spheres, and also intensely criticised and derided with well-publicised failures to predict various high profile social and natural phenomena. The project runs three case studies in which expert judgment is both consequential and controversial. They are the UK Government’s emergency response, the use of agglomeration theory in city planning, and deep philosophical controversies about the possibility and objectivity of social science.

"Hey Siri, how should I vote in the next national election?" The research and activities being undertaken as part of this project explore several key ethical and social issues relating to Artificially Intelligent Communications Technology (AICT). The project's events are designed to establish a dialogue involving academia, industry, government, and the public.

Minderoo Centre for Technology and Democracy

The Minderoo Centre for Technology and Democracy is the inaugural node in a planned international network of academic programs established to rebalance power and restore agency in a world dominated by digital platforms. The project will examine themes of tackling lawlessness, empowering workers, and reimagining tech.

Good public policy should make society healthier, happier, safer, and more productive. To this end, this project aims to bring together cutting-edge work in epistemology with the expertise of leading social scientists. It will analyse some prominent qualitative studies in sociology and political science, and it will contrast them with some prominent quantitative studies based on econometrics.

Religious Diversity and the Secular University

One of the most pressing contemporary problems not just for the academic community but also – and more disturbingly – for the political order of the world is how to understand and respond to the current toxic combination of religion and politics. It is a fundamental concern on the one hand for the issue of diversity. This project aims to approach these problems from a new direction and with new methods of engagement. It places the dialogic dynamics of religious interaction at the heart of a series of interlinked workshops, summer schools and seminars, to explore how the university can explore the issue of religious diversity in the most sophisticated, historically grounded and productive manner. 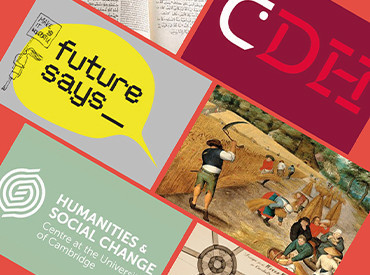