Simon Beard and Lauren Holt are Research Associates at the Centre for the Study of Existential Risk.

The full title of this article is 'Catastrophic failure of Earth's global systems led to the extinction of the dinosaurs – we may yet go the same way'. It is republished from The Conversation under a Creative Commons license. Read the original article.

“Why did the dinosaurs die out?” The consensus, among palaeontologists and dinosaur crazy seven-year-olds alike, seems to be that about 66m years ago a 10km diameter asteroid crashed into what is now Central America. It raised up a cloud of dust and ash that spread across the upper atmosphere, blocking out the sun, cooling the Earth and destroying the ozone layer that protects life from harmful cosmic radiation.

These effects lasted more than a decade, devastating Earth’s plants and plankton. The devastation rapidly travelled up food chains, first killing off the large herbivores, who were unable to find enough food, and then the carnivores, who soon found themselves in the same position. A staggering 75% of species, including all “non-avian” dinosaurs, died out. This event, known as the end-Cretaceous mass extinction, is one of the “big five” such extinctions known from the past 500m years of Earth’s history.

But this was not the only dramatic event to coincide with the death of the dinosaurs. At around the same time, in central India, a truly colossal series of volcanoes were spewing out over a million cubic kilometres of lava together with sulphur and carbon dioxide that changed the climate and caused global acid rain. Meanwhile, a slowing of undersea tectonic activity led to one of the most rapid periods of falling sea levels in the history of the planet, devastating coastal ecosystems.

This has led to some pretty heated debates about what “really” killed the dinosaurs, especially as there have been times when similarly dramatic events occurred without seeming to cause nearly so much harm. 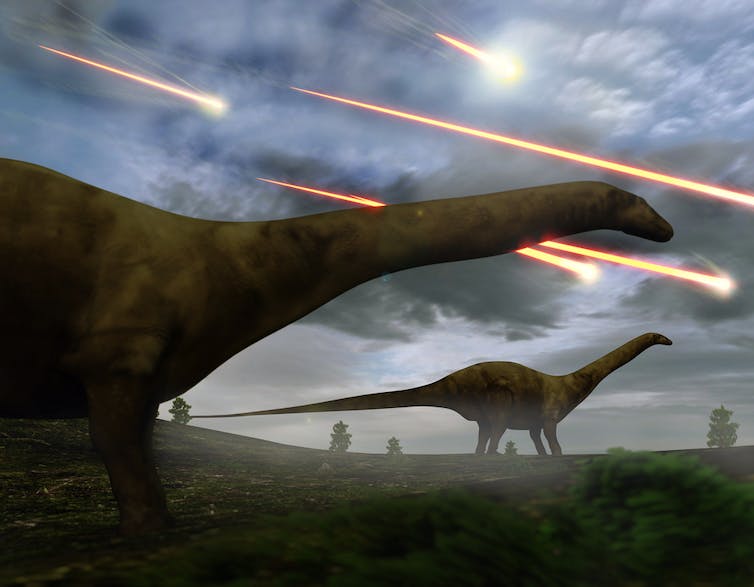 One of the ‘big five’ extinctions. AuntSpray/Shutterstock

Perhaps this is the wrong question to ask.

Growing evidence now suggests that these events were interconnected and that the dinosaurs’ extinction cannot be explained as a simple process during which one “bad thing” fell out of a clear blue sky and everything died. Rather, it involved profound, complex and interconnected changes to the global systems that support life.

For instance, the late cretaceous period saw gradual and subtle restructuring of terrestrial ecosystems, making them more vulnerable to catastrophic collapse. Such restructuring was potentially brought about by multiple evolutionary and ecological changes related to climate change, the increasing dominance of flowering plants, and fluctuations in the diversity and abundance of particular dinosaur groups. 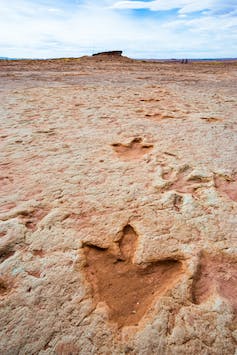 Nor is this complexity an unusual feature of mass extinctions. Across all five of Earth’s devastating global catastrophes, there is a veritable whodunit of possible causes. These include asteroids, volcanoes, climate change (both warming and cooling), the evolution of new species such as deep-rooted plants that turned bare rock into rich soil for the first time, and even the effects of nearby exploding stars.

Yet, the biggest of all mass extinction events, the “Great Dying” at the end of the Permian period 250m years ago – which killed 90% of all species on Earth – looks even more complex. No fewer than seven potentially catastrophic events are associated with this period in geological history. These include the evolution of new strains of microorganism, an asteroid impact, and a humongous area of volcanic activity in present day Siberia that erupted for a million years. 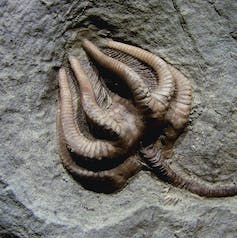 But the greatest changes may have taken place in the Earth’s oceans. There were large-scale emissions of methane from the ocean floor, the stagnation of ocean currents, increased levels of sulphur dioxide causing phytoplankton death, and declining levels of oxygen.

With so much going on, it is less surprising that 90% of all species died out than that 10% survived.

What does this imply about our current age, which many now see as constituting a “sixth” mass extinction? At the Centre for the Study of Existential Risk at Cambridge University, we often come up against the problem of today’s “unprecedented” global threats. Some of these, like the threats from nuclear weapons or Artificial Intelligence, may seem akin to asteroids falling out of the sky, and we are often asked which most worry us. One thing we can take away from the study of previous mass extinctions is that this question may be misplaced.

Humanity lives far more precariously than we think, dependent upon a great many global systems, from the environment that provides us with food, water, clean air and energy to the global economy that supplies goods and services where we want them and when we want them, often on a “just in time” basis.

From looking at the historical, and the geological, record it becomes clear that such systems can easily pass through phase changes in which a previously stable system quickly, and sometimes irrevocably, changes into a chaotic one. Scientists have already identified how this might occur in relation to phenomena such as climatic tipping points (where climate change becomes self-sustaining, rather than being simply “man-made”), ecosystem collapse (where the loss of a few key species can cause whole ecosystems to disappear), and hyperinflation (where previously stable economic institutions cease functioning and money loses its value). 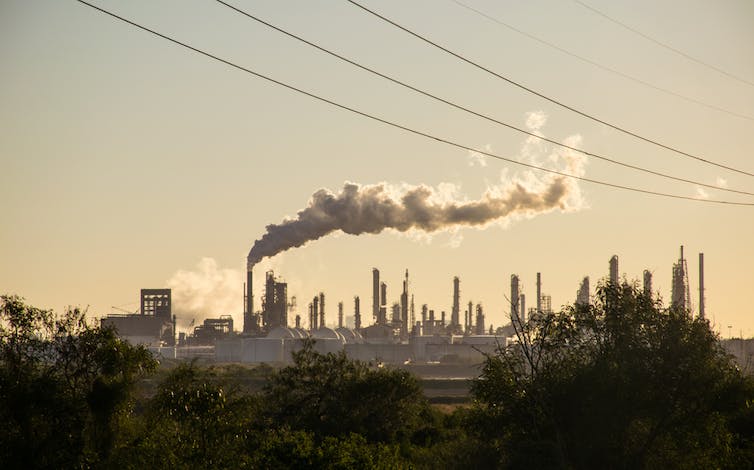 Another thing that we learn from these past events is that there is no law of nature that prevents such phase changes becoming global in scope or catastrophic in nature. If pushed far enough, global systems can evidently collapse into a death-spiral, whereby the damage to one species, ecosystem or environmental process causes problems for others, creating positive feedback that accelerates change and makes it self-sustaining.

Indeed, while the popular “Gaia hypothesis” suggests that global systems act to promote the overall stability of our planet, there is no conclusive evidence that the biosphere adjusts to changes to support the continuation of complex life. Indeed, it was recently suggested that one reason life may be rare on other planets is that its emergence often pushes planetary systems away from the conditions necessary for its continued existence. It is not impossible that this could still happen on Earth. 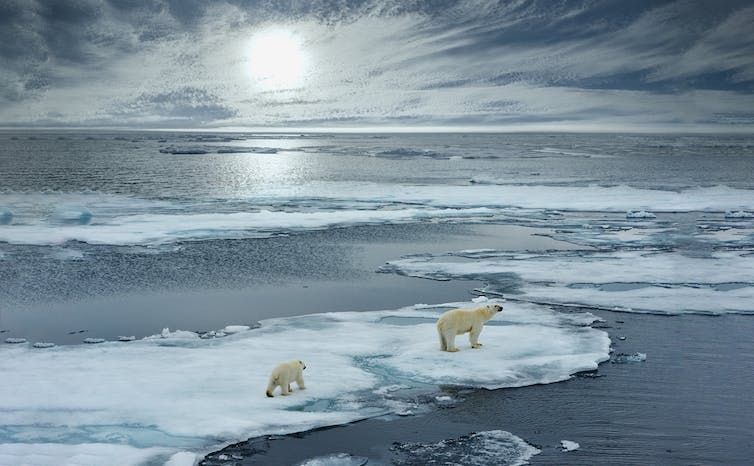 Nor may the systems we ourselves have designed be any less fragile in this respect. Indeed, many of our institutions have shown themselves to be almost entirely unconcerned with human well-being; so long as they can serve the interests of short-term profit maximisation, voter turnout and other, ultimately useless, goals.

Yet, it might not be all bad news for humanity. Some theorists suggest that the catastrophic effects of a mass extinction tend to sweep away the highly adapted specialists of the era, and allow more flexible generalists to survive and eventually flourish into new forms. So perhaps we can take comfort from the fact that humans have showed themselves to be the ultimate generalists, adapting to survive, though not always thrive, in every habitat on Earth, and even in outer space.

But we should also reflect on the fact that most of this flexibility flows not from our biology but from the technologies we have created. Not only are these the very technologies that are leading us to push global systems as far as we have, but they are rapidly passing out of the realms of human comprehension in their complexity and sophistication. Indeed, it now requires immense individual knowledge to use and maintain them, making each of us, individually, just the sort of adapted specialists most vulnerable in a mass extinction event – something that may not be quite such good news after all. 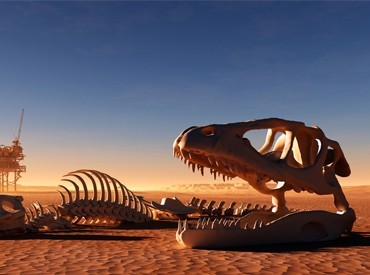