Hollywood professionals do not expect the experts to criticise what they write or shoot: they don’t want to hear that what they are doing is not possible or unrealistic. Rather, they want experts to ‘pitch solutions’.

A sociologist and philosopher of wide-ranging interests, Arsenii Khitrov is currently writing up his doctoral dissertation at the University of Cambridge on how Hollywood politically-themed television series are made and what role political and social experts play in their production. He has recently published a brilliant article in which he reconstructs the relationships of conflict, competition and collaboration between the film industry, state agencies, research organisations, social movements, and independent experts. We had the chance to meet Arsenii in person before the coronavirus pandemic started and asked him a few questions about what is distinctive about being an expert for the film industry.

Q. Considering your research, what makes a good expert?

In the domain I study, which is the field of television production in America today, I focus on a very particular type of expertise. Within this project, I call ‘experts’ the people who come to the entertainment industry from the outside and bring their knowledge to the writers, producers, and actors. These ‘experts’ most commonly come from the government, social movements, universities, think tanks, medial, media, military, intelligence, and law enforcement communities. Some of them represent these organisations and communities and lobby on their behalf, others are private expertise entrepreneurs exchanging their experiences and knowledge for success in Hollywood.

The main pressure experts experience in Hollywood are the explicit and tacit requirements, expectations, and hierarchies that define both the creative and the management sides of the production process. Television series in the USA are commonly written by a group of writers working on a very tight schedule. Shooting often starts when the writing is still taking place. Experts can be invited to writers’ rooms and on set, and what the writers and producers expect from them is to be as quick, open-minded, and inventive as possible. Hollywood professionals do not expect the experts to criticise what they write or shoot: they don’t want to hear that what they are doing is not possible or unrealistic. Rather, they want experts to ‘pitch solutions’, as many of my research participants told me. However realistic television makers want their products to be, if realism prevents them from creating a good drama, realism must go. If an expert is too insistent on just one version of realism, they must make way for a more creative expert.

Taking a step away from the specific case I am studying, I would consider the relationality of experts. By this, I mean the question of whether experts are not actually entities in themselves, but rather intermediaries between two spheres: the sphere that accumulates knowledge and the sphere that receives it. If this is indeed the case, then it is worth thinking about how much the intermediary position the expert occupies demands the expert to adapt to the requirements and expectations of expertise recipients. In other words, how much the type of knowledge experts can provide is defined not only by the knowledge they possess, but by the receivers’ expectations and the experts’ intermediary position.

I can answer this question in relation to the field I study. The biggest change that I know of in the way experts operate in Hollywood is that their work has become more institutionalised and routinised, especially when it comes to experts representing social movements. In the late 1960s, social movements gained momentum in relation to Hollywood. They bombarded Hollywood with criticism, boycotted films and television programmes, wrote letters and sent petitions to networks. They became a real force the industry had to reckon with, and the industry sought ways to lessen their pressure. Various intermediary institutions and mediating procedures started emerging in the 1970s and continue emerging today, and these incorporate social movements in the industry. One of the ways the pressure of social movements was channelled into less acute forms of power struggle was through the work of technical advisors and consultants specialising in pressing social and political issues. The way these experts work with and in Hollywood has become institutionalised and routinised, which slightly decreased the pressure of social movements on Hollywood and simultaneously made Hollywood more accessible to social movements.

If I step away from my research project and speculate about the role of experts in Western societies at large, I would say that it is important to address what many have called the ‘crisis of expertise’, i.e. mistrust of experts and expertise from the side of some groups of the population, media outlets, and some public officials. If we look at the social world as an arena where various groups fight for resources and power, it is not surprising that someone is under attack, that someone is blamed for alleged troubles. This is simply how power struggles unfold: any method is acceptable, and if blaming experts works (i.e. if it mobilises political power), then why not take this route. Yet why does accusing experts help mobilise power?

Perhaps this is due to a unique breakthrough in the way information is performed, practiced, stored, and accessed, which brings four distinct processes together. First, the amount of information available in the world, scientific and otherwise, is increasing at a terribly fast pace. Second, experts have to increasingly specialise to be able to know at least something with certainty. Third, online search engines, databases, and online media make this plethora of information easily accessible to almost anyone for free. Fourth, unequally developed and unequally accessible educational systems help some adapt to these changes faster, while making others to lag behind. The way these four processes continue to unfold will define the role of experts.

Find out more about the Expertise Under Pressure project. 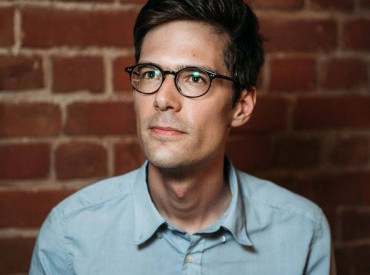