I was fascinated by the contrast between Judy’s huge photographs of the night skies, and Fay’s detailed interior drawings; the two scales representing the personal and the collective, a sense of far away, but also the familiarity of home that every traveller carries with them.

Travelling Companions is an exhibition of drawings by Fay Ballard and photography by Judy Goldhill. It is curated by Ro Spankie, author of An Anecdotal Guide to Sigmund Freud’s Desk (Freud Museum London). Judith Weik, Coordinator of Art at the Alison Richard Building asks curator and artists about their exhibition, which is located in the Alison Richard Building at the University of Cambridge.

Please note: The exhibition is currently closed due to the COVID-19 crisis, but we are planning to re-open it in the Autumn.

Q: Ro, Judy and Fay, how did you conceive the theme of this exhibition?

Ro Spankie: I met Judy and Fay while giving a tour of Sigmund Freud’s desk at the Freud Museum and our initial conversation was triggered by the objects on Freud’s desk. Fay and Judy had just finished a very successful exhibition at the museum entitled 'Breathe' about the role of loss and mourning in their work – both of them having lost a parent when very young. What was interesting talking to them about their work – was that it wasn’t so much the loss of a parent that connected them so much as the process of working through this loss through their creative practice. Thus, Fay meticulously drew personal objects such as her mother’s swimming hat, both as a means to mourn her mother but also to remember her, and Judy took up photography – her father’s passion – as a way of being close to a man she never knew.

Objects play an important role in psychoanalysis: the word is used to both describe representations of significant figures within the psyche, as in mother object or love object, as well as the process where memories and feelings for such figures are transferred onto actual objects, as in a transitional object – where teddy bear brings a child comfort – or fetish object – where a woman’s stocking brings sexual excitement – such objects functioning to both provide pleasure and ward off anxiety. It is not the object itself that is important but rather the effect of the object or what it represents. As Marcel Proust would say, "it is not the Madeleine that is significant but the trace it opens up". In Fay’s case, her mother’s swimming hat (or even the drawing of it) becomes a representation of her mother, as well as acting as an emotional and intellectual companion that anchors memory, sustains relationships, and provokes new ideas.  It is these types of 'evocative' objects we have called travelling companions.

Q: How did you decide to hang the exhibition?

Ro Spankie: As an architect, I was fascinated by the contrast between Judy’s huge photographs of the night skies, and Fay’s detailed interior drawings; the two scales representing the personal and the collective, a sense of far away, but also the familiarity of home that every traveller carries with them. The ARB offers a challenging exhibition space as is split on a number of levels suggesting a series of mini-exhibitions rather than a cohesive whole. Working with a 1:20 model of the ARB space we have attempted to arrange Fay and Judy’s work in such a way that the different scales talk to each other – a souvenir Spanish Fan next to a large Magellanic Cloud in Chile or a Playtex girdle next to the interior of the McMath-Pierce Solar telescope at Kitt Peak in Arizona. The juxtapositions offering up surprising associations and new meanings to the viewer. 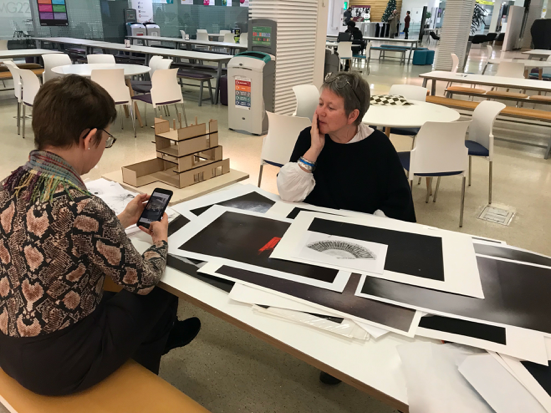 1:20 Model of gallery space (with thanks to Tony Graham, Anoushka Pacquette and Fynla Stallybrass), Judy working on scale models of works, Fay and Ro discussing the hang.

Q: How did each of you interpret the theme?

Fay Ballard: I remember sitting with Judy and Ro brainstorming and teasing out potential themes and then Ro coming up with this intriguing idea: what or who is your travelling companion in life? Judy and I had had a show at the Freud Museum in London in 2018 and were keen to collaborate again. I immediately thought about the drawings I’ve made over the past 10 years which focus on the belongings found in my childhood home when clearing the house after my father’s death in 2009. Many of these belongings were my childhood travelling companions and are still vital in my life. Whilst clearing the house, I came across things I hadn’t seen before, new discoveries – photographs, my mother’s powder compact, letters – objects which had enormous emotional significance and brought back memories.

Judy Goldhill: During discussions with Caroline Garland, psychoanalyst and the curator of our exhibition Breathe at the Freud Museum, she posited the idea that my interest in astronomy and the stars may have come from my searching for the father that I had never know, as he died when I was a baby. Travellers have long known the idea of the stars as travelling companions, with celestial navigation still being taught to sailors. I have chosen to represent my focus on looking, through telescopes, observatories and cameras as the image of my retina, recently imaged by my optician.

Fay Ballard: I think anyone who values their personal belongings, who has memories of childhood and is interested in the evocative power of objects. Likewise, anyone who has looked up at the stars at night searching for the Great Bear, the North Star or Venus, and has felt comforted by their presence. Or, indeed, anyone who has travelled and used the stars to navigate their location. The exhibition tries to tie these themes together and those interested in the arts and sciences will find something of interest here.

Q: Is there a publication?

Fay Ballard: We have created an online publication with Art at the ARB where you can read about 35 contributions from people who describe their ‘travelling companion’ in life. We are posting about five or six each week starting on 2 March until early April 2020.
We hope to tour this exhibition and anyone interested should keep an eye on our websites for more information. www.fayballard.com, www.judygoldhill.com. 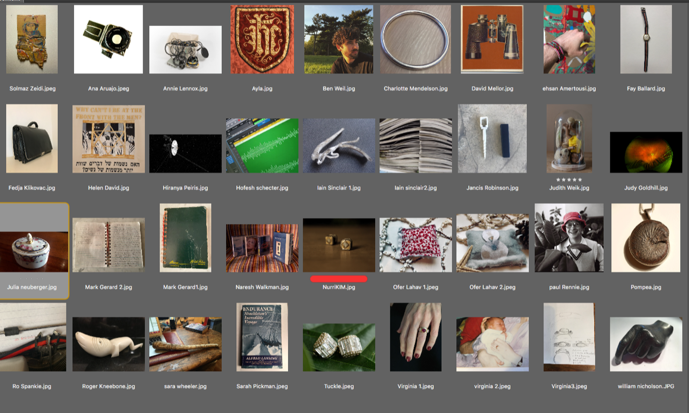 Q: What is your favourite part of the exhibition?

Ro Spankie: On the third floor there is a photograph of the interior of the MacMath-Pierce Solar telescope at Kitt Peak in Arizona hanging next to a pencil and crayon drawing of a Playtex Girdle.  I like the combination of these two works – that on the surface seem so unrelated, because on reflection both the photograph on the left and the drawing on the right offer views of unseen interiors - interiors that shape an understanding of a reality. The three shadowy discs in the photograph are actually filters inside a huge telescope – an interior space designed to allow the naked human eye to see beyond the earthly realm and the 1960’s Playtex Girdle was a garment made of latex and satin designed to shape the body, smoothing and flattening the wearer’s more feminine curves. We know what a telescope and a girdle are for, but are rarely given a view of these gently curved textured interior spaces. 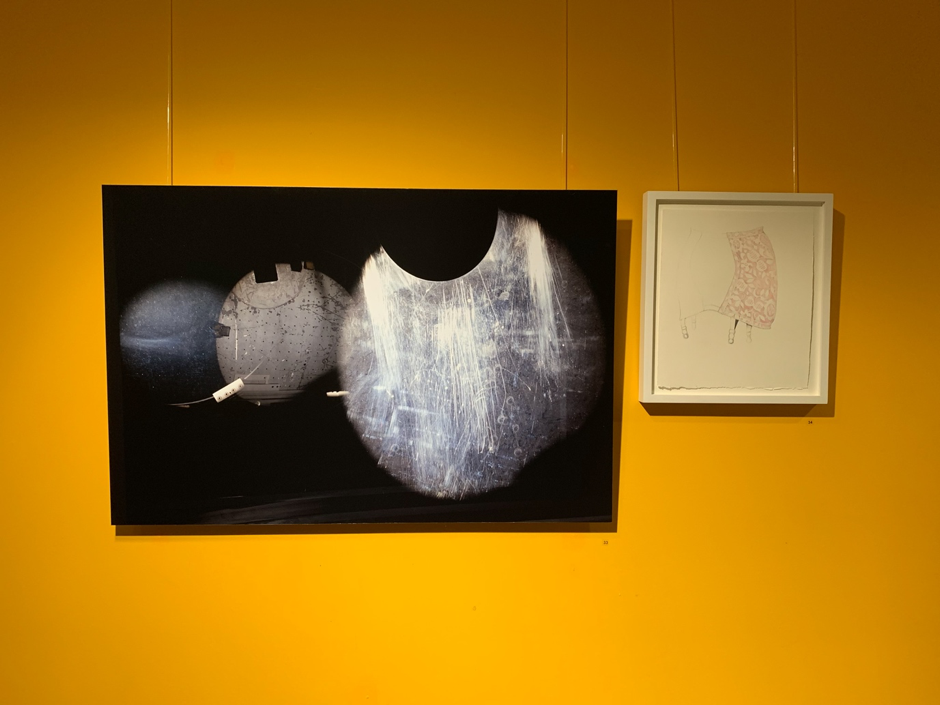 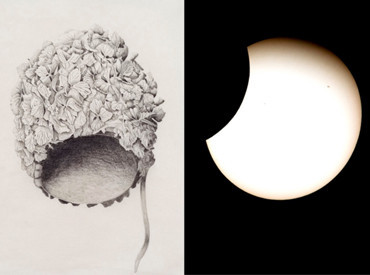