When genetics is linked to social policy, commentators often detect a strong whiff of eugenics coupled to an objectionable form of fatalism that tells us our future is decided inescapably by our genes.

What might the relationship be between genetics and education policy? Many will think the answer is ‘not much’, but Robert Plomin, an eminent behavioural geneticist at King’s College London, urged a different answer on Guardian readers last month. His thoughts concerned how what we know about the heritability of educational outcomes should affect the way our schools are run. Plomin argues in his recent book, G is for Genes, co-authored with psychologist Kathryn Astbury, that ‘causing an increase in heritability...can reasonably be seen as an achievement of which teachers and parents should be proud, rather than a sign of determinism to be mistrusted and feared’.

When genetics is linked to social policy, commentators often detect a strong whiff of eugenics coupled to an objectionable form of fatalism that tells us our future is decided inescapably by our genes. Perhaps that was why the shadow schools minister, Kevin Brennan, said back in October that the views of Dominic Cummings, then special advisor to Michael Gove, ‘‘sent a chill down the spine’. The Guardian had just leaked an extraordinary document by Cummings, with the deceptively modest title, ‘Some thoughts on education and political priorities’. Its 237 pages treated us to a collage of charts, quotations and thoughts relating to every topic under the sun, including complexity theory, weather forecasting, the scientific method, Immanuel Kant and postmodernism. But the Guardian focused on a short section of the report, where Cummings wrote that genetics had ‘big potential to inform education policy and improve education’. These parts of his treatise leant heavily on Plomin’s research. Cummings argued, in line with Plomin’s more recent comments, that ‘successful pursuit of educational opportunity and “social mobility” will increase heritability of educational achievement’. So what does ‘heritability’ mean, and is it really something that should guide policy?

‘Heritability’ is a technical concept. Very roughly speaking, heritability is defined as the degree to which variation across a population in some measurable trait – anything from shoe size to income – is correlated with variation in the genetic makeup of individuals in that population. So imagine we make sure that a field has just the same sort of soil throughout, just the same fertiliser, just the same amount of water and sunlight. And imagine we put genetically different corn plants into that field and allow them to grow. Differences in the heights of our plants will be fully explained by genetic differences, because their environments are all the same. That means within this field, the height of plants will be strongly heritable. Now suppose we take one of these plants, make several genetically identical clones of it, and plant them all in a different field where the soil is variable, and where fertiliser and water are sprinkled onto some patches and not others. In this field we will find that heritability is very low (pedants will note that strictly speaking it is undefined), because now there are no genetic differences from plant to plant, and variation in height across the field is fully explained by environmental differences.

There are three important morals to take away from the case of the corn plants for an understanding of heritability in general. First, heritability applies to populations, not to individuals. We can ask what the heritability of height is for the plants in the first field, or for the plants in the second field. It makes no sense to ask what the heritability is of height in a single plant. The accomplished geneticist Steve Jones took Dominic Cummings to task for not understanding this aspect of heritability, but this criticism was unfair. Cummings’s document said very explicitly that heritability is ‘a population statistic’. Second, heritability is the sort of thing that can be altered. If we make sure that every plant in a field has just the same environmental treatment, then we increase heritability of height in that population, because any remaining differences in height will now be explained by genetic differences, whereas before they were explained by a mixture of genetic and environmental differences. Third, heritability only gives us correlational information. If we know that height is highly heritable, this tells us that differences in height are somehow linked to genetic differences, but taken alone it does not tell us about the processes by which plants with one allocation of genes end up taller than plants with a different allocation.

When Plomin and Astbury say that an increase in the heritability of educational outcomes is something to be proud of, they are not telling us that genes seal our educational fates. On the contrary, they are alluding to a comforting liberal image of equal opportunity. Their view seems to be that an increase in heritability is a worthy goal because if it is ever attained, that will suggest we have succeeded in evening out differences in educational environments, so that differences in educational achievement can only be attributed to genes. This might sound sensible, but we should pause. Remember our cornfields. There are lots of different ways of maximising the heritability of height, because all it takes for heritability to be maximised is for all plants to be exposed to the same environment. A farmer would hardly be proud to know that a population of her corn plants shows high heritability if that is because every one of them has too little water, poor soil and no fertiliser. What is more, when we think about how we might change this impoverished environment, there is no guarantee that interventions that are good for one corn plant will be good for all. Maybe one corn plant will flourish best in horse manure, while another will flourish best in cattle dung. If what we want is for all of our plants to thrive to their full potential, we may well have to treat them differently. That means exposing them to different environments, and thereby reducing heritability. So it is hard to see why high heritability is something to aim at for educational outcomes.

Plomin and Astbury know all this. Plomin himself stressed in his Guardian interview that ‘children differ in how they learn’, and his book with Astbury makes clear that high heritability could potentially be a result of children all being exposed to similar poor teaching methods.  If we want our schools to bring out the best in children, we need detailed information about the differing methods and mechanisms by which children learn and are motivated. Heritability studies instead give us information about correlations between genotypes and educational success, and we are a long way from turning heritability statistics into policy interventions. 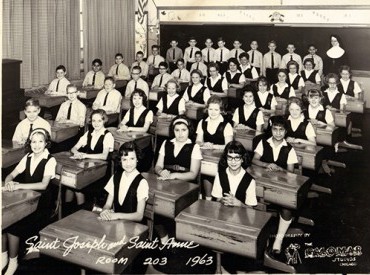