In a time of war, what could a poet do to make a difference?

From 3 – 14 July 2017, as part of the CCKF-CHCI Summer Institute China in a Global World War Two, invited guest speakers and select early career scholars are combining the discussion of formal academic papers with the close reading of texts in Chinese history and literature. Scholars will be blogging for the duration of the Institute, so keep an eye out for the latest entries on the CRASSH blog. In the following post, Mary Augusta Brazelton from Cambridge gives an account of the morning of Day 9 of the Institute.

In a time of war, what could a poet do to make a difference? That question was central in a lively discussion on the morning of the penultimate day of the Institute (13 July 2017), which was largely dedicated to a place that has dominated memories of China in the Second World War: Nanjing.

Having studied film, historical writing, and literature of the wartime period, the Institute’s participants turned their attention at last to poetry. Yang Zhiyi, Professor of Sinology at Goethe University Frankfurt am Main, led a discussion of the poetic works of Wang Jingwei 汪精衛 and his contemporaries Long Yusheng 龍榆生, Zhao Zunyue 趙尊嶽, and Qian Zhonglian 錢仲聯. Wang Jingwei is infamous for leading the 'Reorganized National Government of China' in Nanjing at the invitation of the Japanese from 1940 until his death in 1944, to the extent that his name is synonymous with collaboration and treason for most Chinese audiences. Professor Yang began the day’s conversation with the observation that although Wang was primarily known for his political activities, he was also a poet who remained dedicated to his craft. Reading the poems of Wang, she explained, reveals a self-image that bore a sharp and intriguing contrast with his now widely reviled legacy. To read Wang Jingwei’s work closely, Professor Yang suggested, is not to defend his political actions, or try to precisely determine his thoughts—but rather to recover a degree of human complexity and nuance in studies of the Second Sino-Japanese War.

Several Institute members then gave presentations that provided historical and social contexts for the readings. Ren Ke spoke about the poetic theme of meditations on the past and the specific trope of Jinling huaigu (金陵懷古). (Jinling is a traditional name for the city of Nanjing, having served as an imperial capital a number of times in Chinese history; huaigu refers to a genre of Chinese poetry that looks back at the past.) Ke described the historical significance of Nanjing as a cultural centre and the emergence of poetry that sought to memorialize tragedies there. Jonathan Henshaw discussed the history of commemoration of the war’s events in Nanjing. Grave markers and 'steles of lost souls' memorializing the dead began to appear in Nanjing as early as December 1937. However, after 1945, many of these monuments were taken down as the Nationalist state sought to erase the historical memory of the atrocities in its efforts to reassert control over coastal China. After 1949, Communist rule recalibrated modes of commemoration, stressing ideologies of anti-imperialist struggle in interpreting the war. Shuge Wei presented the biographies of all the poets under consideration, providing many insightful details about their backgrounds, professional experience, and involvement with the Wang Jingwei government.

Professor Yeh chaired a robust discussion of the themes that these presentations had raised. Professor Van de Ven wondered how—as historians of China—we might convey the complexity of Chinese poetry and its political and social meanings to Western audiences. Micah Muscolino asked a question echoed by many: who constituted the audiences of these poems? Professor Yang explained that in addition to the self, classical poems typically had sociable functions. Poets spoke not only to their friends and contemporaries, but also placed themselves in conversation with classical predecessors and imagined how their work might one day be in dialogue with future readers. Professor Yeh discussed the modern use of classical poetic forms, noting the paradox of intentionally seeking spontaneity in a medium of expression that demands artistic cultivation in order to achieve proficiency, but which also values artlessness.

Finally, Professor Yang led a close reading of the poems. She explained the difference between ci 詞 and shi 詩 as genres of poetry, and some features of the more demanding, rigid style of ci poems. The participants read through a 1934 poem by Wang Jingwei,《百字令·春暮郊行》Bai zi ling: Chunmu jiaoxing (A suburb outing in late spring, to the tune of 'Hundred word song'). In this poem, Wang’s classical references and stylistic choices suggest that, facing the collapse of his public reputation, he stressed recovering national losses, implying that—in accordance with his understanding of Chinese history—his own fate was to pass into ignominy and infamy, the equivalent of 'abandoned bones left by war,' 戰餘棄骨 (zhanyu qigu).

This reading inspired a rich and diverse set of observations and questions from Institute members. Shana Brown inquired about the relevance of Buddhist imagery and Western poetic concepts of nostalgia, and Judd Kinzley noted the apocalyptic imagery in the poem and how it might contrast with the discourse of national salvation that the Nationalist government under Chiang Kaishek promoted during the war. Professor Yang ended the morning’s session with a return to the crucial theme of audience; a distinctive quality of Wang Jingwei’s poetry was its liminal status—the works were simple enough to be more easily understood by readers with a contemporary education than the poems of contemporaries like Long Yusheng or Zhao Zunyue, but their nuanced references also spoke to those with a classical education. Yet as several Institute members remarked, in this age of war, it was Mao Zedong—another political leader who composed poetry—who ultimately succeeded in deploying rhetoric that attracted a wide range of followers. Reading wartime poetry thus provided a valuable means of recovering the complexity of individual figures involved in the Second Sino-Japanese War. 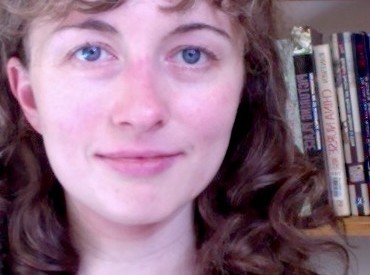