Pablo specifically suggested an understanding of religion rooted in the concept of virtue.

From 2 – 13 July 2018, invited senior scholars and select early career scholars are participating in a two-week CRASSH Summer School devoted to some of the most critical issues in the emergence of the modern university and one of the most fraught problems of our historical moment: the related questions of secularism and religious diversity. Scholars will be blogging for the duration of the workshop, so keep an eye on the CRASSH blog for regular updates. In the following post, Mariëtta D.C. van der Tol provides a brief overview of Day 9's second afternoon session.

Is one’s religious expression in the public space in some way an imposition on all? Day 9 of the Summer School Religious Diversity and the Secular University has turned the conversation to broader conceptual and practical questions concerning religious freedom. Today, the group fostered some exciting conversations on religious tests in British universities as well as legal frameworks underlying religious freedom on a national level, led by Bernard Lightman and myself. In this final session of the day Pablo Muñoz Iturrieta directed the group into a provocative discussion on the meaning of public space in relation to the integrity and unity of mind and action.

Questions surrounding religion and the public space are widely accounted in scholarship in different fields – each with their own approaches, concepts, emphasis, so that the group spent some time on working definitions of concepts such as 'religion', 'secularity', 'public square'. Not only needed the group to articulate helpful working concepts, it also needed to acknowledge how social and political framings of such concepts prima facie impact on the standing of particular minorities. One of the participants remarked how the concept of religion was used in the nineteenth century to negotiate the relationship between Jewishness and nationality both within and outside Jewish communities. Yet the matter spans wider than the realm of ethnicity and religion, for Catholics who lived in predominantly Protestant communities struggled to be seen as acceptable and trustworthy in their own ways.

Pablo specifically suggested an understanding of religion rooted in the concept of virtue. This concept of virtue opens a possibility to reconnecting mind and action in contemporary questions on religious freedom, but this opening is not without its own problems. It was remarked how religion is as much about lifestyle as it is about internal beliefs, though it also is about one’s relationship to the eternal or the Divine. Someone else remarked how religion was often taken as a series of choices, as if one chooses the consequences of exclusion and the challenges of integration. Such understandings put pressure on the matter of conscience in contemporary cases, even though conscience featured centrally in philosophies of religious freedom. Perhaps this shows that 'religion' remains difficult to define. In some ways, it appears more feasible to articulate incidental demarcations than a positive encompassing shape in which to fit all religions.

The group came to think of contemporary framings of public space and religion as inherently Protestant. It’s emphasis on thought and belief would move the attention away from the realm of action as well as an important context of action: the public square. The group discussed how Rawlsian and Habermasian conceptualisations of the public space affirmed a focus on thought and belief at the cost of embodied inclusivity in public (political) spaces. From this vacuum stemmed the question to what extent the common good and the public good actually are the same? And, how subjective public goods might impact on the common good? Moreover, the standard by which to judge seems to have become increasingly fluid, for the principle of rationality has become under pressure as a result of both normative fragmentation and the emergence of experience and emotion as a strong political factor. 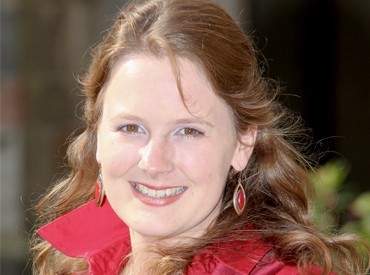