Yan Xu volunteers to sing these songs aloud for the audience.

From 3 – 14 July 2017, as part of the CCKF-CHCI Summer Institute China in a Global World War Two, invited guest speakers and select early career scholars are combining the discussion of formal academic papers with the close reading of texts in Chinese history and literature. Scholars will be blogging for the duration of the Institute, so keep an eye out for the latest entries on the CRASSH blog. In the following post, Yan Xu from Spelman College in Atlanta gives an account of the morning of Day 8 of the Institute (Wednesday, 12 July 2017).

The two presentations this morning contextualize China in WWII within two cultural genres – music and photography. Joshua Howard (University of Mississippi) presents to the audience a talk titled ‘Nie Er’s The March of the Volunteers.’ This talk is based on his current book project titled Nie Er in Life and Death: Composing Sonic Nationalism and China’s Revolutionary Music. Joshua starts his talk by playing on violin five songs composed by Nie Er; Yan Xu (Spelman College) volunteers to sing these songs aloud for the audience. Watch their performance on video. These five songs represent different genres of music composed by Nie, including children’s songs, lyrical songs, and marching songs. Drawing sources from Nie Er’s diaries, Joshua analyzes the commemoration of Nie Er on both state and local levels. He provides a thrilling narrative about how Nie Er and his music became the symbol of nationalism through different periods ranging from the 1930s to the 1960s. His talk engages with a variety of important themes, to include colonial modernity, internationalism, and sonic nationalism. Peter Vanos (Hungarian Academy of Sciences) shares with the audience that in addition to The March of the Volunteers, the national anthem of PRC, there are several others songs written by Nie Er that are internationally well-known. Judd Kinzley (University of Wisconsin-Madison) raises the question about how to incorporate musicality into history research. 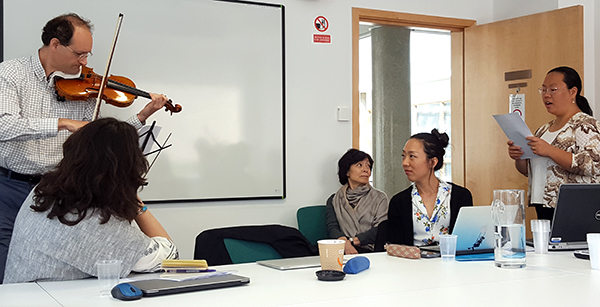 The second talk this morning is by Shana Brown (University of Hawaii), titled ‘Wartime Visualities.’ Shana shows to the audience wartime photography published in pictorial magazines, and suggests the need for a redefinition of the genre of Red Photography. She points out that wartime Chinese photographers referred to their profession as photo journalism, and that defining these photographers as simply a group of revolutionary photography is not accurate. Zhiyi Yang (University of Frankfurt) suggests the possibility of comparing wartime photography taken by Communist photographers like Sha Fei with those taken in Manchuria. Shuge Wei (Australian National University) asks a question about how the state regulated the photography profession through wartime censorship.

The two talks center on the audio and visual imagination of wartime experiences, and represent the complexities of wartime narratives. Yeh Wen-Hsin (University of California at Berkeley) concludes the morning session with comments about the image production and material culture during the war. 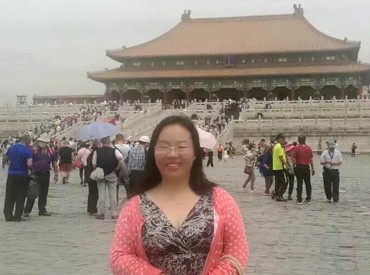