How compatible is Schleiermacher’s concept of religion with the notion of a secular university?

From 2 – 13 July 2018, invited senior scholars and select early career scholars are participating in a two-week CRASSH Summer School devoted to some of the most critical issues in the emergence of the modern university and one of the most fraught problems of our historical moment: the related questions of secularism and religious diversity. Scholars will be blogging for the duration of the workshop, so keep an eye on the CRASSH blog for regular updates. In the following post, Bruce Pass provides a brief overview of Day 8's second afternoon session.

In the second of our afternoon sessions, Dr Ruth Jackson presented an overview of her forthcoming monograph, The Veiled God: Schleiermacher’s Theology of Finitude.

While many interpreters have regarded Schleiermacher as having isolated the discipline of theology from the world through his radical internalization of religion, Dr Jackson argues that such a view represents a misunderstanding of Schleiermacher. Schleiermacher’s redefinition of religion as a pre-cognitive phenomenon does not drive a rift between individual and community or the self and the world, but rather lends religion a fundamentally inter-subjective character.

Dr Jackson notes, however, that this outward orientation of Schleiermacher’s theological vision did not yield any real affirmation of the freedoms of those whose rituals, culture, and ways of viewing the world differed from his own. Indeed, this inability to properly account for human difference could even be viewed as contributing to the silencing of other religious voices by the heirs of Schleiermacher’s legacy.

The discussion that followed centred on three questions related to the way the institution of the university impacted Schleiermacher’s approach to the possibility of religious diversity.

First, what are the anthropological implications of locating religion in Gefühl? Here, it was noted that the feeling of absolute dependence is a universal concept, the capacity for religion being co-extensive with humanity. Nevertheless, several factors mitigate this universalizing impulse, such as the close connection Schleiermacher drew between religion, culture, and nation. The problematic aspects of Schleiermacher’s interventions on the question of Jewish citizenship illustrate the way in which Schleiermacher’s affirmation of a universal capacity for religion cannot be understood as an unqualified affirmation of religious diversity.

Second, how compatible is Schleiermacher’s concept of religion with the notion of a secular university? Here, the discussion centred on the ambiguities surrounding Schleiermacher’s conceptualization of theology as a Wissenschaft and the grounds on which Schleiermacher justified its inclusion in the university. Because Schleiermacher locates religion in feeling, theology represents a conceptualization of religious experience rather than the scientia Dei. The inclusion of theology in the university is justified by its encyclopaedic character and instrumental function of preparing ministers, yet this places theology in a rather tenuous position within a secular university.

Third, how successful was Schleiermacher’s project of mediation? Here, it was suggested that church and the academy were conjoined in personal union in Schleiermacher himself. In his multifaceted career at the University of Berlin and wider ecclesial activity, Schleiermacher managed to hold many competing elements in tension. The process of specialization which he had helped to instigate would, however, lead to a further distancing of church and academy, pastor and professor, and Christ and culture. A model of Schleiermacherian mediation would not seem to present untapped resources for religious diversity in the secular university, but perhaps this is still an open question.

As Dr Jackson pointed out in her overview, a study of Schleiermacher presents a window not only into the leading themes of the entire nineteenth century but also the nest of problems one encounters in the contemporary question of religious diversity in a secular university. Her forthcoming monograph therefore, is sure to prove a helpful and much needed resource for the further consideration of this important question. 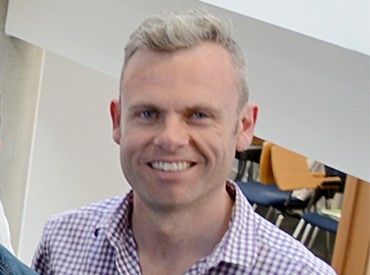 Bruce Pass, Doctoral Candidate in Systematic Theology at the University of Edinburgh