This session pointed us to a better understanding of both the complexities of wartime literary production as well as the relationship between new and existing cultural frameworks.

From 3 – 14 July 2017, as part of the CCKF-CHCI Summer Institute China in a Global World War Two, invited guest speakers and select early career scholars are combining the discussion of formal academic papers with the close reading of texts in Chinese history and literature. Scholars will be blogging for the duration of the Institute, so keep an eye out for the latest entries on the CRASSH blog. In the following post, Ke Ren from the College of the Holy Cross shares key insights from Day 7's morning session.

The theme of the morning session on Day 7 (11 July 2017) was wartime literature. The papers and discussions focused on not only literary works and writers, but also the economics and politics of writing during wartime, in both hinterland and occupied cities.

Mingwei Song, Associate Professor of Chinese at Wellesley College and author of the recent study Young China: National Rejuvenation and the Bildungsroman, 1900–1959 shared his study of two novels that at once exemplify and defy the mainstream paradigm of wartime literature about youth and family as well as the conventions of the Bildungsroman genre. Examining the psychological complexity of Lu Ling’s Children of the Rich and the tension between institutionalized education and individual spontaneity in Lu Qiao’s Everlasting Song, Mingwei showed that both works, by young writers who lived through the war, were characterized by a sense of open-endedness and a strong emphasis on subjective agency, instead of the demands of nationalism and wartime politics. Mingwei’s paper also traced the connections between the July (Qiyue) School of poets, the Southwest Associated University (Xinan Lianda), and the respective influence of the leftist critique and the liberal tradition, along with the high modernism popular among young writers during the war. Through his analysis, Mingwei argued that the geographical relocation to the hinterland (Kunming, Chongqing) for wartime young writers could also be a psychological or lyrical journey to a deeper interiority.

In the second paper, Susan Daruvala, Emeritus Senior Lecturer in Modern Chinese Literature at Cambridge University and a leading scholar of the writer Zhou Zuoren, offered a reconsideration of the legacy of collaboration that is associated with several famous writers in occupied Beijing and Shanghai. Comparing the ideological positions, political choices, and wartime pressures that confronted Zhou Zuoren, Zhang Ailing, and Hu Lancheng, Susan showed that there are nevertheless key differences in understanding the trajectories of writers who were later became tainted with the label hanjian (traitor of the Chinese people). While Zhou Zuoren did eventually accept the positions of head librarian at Peking University and Education Minister under the Japanese Occupation, he nevertheless did so under tremendous public and private pressures (including an assassination attempt), while still arguing against Japanese militarism and used his position to protect students, books, and maintain the use of English in Beida’s curriculum, all forms of 'passive resistance.' Susan then returns to Zhou’s key literary essays written during the New Culture era to show that Zhou’s wartime choices were in many ways consistent in his ultimate belief in individualistic humanism and the value of education, which for him could not be subjugated to the demands of the state. In discussing Zhang Ailing and Hu Lancheng, Daruvala was careful to distinguish their personal relationship from their literary works and (a) political beliefs. For Zhang Ailing, Susan argued that critics of her sympathetic portrayal of the young woman in Lust/Caution need to take into account Zhang’s conviction that the inner world and traumatic wartime experience of even 'negative characters' was just as deserving of empathy through fiction. Hu Lancheng, on the other hand, glorified war in his writings and, while working for the Wang Jingwei regime, embraced a kind of fascist aesthetics that may actually make him more susceptible to a clearer form of moral judgment. In conclusion, Susan questioned the rigid, hierarchical categories such as hanjian, which has been used to evaluate wartime writers in occupied zones.

The ensuing discussions extended the conversation to include themes of the political networks, intellectual connections, and social conditions related to literary production during the war. In response to Mingwei’s paper, participants posed questions regarding changes in the voice and tone of certain literary schools in relation to the shifting politics and political fates of prominent critics such as Hu Feng (a mentor to Lu Ling). Another point of emphasis was on the economics of writing and publishing in an interior city like Chongqing and the possibility of coming to a better understanding of a literary market and readers during the war. Finally, we discussed the relation between other intellectual developments, such as the study of anthropology and social surveys conducted during the war by Lianda professors and students, and the depiction of rural or folk elements in the literature.

Much of the discussion that followed Susan’s presentation centered on historical resonances in examining the dilemmas faced by intellectuals and writers during the war. Participants connected the choices and statements by collaborators such as Zhou Zuoren and Wang Jingwei to established cultural models of 'martyrdom' and the 'recluse,' in an effort to think through which traditional templates were available and influential in determining the political choices between resistance, collaboration, or forms of passivity in the face of Japanese invasion and occupation. We also raised the question of gendered experiences of collaboration as well as the need to examine both institutions and networks as well as contingency. Altogether, this session pointed us to a better understanding of both the complexities of wartime literary production as well as the relationship between new and existing cultural frameworks – be it late imperial Chinese concepts of loyalty and sacrifice, leftist debates on subjectivity, or the influence of modernist writing – that gave rise to a diversified corpus of writing and writers during the war. 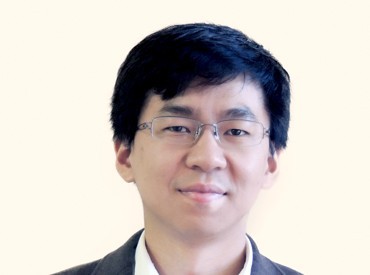 Ke Ren from the College of the Holy Cross