Lindley’s brilliant exploration of and reflections on Monica Sjöö’s archive took us on a journey to question the alleged neutrality and objectivity of archival research.

From 2 – 13 July 2018, invited senior scholars and select early career scholars are participating in a two-week CRASSH Summer School devoted to some of the most critical issues in the emergence of the modern university and one of the most fraught problems of our historical moment: the related questions of secularism and religious diversity. Scholars will be blogging for the duration of the workshop, so keep an eye on the CRASSH blog for regular updates. In the following post, Gustavo Rodrigues Rocha provides a brief overview of Day 7's second afternoon session.

Monica Sjöö (1938–2005), a Swedish writer, painter, activist, and anarcho-eco-feminist is best known to feminist history for a painting, 'God Giving Birth' (1968). First censored during an art festival in St. Ives in 1970, and later again in London at Swiss Cottage library in 1973, 'God Giving Birth' ended up becoming a symbol, epitomizing the women’s art movement in Great Britain.

Sjöö produced over 250 paintings, wrote four books and numerous chapters, articles, and poems, and was a founder member of Bristol Women’s Liberation in 1969. The Swedish feminist denounced the damaging effects of patriarchal religion and culture and explored the potential of female-affirming images, myths and stories in her painting and writing, so influential to the women’s spirituality as developed in the British Goddess movement.

Ruth Lindley spoke about this fascinating trajectory of Monica Sjöö in the work-in-progress session this afternoon at CRASSH. Lindley’s brilliant exploration of and reflections on Monica Sjöö’s archive took us on a journey to question the alleged neutrality and objectivity of archival research. Sjöö’s mystical politics heavily contrasted with the mainstream feminist movement of her time and therefore had to be normalized, meaning secularized and rationalized, to be assimilated. Lindley could track back though the threads leading to Sjöö’s main ideals and values by carefully studying Sjöö’s annotations at the margins of books and articles in journals, magazines and newspapers that she read throughout her life, revealing what she considered more important as well as her political and spiritual formation.

Lindley argues very convincedly that the way the archive was organized undermines the importance of Sjöö’s mysticism to her political struggle. Lindley contends that Sjöö’s mystical politics has been misrepresented and misunderstood in the feminist historiography and shows us how much richer the women’s movement looks under the lens of spiritual politics as opposed to secular narratives. Furthermore, Lindley points out how naturalized assumptions about the necessity of 'secular agency' to the second-wave feminist project has excluded Muslim Women’s Movements from the feminist narrative. This afternoon session certainly enriched our conversation at CRASSH by bringing to our attention the role played by forms of spirituality and scholarship outside university institutions and organized religions for the debate of religious diversity and the secular university. 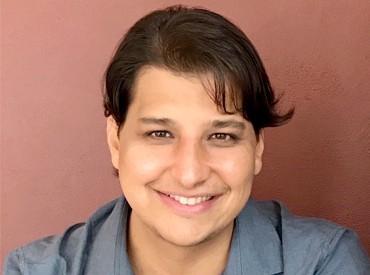