Day 7 (Afternoon I): Religious Diversity and the Secular University

Who, or what, gets marginalised/excluded by our favoured scientific explanations?

From 2 – 13 July 2018, invited senior scholars and select early career scholars are participating in a two-week CRASSH Summer School devoted to some of the most critical issues in the emergence of the modern university and one of the most fraught problems of our historical moment: the related questions of secularism and religious diversity. Scholars will be blogging for the duration of the workshop, so keep an eye on the CRASSH blog for regular updates. In the following post, Ruth Lindley provides a brief overview of Day 7's first afternoon session.

In his work in progress paper, Gustavo Rodrigues Rocha used the history of science and psychoanalytic thought to bring into focus dominant ways of knowing about gender, race, class and religiosity in modern Western Europe. His thesis asked who, or what, gets marginalised/excluded by our favoured scientific explanations? What epistemic shadows are created when new knowledge is formed? Can these shadows ever intervene to enhance the mainstream?

The title of Rocha’s paper was ‘What do women want?’, a question that vexed Sigmund Freud, despite his 'thirty years of research' into the ‘feminine’ soul. By reading Freud’s attempts to answer this question against the lived experiences of ‘hysterical’ women, mediums and activists in fin de siècle Europe, Rocha made a contribution to feminist scholarship that insists upon the historical and cultural specificity of scientific endeavour. The ways in which subversive women failed to live up to Freud’s psychoanalytic 'abstractions' upon ‘femininity’, argued Rocha, reveals how his conclusions were bound up in Victorian ideals about fixed gender roles. These roles were, in turn, overdetermined by biological essentialism in which women’s bodies tied them to passivity, receptiveness and impressionability.

In the discussion that followed Rocha’s paper, we talked about what to do with the epistemic shadows of our dominant narratives about religious change. How can we provide an explanation that accounts for the coexistence in the nineteenth century of the natural sciences, on the one hand, and theosophy, spiritualism and telepathy on the other? While we are used to thinking of the turn of the century as a key moment in the history of secularism, we are less used to reading the hinge years of modernity in terms of occultism and magic. In the spirit of Rocha’s paper, I think this challenge should be embraced precisely because the presence of the ‘irrational’ in modern culture forces us to reconsider our dominant narratives about religious decline. This is important because the stories historians choose to tell impacts the political grammar of the present, in the same way Freud’s misogynistic conclusions about ‘femininity’ both reified social structures at the turn of the century and legitimised them. In perpetuating tenacious narratives about decline, historians and sociologists hold up institutional religiosity as the marker of legitimate belief, thereby colluding with religious institutions themselves that have all the say in who is ‘inside’ and who is ‘outside’, who is ‘religious’ and who is ‘spiritual’. Through the lens of these implicit value-judgements, theosophy and spiritualism are marginal aberrations, often imbued with overdetermined ‘feminine’ characteristics.

The discussion made me think of Alex Owen’s dazzling work on Victorian spiritualism and Jane Shaw’s sympathetic study of middle-class Victorian woman, Mabel Barlthrop, who built an international religious movement around herself as the female Messiah. Owen and Shaw show how spirit mediumship and Barlthrop’s religious community were completely of their time, revealing that their religious motivations were inextricably tied-up with, and reflective of, the modern worlds in which they were produced – existing as products of modernity, not in spite of modernity. These are great examples of how the epistemic shadows can be used to interrogate the mainstream so that we might write more inclusive histories. 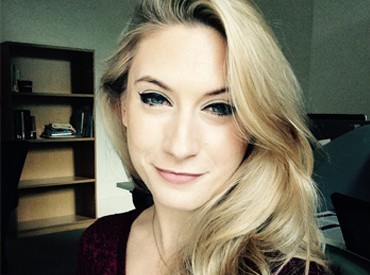 Ruth Lindley, AHRC-funded doctoral researcher at the University of Birmingham