WWII marked a turning point in water and soil conservation.

From 3 – 14 July 2017, as part of the CCKF-CHCI Summer Institute China in a Global World War Two, invited guest speakers and select early career scholars are combining the discussion of formal academic papers with the close reading of texts in Chinese history and literature. Scholars will be blogging for the duration of the Institute, so keep an eye out for the latest entries on the CRASSH blog. In the following post, Shuge Wei from the Australian National University gives an outline of the afternoon session of Day 7 of the Institute.

We discussed three papers in the afternoon of Day 7, Tuesday, the 11th of July. Shuge Wei, postdoctoral fellow at the Australian National University, presented a paper entitled ‘English-language Press, Treaty Ports and the Sino-Japanese War.’ The paper argued that the English-language press in China’s treaty ports was an integral part of the Chinese media. By investigating tensions between interest groups of various nations behind the treaty-port newspapers, the paper presented a transnational treaty-port media environment and its long-lasting impact on China’s propaganda policy during the Sino-Japanese War. The paper is based on her book News under Fire: China’s Propaganda against Japan in the English-Language Press, 1928—1941, in which she engages with three themes: the transnational feature of the treaty-port English-language press; the development of a centralized international propaganda system of the Guomindang; and individual’s struggle to maintain the treaty-port type of liberal information order within the Guomindang’s propaganda system. Discussion following the presentation focused on efficacy of news propaganda, missionary schools’ role in the treaty-port press, and the relationship between propaganda infrastructure and content.

Micah Muscolino, professor of Chinese history at Oxford University, was the second speaker, who presented a paper on the Tianshui water and soil conservation area in wartime China. He assessed the significance of state-led conservation campaigns undertaken for local communities and environments, and showed that WWII marked a turning point in water and soil conservation. Although Chinese conservation specialists promoted global visions of the causes and consequences of soil erosion (adopted primarily from the United States), it was not until the 1940s that the Chinese Nationalist regime sought to implement its first comprehensive series of conservation programs in Northwest China. The paper is part of his new book project on the water and soil conservation in Northwest China (Shaanxi and Gansu) during the late Qing, Republican, and PRC periods. The discussion that followed touched upon various aspects, including the relationship of social structure to the conservation campaigns, labour mobilization policies, CCP’s similar activities in Northwest China, tensions between the national and local governments, and the role of local temples in the change of landscape.

The third paper was presented by Jonathan Henshaw, a PhD candidate at University of British Columbia. His paper on Kiang Kang-hu in wartime China traced Kiang’s involvement in education as head of Examination Yuan of the Wang Jingwei government. By exploring Kiang’s life experiences, Jonathan hoped to gain a more nuanced understanding of collaboration during the Sino-Japanese War. Drawing on abundant archival materials and interview with descendants, Jonathan is completing his dissertation on a comparative biography of Kiang Kang-hu and Chu Minyi. The research seeks to challenge the conventional understanding of collaborators (hanjian) of the Sino-Japanese War. By putting their life experiences in historical context, the project tried to gain a deeper understanding of how people in China responded to Japanese occupation, and how collaboration was carried out. In the following discussion, participants discussed the influence of anarchism on Kiang, and the perspective of diaspora in understanding their decisions of collaboration. 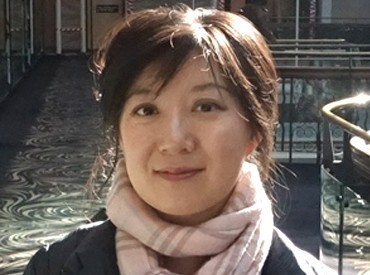