Day 6 (Afternoon I): Religious Diversity and the Secular University

As Professor Lightman puts it, 'a religious belief was brought before the bar of scientific judgement'.

From 2 – 13 July 2018, invited senior scholars and select early career scholars are participating in a two-week CRASSH Summer School devoted to some of the most critical issues in the emergence of the modern university and one of the most fraught problems of our historical moment: the related questions of secularism and religious diversity. Scholars will be blogging for the duration of the workshop, so keep an eye on the CRASSH blog for regular updates. In the following post, Jeremy Fogel provides a brief overview of Day 6's first afternoon session.

In the fascinating paper he presented to the Summer School, Professor Bernard Lightman explores a revealing and critically important reversal in the intricate relationship between the study of nature on the one hand, and the study of religion and theology on the other. Whereas previously science sought its legitimacy from the theological notions that reigned supreme, Prof. Lightman argues that from the second half of the 19th century it is science that sets the bar for knowledge and truth. Prof. Lightman exemplifies this trend with a paper presented in 1876 by the English biologist T. H. Huxley at a meeting of the Metaphysical Society, a debating club attended by political figures, scientists and theologians. In his paper, Huxley suggests that given his training in biology and physiology, he would be particularly well placed to analyze Jesus’ resurrection. After all, as he put it, whether an organism 'said to be dead was really dead or not so, is a question of biology.' Scientists, in other words, would be better able to deal with this question than theologians or Bible scholars. While Huxley concluded that it is impossible to scientifically ascertain whether Christ really died, and therefore too whether his resurrection was a genuine miracle, his efforts suggests that scientific expertise ought to take the lead even in theological questions. As Prof. Lightman puts it, 'a religious belief was brought before the bar of scientific judgement'.

This, it is important to note, is not to say that Huxley necessarily sought to disparage theology and religious belief. But the primacy he, and other naturalists, awarded to science framed the legitimate path to knowledge in an enduringly influential manner. The question, in other words, is not merely whether any particular theological position is valid or not. The far more important insight is that it is science, and the scientific method, by which that validity ought to be judged.

In his paper, Prof. Lightman provides the work of the Oxford theologian, Aubrey Lackington Moore, as a case study to show how even the religious camp interiorized this new epistemological order. Indeed, Moore accepts the inevitable authority of Darwin’s theory of evolution, but seeks to reconstruct Christian belief according to it. Moore sought to do so by rejecting the notion that the immutability of the species is a necessary theological belief, arguing instead for an immanent presence of the Divine in evolution. Critically, he presents special creation as a 'doctrine' that competes with, and indeed loses to, evolution in a contest arbitrated by science. Again, as with Huxley, Moore’s argument reflects the privilege science suddenly has gained.

The shift Huxley’s position and Moore’s argumentation reflect is one that touches the very core of the question of the secularization of the university in the 19th century. Indeed, as prof. Lightman notes, in order to understand how we conceive, prioritize and categorize knowledge in our societies in general and our universities in particular, it is critical to understand the ways in which the relationship between science, religion, and theology has evolved in the last few centuries. Accordingly, the lively discussion raised by Prof. Lightman’s paper among the participants, addressed some of the central themes of the Summer School; what were the underlying dynamics of the secularization of the university? How do these dynamics still affect the way in which universities go about their business today? Can the historical analysis of these processes enable us to reconsider some of our own positions about how contemporary universities should function? 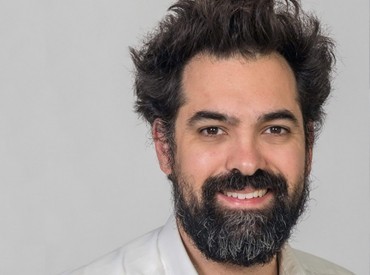