What determines how different societies commemorate and remember the past?

From 3 – 14 July 2017, as part of the CCKF-CHCI Summer Institute China in a Global World War Two, invited guest speakers and select early career scholars are combining the discussion of formal academic papers with the close reading of texts in Chinese history and literature. Scholars will be blogging for the duration of the Institute, so keep an eye out for the latest entries on the CRASSH blog. In the following post, Jonathan Henshaw from the University of British Columbia reviews the morning of 7 July 2017 (Day 5).

What determines how different societies commemorate and remember the past? How do museums play a role in these commemorations? In our Friday morning session, we considered these and other questions through a series of presentations given by Nigel Steel and Vikki Hawkins (Imperial War Museum) and Yang Daqing (George Washington University) that dealt with the exhibitions at the IWM and its China collections, as well as changing interpretations of the Nanjing Massacre. All in all, an excellent preparation for our Monday trip to IWM Duxford.

In the first presentation, Nigel Steel outlined the history of the IWM and its current emphasis on the 'causes, courses and consequences' of war for Britain and the Commonwealth. Steel emphasised that in the recent redesign of exhibits for the Second World War, curators paid great attention to including the experiences of ordinary men and women from all walks of life to present a broad and inclusive overview of the war. 'People’s forums' played an important role in determining what visitors to the museum want and what is important to them.

Vikki Steel then described the IWM’s China collections, which range from newspapers to the photography of Cecil Beaton to military flags and much else, and are an important asset in the museum’s efforts to narrate the war in a way that emphasises Chinese experiences and contemporaneous material objects. Clearly there will be much of interest to researchers here as the museum continues to update its catalogues.

In our third presentation, Yang Daqing turned our attention to commemorations of the Second World War and the Nanjing Massacre at both the Nanjing Massacre Memorial Hall and the Nanjing Folk Museum for the War of Resistance (南京民間抗戰博物館). As with the IWM’s recent redesigns, Chinese narratives of the war continue to evolve. In addition to the Memorial Hall, which was opened by the Nanjing Municipal Government in 1985, Nanjing is now home to the Nanjing Folk Museum for the War of Resistance, which was opened in 2006 by private businessman Wu Xianbin. According to Wu, 'only by merging popular memory and state narratives is it possible to construct a complete national memory of the war.' Although Wu’s museum closely tracks the narrative of the war that is propagated by state actors, there are important differences, including Wu’s emphasis on and engagement with Nationalist Party veterans. The existence of his museum, which has been recognized as a 'Patriotic Education Base' for local schools, raises the question of just how much space there is in today’s China for non-state alternate narratives of the war. 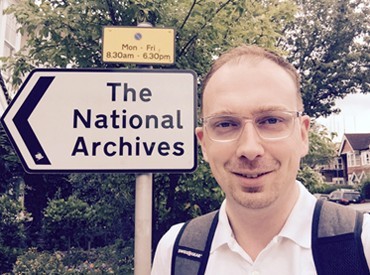 Jonathan Henshaw from the University of British Columbia