From 2 – 13 July 2018, invited senior scholars and select early career scholars are participating in a two-week CRASSH Summer School devoted to some of the most critical issues in the emergence of the modern university and one of the most fraught problems of our historical moment: the related questions of secularism and religious diversity. Scholars will be blogging for the duration of the workshop, so keep an eye on the CRASSH blog for regular updates. In the following post, cultural historian Artemis Ignatidou provides a brief overview of Day 5's second afternoon session.

It’s officially the last session of an intense, intellectually dense, sometimes heated, undeniably exceptionally warm first week at Cambridge, and my brain is already adjusting to the thought of a weekend devoted to absorbing the discussions, debates, deconstructions and destructions of the previous week, preferably at a park with a mojito in hand; and yet, look at everyone gearing up again, this time in response to Tala Jarjour’s take on the dialectics of practicing and teaching about religious music between secular and non-secular educational settings. Summer Olympics for brainiacs, indeed.

With the methodological turn of (ethno)musicologists to the development of the analytical field of 'sound studies', Tala proposed, the discipline found itself negotiating with the cultural subject-matter of music beyond the strict dichotomies of Western/non-Western music, secular/sacred music, and developed a strand examining the impact of different auditory stimuli to the overall human reception and perception of society, politics, and culture. To a certain extent, this turn also managed to ease the tension between the secular study of sacred music(s) and their ongoing spiritual function, and thus allowed for a contextualization, study, and performance of this ritual-art without disrupting its relationship to active devotional practice. Foucault’s archaeology of knowledge in relation to music was also mentioned in the discussion, because academics have their own rituals and beware of disrupting those.

As it often happens with discussions about music, it was immediately the politics of musical performance that came into the table. To what extent is Mssr. Barenboim’s performance of Wagner in Israel a universalist statement with political-activist implications, whence the overall universalist claims of western art-music, and how to understand the performance of different sacred musics in secular university settings (dining halls but also churches), when great caution is advised in regards to the relationship between the university and religious diversity and inclusion? To turn such questions into methodological, but mainly pedagogical, investigations into the function of music, Tala argues is part of understanding the instructive value of music in contemporary educational institutions.

In this regard, the often-emotive response by students of different denominations/beliefs to the performance of diverse religious musics on campus has been surprising, especially when taking into consideration the scholarly background of these performances and their clearly educational scope. Beyond theory, Foucauldian deconstruction, and intellectual investigation, music remains an inexplicable emotional force that reconciles inherently the content and scope of religion with the wider spiritual effect of observing or participating in collective musical practice of an originally devotional nature.

Universities and scholars have had to negotiate this dual quality of music to embrace both the spiritual and the aesthetic in relation to these responses by a multicultural and multi-faith student body, local/transnational politics, and the immediate emotive response by participants. At the same time, important issues such as the practice of music as an interactive process, rather than an one-way action, and the difference between material musicality (instrumental performance for example) and the immediacy of singing, were brought into the discussion in terms of making a distinction between responding to the religious content of sacred music as opposed to the – I guess – neurological and emotional, personal enjoyment of a beautifully crafted music (be it Sufi music, Bach, a Qur’anic recitation or Mozart).

Homework for next time, I reckon, will be to try and include the performance of music during the discussion, if only to remember and acknowledge that beyond theory, music occupies its own self-regulated intellectual realm and it always deserves a place in the room even if only to remind us that it will forever continue to surprise, awe, and instruct us. But for now, off to the greens! 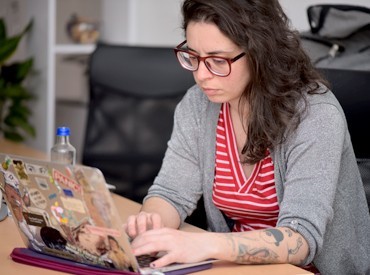