Day 5 (Afternoon I): Religious Diversity and the Secular University

Music has inevitably found its way into our discussions throughout the week.

From 2 – 13 July 2018, invited senior scholars and select early career scholars are participating in a two-week CRASSH Summer School devoted to some of the most critical issues in the emergence of the modern university and one of the most fraught problems of our historical moment: the related questions of secularism and religious diversity. Scholars will be blogging for the duration of the workshop, so keep an eye on the CRASSH blog for regular updates. In the following post, Tala Jarjour provides a brief overview of Day 5's first afternoon session.

Music has inevitably found its way into our discussions throughout the week, formally and informally, but the two sessions scheduled for this Friday afternoon put music front and centre. The presence music has had this week is due in part to the fact that many of the participants are musical; it is also due to the visibility music had gained in European scholarship by the 19th century. The discussion in the first session starts from the work of a cultural historian of Greece whose intimate knowledge of the subject is enhanced by her personal connections to the country. The work in question is a paper by Dr Artemis Ignatidou, titled ‘Where music resides: Institutional weakness, nationalism, and musical debates in 19th century Athens.’

A number of the issues this title puts on the table have been woven into our discussions this week, mainly through historiographic and philosophical notions, but also in the plain workings of the institutional and cultural politics that have surrounded the few influential men from the past we have been reading. It is, therefore, especially noticeable that summoning music to the proverbial table suddenly makes an impact (there is no table in our CRASSH meeting room, this deceptively grounding notion is entirely imaginary). Here, uncertainty, the vagueness of category, and the creative potential wrought by discussions which arise when conceptual fluidity appears to upset historicist clarity, seem uncanny. And also appropriate.

Music, as might be deduced from Artemis’s thoroughly documented piece, imposes a need for new categories (in this case: identifying characteristics of the Greek nation), and this need is almost as deliberate as the institutions that create it. This folded role of music is perhaps best exemplified in Artemis’s opening summary of her paper: as being about ‘political opposition concealed behind art criticism'. In this play of music and politics, notions such as church and state, monasteries and local owners, class and nationhood, location inside or outside Greece, modern Greekness and the Greek church, classical Greekenss and the desecularization of the state, are all active in the idealization (also ideologization) and the institutionalization of nationhood in 19th century Athens. These dynamic, at times competing notions render the nation itself a contested category.

Debates about the meaning and value of music in 19th century Athens were an instance in which shifting categories were at once a manifestation of and an engendering factor in the plays of power that accompanied their negotiation. While Greece may have been one among other contexts in which musical and nationalistic categories were shifting alongside the forms of identity perception that were active at the time of their creation, Greece was also a unique case in the intricate realities of this process. Figuring out who’s in and who’s out, as well as what counts and what does not in the nascent nation and what its members want it to look like, is essentially a unique set of processes in which particular notions of belonging and exclusion are formulated and carried out institutionally.

Observing these processes and how we might study them is, to my mind at least, a good exercise in trying to understand how humans deal with profoundly uncertain perceptions of certainty, especially those underlined by forms of othering. It could also help us think about what such elusive concepts as religious diversity might mean, especially when reified within the politics of a university, and in light of the implications such identifying characteristics as ‘secular’ might have for the university today. That is no easy task. But so is having a productive discussion around a table that does not exist, which worked out beautifully on this hot Friday afternoon. 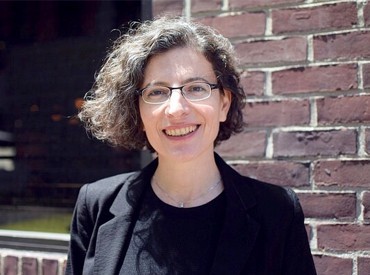