Did the stockpiles of materials from Allied foreign aid have a life of its own during China's WWII experiences?

From 3 – 14 July 2017, as part of the CCKF-CHCI Summer Institute China in a Global World War Two, invited guest speakers and select early career scholars are combining the discussion of formal academic papers with the close reading of texts in Chinese history and literature. Scholars will be blogging for the duration of the Institute, so keep an eye out for the latest entries on the CRASSH blog. In the following post, Yanqiu Zheng from Northwestern University in the United States describes the afternoon session of Friday, 7 July 2017 (Day 5 of the Institute).

Did the stockpiles of materials from Allied foreign aid have a life of its own during China's WWII experiences? Judd Kinzley's new project on the very significance of such materiality points to this line of inquiry. His exploration of the material dimensions of China's international engagement in the global WWII underscores renewed contentions over the Nationalist government's administrative competency and the sincerity of the allies' aid. In particular, Kinzley points out that instead of abstract numbers, China's wartime oil import can tell a rich story of infrastructural and institutional development. Following a series of questions that suggest broader perspectives on these materials, such as the training for the transportation personnel and perceptions of the stockpiles from ordinary citizens, a big picture question also emerged on the specific impact of these stockpiles on the Nationalist administration.

Zach Fredman's writing takes the group to what he calls the 'underbelly' of Sino-U.S. relations, i.e. the disruptive sociopolitical ramifications of American soldiers' misbehavior in China toward the end of WWII. This is part of his current book project which examines the broader impact of the U.S. military presence in China from the early 1940s to the early years of the PRC. The servicemen's frequent frictions with the locals, particularly their blatant sexual violence, the U.S. military command's hesitance to discipline, and the Nationalist government's perceived inaction all contributed to the rapidly deteriorating images of the United States in China, and paved the way for the Communists' eventual triumph at the end of the civil war. In addition to specific questions such as the background of U.S. soldiers and the Chinese crowd, the group also encouraged Fredman to refine the connections between the perceived U.S. military brutality and the Communist victory.

The two papers both attempt to gauge the enormous significance of the fraught mutual perceptions between China and the allies (mainly the United States) in the last few years of a momentous war. While Americans tried to dictate the terms in these engagements, their perceived arrogance elicited backlashes and led to their own undoing. Historians researching relevant topics still have much to tell about the deeper story of the flowing oil and the rampant GIs in wartime China. 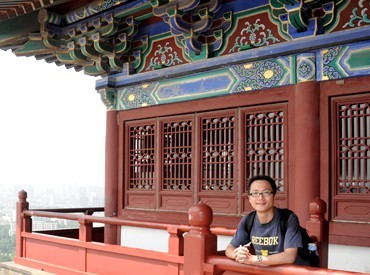