The introduction of the new concept of nutrition redefined the political meaning of food and hunger.

From 3 – 14 July 2017, as part of the CCKF-CHCI Summer Institute China in a Global World War Two, invited guest speakers and select early career scholars are combining the discussion of formal academic papers with the close reading of texts in Chinese history and literature. Scholars will be blogging for the duration of the Institute, so keep an eye out for the latest entries on the CRASSH blog. In the following post, Seung-joon Lee from the National University of Singapore gives an overview of the morning of July the 5th (Day 3).

In the morning of Day 3, Wednesday, the 5th of July, we had two papers. One was on food and hunger in wartime Chongqing, and the other was on neutral Macau during the War. Seung-joon Lee, teaching modern Chinese history at the National University of Singapore presented a paper for the first topic, ‘Food and Hunger in Wartime Chongqing, China: the Beginning of Food Politics,’ in which he argues that the deteriorating food situation in Chongqing, wartime capital, gave rise to new and contentious food politics, which in the long run became much more consequential than any other political issues. This is part of his bigger project, tentatively titled, Revolution at the Canteen: Food Politics in 20th Century China, in which he argues that the introduction of the new concept of nutrition redefined the political meaning of food and hunger. Food was, for example, in the time of famine, no longer an object of traditional charity. It was a political item for many historical actors to compete and contend with each other. It also remained as a very important energy resource during the war time and the following years, simply because Chinese economy remained predominantly agricultural. In addition, by juxtaposing a stark contrast between the leading KMT members’ culinary splendor and miserable situation in the famine-ridden rural areas, he argued that this social imaginary also accelerated the declining legitimacy of the KMT rule.

For the second topic, Helena Lopes, currently finishing her doctoral dissertation at the University of Oxford, presented a paper titled, ‘Neutral Macau in Wartime China,’ in which she re-examines the unique significance of Macau under the circumstance of the global World War II. Unlike other foreign-administrated territories in China, Macau was never formally occupied by the Japanese and remarked itself one of the few places in China where refugees having various backgrounds and identities could find a relatively safe haven throughout the War. For that very reason, in spite of very limited territorial size, Helena argued, wartime Macao saw diverse historical actors, including Chinese Nationalists, Communists, and collaborators, Japanese, British, and the Portuguese Eurasian communities in China, to name a few. Therefore, Helena argues, Macau was not an isolated enclave whose vibrant wartime experience has long been sidelined from mainstream narratives of World War II; rather Macau was a very important passage that made China’s experience of the War really a global World War II.

In the following discussions, participants offered a lot of thoughtful comments and suggestions, for example, possible direction for further development. For the case of Seung-joon’s paper, it may incorporate further local Sichuanese people’s presence and the stories of food-supplying side such as trade infrastructure, local rice traders, wholesalers, retailers. For Helena, it was suggested that the paper may stress further the resilience of Macau and various human networks that crossed the borders and yet never ceased. In so doing, all of the participants hoped, both papers would become much richer and fit into the overarching theme: World War as a global experience. 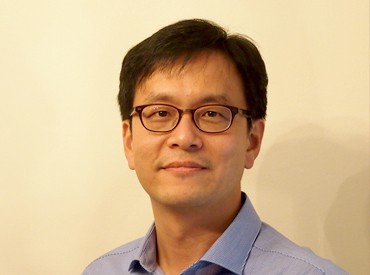 Seung-joon Lee from the National University of Singapore