Day 3 (Afternoon I): Religious Diversity and the Secular University

Why and when did ancient historians stop writing about Jewish antiquity?

From 2 – 13 July 2018, invited senior scholars and select early career scholars are participating in a two-week CRASSH Summer School devoted to some of the most critical issues in the emergence of the modern university and one of the most fraught problems of our historical moment: the related questions of secularism and religious diversity. Scholars will be blogging for the duration of the workshop, so keep an eye on the CRASSH blog for regular updates. In the following post, Postdoctoral Fellow Charles Kuper provides a brief overview of Day 3's first afternoon session.

What has Athens to do with Jerusalem? As Tertullian (disingenuously) suggested long ago, nothing – though his answer did nothing to stop the debate. This question was alive and well in the nineteenth century and in our classroom at CRASSH this afternoon. Why and when did ancient historians stop writing about Jewish antiquity? Or more specifically, why did German historians of the mid-nineteenth century no longer tend the fields that had been cultivated by their disciplinary predecessors? These were the questions that framed Paul M. Kurtz’s (Cambridge) well-written paper, and the lively discussion that it engendered explored, among other things, how post-Napoleonic nationalism and the reformation of academic disciplines made Jewish history suddenly very unattractive for some.

The Greco-Roman and Jewish worlds were not always so separate, certainly for classicists. The homo trilinguis was long hailed as the philologist par excellence. I think immediately of Jerome and his Latin translations of the Hebrew and Greek scriptures. The Vulgate is undoubtedly a monumental work of scholarship, but it was not received without controversy. In fact, many readers viewed his translations with scepticism, even disdain, attitudes that lasted for centuries. Jerome Christianus, it seems, could not be so easily squared with Jerome Ciceronianus.

A similar sort of tension can be seen in the early nineteenth century. As classicists became the model for scientific and cultural ideals, the gap between philologia sacra and philologia profana widened into a chasm. Classical philology, long content to be the 'handmaiden of theology,' had risen from its ancillary position to a new place of prominence. The Romans and especially the Greeks represented all that was culturally desirable for the Germans, while the Jews did not. In nineteenth-century Berlin, Athens was for lofty Bildung; Jerusalem was merely for Religion.

This (admittedly simplified) picture of the paper has much to say about the development of the modern university. For one, it shows the blind spots that were created as academic disciplines evolved according to nationalistic and intellectual principles. Josephus’ Antiquities of the Jews and On the Jewish War are one relevant example. Despite the former being twice the length of Thucydides’ Histories and the latter of roughly equal length, these first-century CE Greek histories were mostly ignored by ancient historians. How could texts written under the patronage of the Roman emperor be passed over by classicists? Why did the white-gloved historians of the nineteenth century, as one participant put it, fear to handle the apparently messy project that Jewish antiquity entailed? Was it malice? Incompetence? Insecurity? Something else?

Regardless, the silence is deafening. To use Dr Kurtz’s words, non-treatment is rarely neutral or apolitical. How this process, discussed in microcosm here, played out more generally in the nineteenth century will be essential to our investigation moving forward. 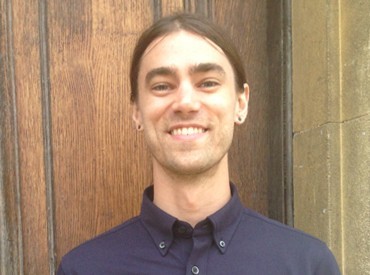