Can you kill a myth?

From 2 – 13 July 2018, invited senior scholars and select early career scholars are participating in a two-week CRASSH Summer School devoted to some of the most critical issues in the emergence of the modern university and one of the most fraught problems of our historical moment: the related questions of secularism and religious diversity. Scholars will be blogging for the duration of the workshop, so keep an eye on the CRASSH blog for regular updates. In the following post, CRASSH Director Simon Goldhill provides a brief overview of Day 2's morning session.

When do myths die? And how do myths continue living whatever criticism they receive? In the second day of the Religious Diversity and the Secular University workshop a wonderful discussion, led by Suzanne Marchand, David Moshvegh and Susannah Heschel, looked at a range of arguments about religion and the world of myth in the scholarship of the nineteenth and early twentieth centuries. This is where the university’s secular take on religion is forged.

In George Eliot’s Middlemarch, Casaubon’s attempt to find the key to all mythologies is seen as an embarrassment. What made Casaubon’s attempt so out of date? Was it the question, or the way he tried to answer it? Forty years later, Max Müller could still argue that solar myth was the basic story pattern of religious thinking, just as the Cambridge Ritualists in the twentieth century could see the Year Daimon everywhere. The Goddess still has a place in feminist myth making. How, then, can we understand the continuing life of such grand myths through the growth and dominance of the scientific paradigm? When and how do such myths become an embarrassment? When do children mock their parents’ earnest truths? Can you kill a myth?

One factor in the death of myths might be the growth of the science of religion in the nineteenth century and beyond. When a culture’s beliefs or stories are determined to be myths – no more than myths, mere myths – they become open to a form of damning critique. When religion, that is, becomes an object of study, through comparatism above all, the stories of faith are threatened with demotion to the status of myth. With what eyes, then, did nineteenth-century Western scholars learn to view the ‘other religions’ of Islam, or Judaism? The new university disciplines which came to dominate enquiry into the religions of the East, were not simply the intellectual struts of imperialism (as the powerfully persuasive modern scholarly myth of Orientalism continues to insist) but far more complex engagements with a range of intellectual projects, social and political positions, and geopolitical projects.

So, why, then, – to take a specific case of such scholarly activity of the scholars of Orientalism – did a Jewish scholar in the nineteenth century translate the Qu’ran into Hebrew? Hebrew was not a spoken language at this time, and it is quite obscure who the intended audience for such a book might be. Was the translation to show it could be done – either for aesthetic pleasure or because any modern culture worth its salt should have its translations of other culture’s classics? Was it an act of appropriation to reveal the connections between Hebrew biblical language and the Qu’ran’s verses? Such a case opens a dizzying set of cultural options of interreligious interaction.

The fundamental question to be further explored in the coming days is how did the intellectual and institutional strategies that established the science of religion contribute to the changing place of religion in the university, which was becoming increasingly insistent on non-religious arguments and non-religious commitments. 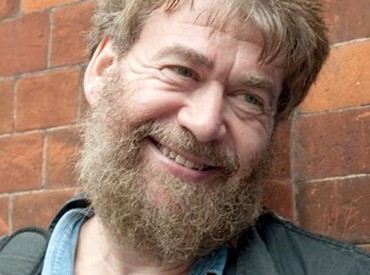