Day 2: China in a Global WWII

Hans suggested that we have a lot to learn from literature about putting good stories together and also about how literature provides helpful descriptions of physical reality that we’ll never find in the archives.

From 3 – 14 July 2017, as part of the CCKF-CHCI Summer Institute China in a Global World War Two, invited guest speakers and select early career scholars are combining the discussion of formal academic papers with the close reading of texts in Chinese history and literature. Scholars will be blogging for the duration of the Institute, so keep an eye out for the latest entries on the CRASSH blog. In our first post from the Institute, Zach Fredman sets the tone with his synopsis of Day 2 (Tuesday, 4 July 2017).

Both Wu Han and Lei Haizong spent the war teaching at Kunming’s Southwest Associated University, the wartime agglomeration of Peking, Tsinghua, and Nankai Universities. Professor Wen-Hsin Yeh (University of California, Berkeley), the Summer Institute’s other co-convener, reminded us that wartime authors like Wu and Lei wrote without the benefit of research libraries or even their own book collections. Many wrote almost entirely from memory and had to go back after the war, look over sources that they didn’t have access to while in Kunming or Chongqing, and then rewrite. In the case of Wu Han, we examined the 1949 edition of his biography of Zhu Yuanzhang, which was a revision of the original book published in 1944.

Yanqiu and Siou-meng introduced the content and impact of these two sources, while Zach provided biographical details, and Yan drew our attention to key passages. Wu Han’s writing examined the relationship between Ming religion and the construction of the new dynasty. He also laid out how Zhu Yuanzhang consolidated power. Wu’s work, as Yanqiu noted, was part of striking fascination with the Ming Dynasty among twentieth-century Chinese intellectuals. Of the so-called 'Four Great Biographies of Modern China,' two examine Ming-era historical figures. Lei’s essay, on the other hand, is a sweeping reinterpretation of Chinese history. He argues that the year 383 CE marks the dividing point between the two stages of Chinese history: the Eastern Jin’s success in holding off the northern barbarians at the Battle of Fei River allowed them to spread Han Chinese culture to southern China. Without victory in 383, Chinese civilization may well have ended, Lei argues.

Our close reading of these two texts prompted questions about the role of history and historians during wartime, transnationalism, Hu Shih’s impact on other Chinese scholars, and the everyday life of intellectuals in wartime Kunming. We were curious to learn more about the personal relationship between Wu Han and Lei Haizong as well as the foreign books they read while in Kunming. 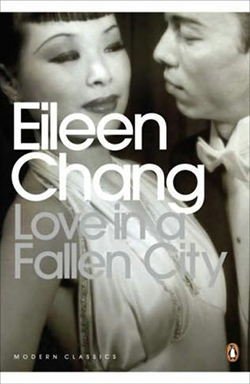 Movement and transnationalism were also important themes in our discussion of Zhang Ailing’s (張愛玲) 1943 novel Love in a Fallen City. Zhang’s novel, as Susan Daruvala (Cambridge) explained to our group, also provides insight into old-fashioned family relations in China and basic human resistance during wartime. Susan read several passages from the novel, showing how the female protagonist, Bai Liusu, found the economic security she wanted but recognized her relationship with Liuyuan as selfish.

Helena Lopes (Oxford) and Joshua Howard (University of Mississippi) guided our discussion. Helena illustrated how the novel inscribed the Hong Kong war experience in the larger history of the war in China. Zhang’s portrayal of wartime Shanghai also highlighted the city’s cosmopolitanism and global connections. Joshua was taken with Zhang’s language, particularly the sharp dialogue, emotional complexity, and themes of spatial changes between Shanghai and Hong Kong. Liu Su’s independent streak reminded him of Diana Lary’s comment about how the war created new opportunities for women. Wen-hsin posed a number of questions about gender and wartime, and we debated whether we could see the Sino-Japanese War as the end of traditional patriarchy in China.

Hans followed by asking how we, as historians, ought to deal with literature. This is a question that many participants have thought about deeply. Yanqiu noted that literature adds texture to history, especially when searching for insights about the wartime everyday, a theme Hans introduced during our opening session on 3 July. Ren Ke (Holy Cross) told the group about using this reading in the class he teaches on World War II in Asia and pointed out that literature is important for showing the spaces of imagination that still existed during the war. Judd Kinzley (University of Wisconsin, Madison) urged us to be less utilitarian in our use of literature when writing history. Hans agreed, and suggested that we have a lot to learn from literature about putting good stories together and also about how literature provides helpful descriptions of physical reality that we’ll never find in the archives. 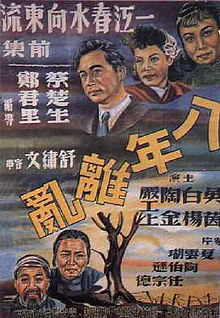 We devoted our afternoon session to viewing the 1947 Cai Chusheng and Zheng Junli film The Spring River Flows East. Susan introduced the film and shared her insights about the Chinese film industry during the 1930s and 1940s. This tragic, powerful film came out less than two years after the war ended, and it showed how the scars of war differed for men and women. Hans was struck by its portrayal of melodrama, and our discussion centered on questions of how Chinese society dealt with the enormous traumas of war. 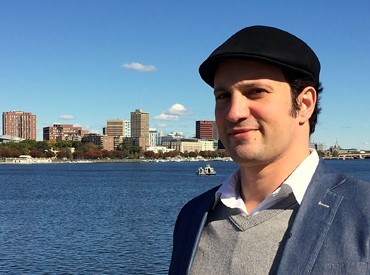