Is the Qur’an a Jewish book?

From 2 – 13 July 2018, invited senior scholars and select early career scholars are participating in a two-week CRASSH Summer School devoted to some of the most critical issues in the emergence of the modern university and one of the most fraught problems of our historical moment: the related questions of secularism and religious diversity. Scholars will be blogging for the duration of the workshop, so keep an eye on the CRASSH blog for regular updates. In the following post, Marie Curie Fellow Paul Michael Kurtz provides a brief overview of Day 2's second afternoon session.

‘Is the Qur’an a Jewish book?’ So began Susannah Heschel’s paper and thus a fascinating session on what drew German-Jewish scholars in the 19th century to the study of Islam. Through what she calls a ‘philological uncanny,’ Heschel considered how a number of young Jewish scholars detected resonances between the Qur’an and classic Jewish texts. Raised in observant homes and trained in a classic orthodox education, scholars like Abraham Geiger, Gustav Weil, Ignaz Goldziher, and Eugen Mittwoch proceeded to delve into the historical relationship of rabbinic Judaism and formative Islam, tracing parallel texts and sketching similar practices. They shaped a crucial line of Jewish self-definition: identifying Judaism and Islam as the two monotheistic religions most deeply intertwined.

Conversation commenced with the so-called Wissenschaft des Judentums, a crucial moment in 19th-century Judaism when Jewish scholars began to undertake an academic analysis to study their own tradition historically. The discussion addressed how this movement formed, what it aimed to do, what it did in the end, and the pitfalls along the way. This session also took account of the emotion behind academic texts: the kind of outrage, anger, and even rage behind the texts written by Jewish intellectuals as well as the contempt and irritation expressed by Christian ones.

The Jewish scholars associated with the Wissenschaft des Judentums were, in many ways, caught-between. First, Jews in general were among the colonized in Europe. The official portrait of Judaism – its people and its past – was painted by Protestants in particular with methods and narratives oft indebted to Christian humanism, which were coded as neutral and scientific. Yet they themselves were also implied in the colonial project, viewing the Jews of the East as more authentic, mystical, and spiritual. Second, Jewish scholars often found themselves trapped between their own local community and the dominant Christian culture. As Jews, they were largely banned from established positions at the university and other cultural institutions, so they performed their feats of scholarship from the margins, serving as rabbis or at rabbinical seminaries. However, these Jewish historians of Judaism also fell into trouble with their coreligionists, judged too liberal, too accommodating, too assimilationist.

Islam offered these Jewish scholars a way to think about themselves and the place of Judaism in the world. Through the history of formative Islam – a post-Christian phenomenon – they could counteract Christian supersessionism and emphasize, instead, the contribution of Judaism as the foundation of monotheism as well as the basis for ethics. So, too, Islam presented Jewish intellectuals with a framework for conceptualizing Jews in modern society. With a focus on medieval Spain – in contrast to Christian Europe – they considered an age of Jewish integration into cultural, political, and economic life. In studying others, they also sought to understand themselves. The Islamic past ultimately helped Jewish scholars of the 19th century think through their own modern present. 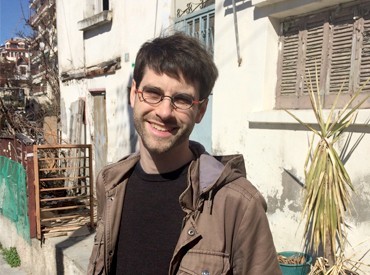