Day 2 (Afternoon I): Religious Diversity and the Secular University

The myth of origin and the search for religious authenticity and purity – the theme of the day continued in this afternoon session of the CRASSH Summer School.

From 2 – 13 July 2018, invited senior scholars and select early career scholars are participating in a two-week CRASSH Summer School devoted to some of the most critical issues in the emergence of the modern university and one of the most fraught problems of our historical moment: the related questions of secularism and religious diversity. Scholars will be blogging for the duration of the workshop, so keep an eye on the CRASSH blog for regular updates. In the following post, Tania Saeed provides a brief overview of Day 2's first afternoon session.

The myth of origin and the search for religious authenticity and purity – the theme of the day continued in this afternoon session.

Dr David Moshfegh began with examining the idea of modernity in relation to Europe, through an exploration of the rise of Islamwissenschaft (the discipline of ‘Islamic Studies’ or literally the ‘Science of Islam’) as a ‘science of religion’ in the reformist Jewish scholarship of the Hungarian Jewish Orientalist, Ignaz Goldziher. Islamwissenschaft for Goldziher is to be understood in terms of the meaning of progress, in particular religious progress. Far from a secularization of religion, Moshfegh locates this religious progress within the religious ideal that provides a progressive vision of religion informed by the lived experience of religion, or an ‘anthropologization’ and ‘historicization’ of religion. Goldziher is an anti-imperialist reformer for whom Islamwissenschaft problematizes questions about religion that are still relevant in the 21st century: the role of religion in public life, the nature and character of cross cultural critique and learning, and the different meanings of modernity, as either normative or pluralistic. Moshfegh challenges the Saidian Orientalist critique of Goldziher’s Islamwissenschaft as demonizing and essentializing Muslims and Islam, instead highlighting how Islamwissenschaft historicizes Islam from 'ideology' to 'religion'. Goldziher recognizes the cross cultural learning (or what the Germans had called Kulturpolitik) that was essential between Muslims and Europeans.

The discussion during this session also brought in the debate between Kulturpolitik and Kolonialpolitik as deployed by Goldziher’s scholarly partner, the Dutch Orientalist Snouck Hurgronje, especially in relation to the Ottoman Empire and jihad. Moshfegh discusses this debate between Snouck and Carl Heinrich Becker, an Islamicist and the recipient of the first chair in Islamwissenschaft in Germany. For Becker, Ottoman call for jihad is reflective of Ottoman rethinking of modernity, a new cultural identity substituting a plural notion of modernity. Goldziher defended the Ottoman jihad as reflective of a reform within Islam that is reinterpreting modernity on its own terms: it is in the reformist reading of Islam that Goldziher locates the debate on the Ottoman empire and jihad that is seen as an expression of Islamic independence of thought and a move towards reform from within, as Islam recognizes its own path to modernity.

The afternoon session reinforces the idea that modernity is a 19th century question, where the problem of how we find our own path to modernity also becomes a problem for Europe. Moshfegh’s discussion is important in recognizing the limitations of our understanding of Orientalism through a reductive framework of Saidian racialization and demonization that Moshfegh claims to have created a 'satisfying mythology.' Such an Orientalist lens undermines the reformist contribution of individuals such as Ignaz Goldziher to Islam. Moshfegh in his concluding thoughts skilfully locates this 19th century scholarship on Goldziher’s Islamwissenschaft as a means to challenge the post 9/11 discourse on Islam that places Islam outside the 'Western civilized' landscape, instead of recognizing these historical connections that permit a collective re-engagement with questions of origin and religious authenticity. 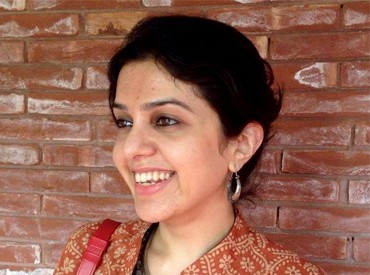