This opened a debate as to whether ‘secularism’ was the correct term for the ethos of the university.

From 2 – 13 July 2018, invited senior scholars and select early career scholars are participating in a two-week CRASSH Summer School devoted to some of the most critical issues in the emergence of the modern university and one of the most fraught problems of our historical moment: the related questions of secularism and religious diversity. Scholars will be blogging for the duration of the workshop, so keep an eye on the CRASSH blog for regular updates. In the following post, PhD candidate Felicity Griffiths provides a brief overview of Day 1's second afternoon session.

In this session, Ab Flipse introduced his paper ‘Anybody can come to our university even if he were a Mohammadan’  (a work in progress) by advising us that the Vrije Universiteit (VU) had opened with just 5 students in 1880 and there were now some 23,000. It is now the fifth largest university in the Netherlands and the second largest in Amsterdam. He explained that its name translated into ‘Free University’ that is, free from both the state and the established church. However, the growth of the university is not the most notable change in the last 138 years. Founded as a Calvinist university, it has become one of the most religiously diverse universities in the Netherlands.

Originally founded by Abraham Kuyper, a Calvinist, the VU was always open to students from all religions, although the education was based on Calvinist principles. Secularisation was not the story of the VU in the 1880s and 90s. On the contrary, the establishment of the VU provides a good example of the fact that the 19th century was not only the period of the secularisation of universities, but also of the foundation of new religious institutions. The neo-Calvinist founders had a pluralist ideal of academia, in which each university should have its own identity.

Muslim students began to arrive in the 1950s in very small numbers. We were told that in 1970 the VU had some 2000, mostly Calvinist, students, but from then on the student population became more diverse. The history of the university since the 1960s has been told as a narrative of secularization. However this is not the whole story, because it turns out that nowadays religion plays a more prominent role at the VU than at other Dutch universities. This opened a debate as to whether ‘secularism’ was the correct term for the ethos of the university. Evidently, Muslim students felt at home because it was not a secular university, but a university with a Christian identity, or at least a Christian origin. Ab said that the story has also a social aspect, as so-called ‘guest workers’ had arrived in Amsterdam from Turkey and Morocco in the 1960s and 1970s and when choosing a university for their children, they chose the VU.

Ab’s paper informed us about the disputes, both at the university and in the media around the opening of prayer room for the Muslim students in 1998 and the Rector Magnificus believed it unavoidable to open two rooms, one for everybody, and one Islamic prayer room; and from 2006, two Islamic prayer rooms, one for men and one for women. A further discussion was instigated in the room regarding a rule brought in in 2004 which banned the wearing of the niqaab and whether this precluded everyone being welcomed at the VU. It was suggested that it would be interesting to hear the voices of the Muslim students who had been there at the time.

What was particularly stimulating about this paper was the fact that the group were obviously inspired by what Ab had written and opened up and discussed many of the issues surrounding the issue without continuous reference to the author.

For instance it was questioned whether the university was multicultural, Christian, or pluralist and competitive. A further question arose as to who decides what is acceptable. A discussion arose as to whether national values trumped religious values and that it should be made explicit the meaning of secular values.

Ab informed us that the VU was still a private (as opposed to state) university; therefore it has more autonomy and as such it is possible for it to have a distinctive identity. Clearly, the VU deals with religious diversity within its institution in a different way to ‘secular’ Dutch universities and there is an obvious narrative from the neo-Calvinist, ‘Christian pluralist’ ideals of the founders, to the present situation. This has left open many practical issues, often related to the question of how much space should be allowed for public expressions of religion.

Ab’s paper was very well received and the conversation in the room was continually energetic and dynamic, with ‘the team’ keen to express their opinion. 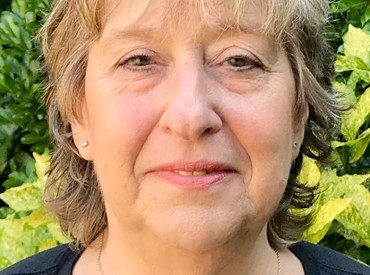