Day 1 (Afternoon I): Religious Diversity and the Secular University

From its inception, University College London was to become known as the ‘Godless Institution of Gower Street’.

From 2 – 13 July 2018, invited senior scholars and select early career scholars are participating in a two-week CRASSH Summer School devoted to some of the most critical issues in the emergence of the modern university and one of the most fraught problems of our historical moment: the related questions of secularism and religious diversity. Scholars will be blogging for the duration of the workshop, so keep an eye on the CRASSH blog for regular updates. In the following post, historian Ab Flipse provides a brief overview of Day 1's first afternoon session.

The first work-in-progress session confronted us directly with an intriguing case study in the history of the secularization of universities. We discussed a draft paper, presented by Felicity Griffiths, who is currently pursuing PhD research about the early history of the University of London. In the paper she analyses, among other things, the pressures of politics and religion that shaped University College London (UCL founded in 1826) and King’s College London (founded in 1829), that together were to form the first two colleges of the University of London. Amidst political and religious tensions UCL was founded, alongside and in opposition to the ancient universities of Oxford and Cambridge. UCL was completely innovative in the UK in those days, because of its secular identity, whereas academic life in the Universities of Oxford and Cambridge was still completely controlled by the Church of England.

From its inception, UCL was to become known as the ‘Godless Institution of Gower Street’. This did not mean, however, that only atheist or radicals were welcome. The new university’s doors would be open to all: Jews, Catholics, Dissenters and members of the Anglican Church. The initiators of UCL were a diverse group too: political liberals, radicals, Dissenters, etc. The ‘Godless’, or secular, character did not imply that the members of staff were not interested in religion at all.

‘Diversity’ and ‘multiculturalism’, as discussed today, was not a subject of debate in the first half of the nineteenth century, but it can be explored as the University of London opened up university education and academic opportunities in England to minority groups. In her thesis, Felicity considers two minority groups in particular, Jews and Indians. It turned out that the debates about the secular character of the new university were directly linked with the question of how this university, and universities in general, had to deal with religious diversity.

The university’s inception gave rise to a great deal of discussion in the press, both for and against. Interestingly, this early-nineteenth-century debate re-echoed during the animated discussion in this session of the Summer School. A big issue in the background regards the question of what it means to be secular for a university. In the 1820s, there was no model for being a secular university in the UK. So what was it? Part of the answer is: Having no chapel, that is no institutional practice of religion within the university. But the university also decided, after heated discussions, that no religion would be taught, that is, no theology department was founded. But the secular character implied more than having no chapel and removing theology from the university. It also implied not registering the religion of the students, which is an important and principal choice. Moreover, religion was to play absolutely no part in the awarding of degrees, which means that one could get an academic degree without doctrinal subscription. More complicated was the question of whether the courses that were taught also need to have a secular character. Should they be completely secular in character? For instance, there were discussion as to how Hebrew could be taught as a secular subject, i.e., without reference to the Bible. Felicity informed us that Hyman Hurwitz, despite being a religious Jew, achieved this aim.

This also relates to another basic and fundamental question, namely how university history should be written. Traditional narratives of UCL were either triumphalist (liberation from the church) or disparaging (‘Godless institution’). How can we move beyond this historiography? One way is to carefully analyse the questions concerning the ‘God-less’ character of the university in the early-nineteenth-century context, including social, economic, cultural, and institutional aspects and relate these to the intellectual underpinnings of the university. This broadens the debate, and allows us to discuss other questions. How did the founders conceive of, for example, the aim of higher education? Was there only the negative term ‘God-less’ to characterize the identity of the university or did they also use a positive term? It appears that ‘liberal arts’ was frequently used, but this immediately raises another question. What was meant by that in the early-nineteenth century in the UK and how does this discussion fit within the broader process of how the system of modern knowledge was changing?

This session, which addressed a couple of fundamental questions, was a perfect kick-off for the forthcoming work-in-progress sessions of the Summer School. 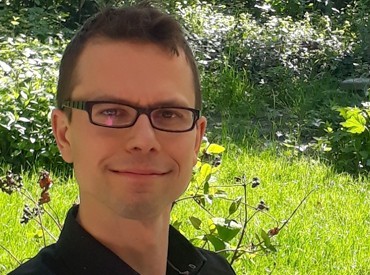