Deputy Director Tim Lewens’ book The Meaning of Science was published by Pelican in August. Here he reflects on the meaning of the human germline.

Earlier this month UNESCO’s International Bioethics Committee issued a new statement, updating its thinking on the human genome and human rights. The statement included a discussion of the ethics of genome editing: a topic that has been discussed with great frequency by distinguished groups of scientists, science funders, ethical advisory bodies and science journalists over the past year or two.

A new suite of technologies has been developed—the one most often mentioned uses the so-called CRISPR-Cas9 system, but there are others—that give scientists the power to modify genomes in plants, animals and humans with far greater precision than ever before. Genome editing has many applications, especially in basic research. For example, a good way to understand the function of a gene in a mouse is to see how the mouse develops if the gene in question is replaced. These editing techniques can also help in the breeding of new varieties of plant, perhaps with commercial value. But for many commentators—and the UNESCO statement is no exception—it is the prospect that genome editing might eventually modify the human germline that makes these technologies so intriguing, and so contentious.

In March this year a group of scientists who work with these techniques wrote an article in Nature, which reminded readers that, ‘Many oppose germline modification on the grounds that permitting even unambiguously therapeutic interventions could start us down a path towards non-therapeutic genetic enhancement. We share these concerns.’ In April the National Institutes of Health (NIH)—part of the US Department of Health and Human Services—announced that it would not be funding any work on gene-editing technologies in human embryos. The justification the NIH offered turned again on concerns about the germline:

The concept of altering the human germline in embryos for clinical purposes has been debated over many years from many different perspectives, and has been viewed almost universally as a line that should not be crossed. Advances in technology have given us an elegant new way of carrying out genome editing, but the strong arguments against engaging in this activity remain.

We should indeed wait before using technologies like CRISPR-Cas9 in human embryos for clinical purposes. We need to be convinced that they are safe enough and that there is a proper clinical rationale for their employment. Perhaps we will conclude that they should never be used in this way. But we should not make a moral fetish out of the human germline.

The problems raised by talk of the germline are made clear when we think about the ethical worries that this kind of talk usually expresses. The NIH, for example, explained in April that arguments against modifying the germline include:

…the serious and unquantifiable safety issues, ethical issues presented by altering the germline in a way that affects the next generation without their consent, and a current lack of compelling medical applications...

These comments are not unusual: they exemplify three general concerns that are triggered by germline interventions. First, they may have long-lasting effects that persist through generations. Second, the precise nature of these effects is both uncertain and potentially harmful to developing children. Third, the future people whom these interventions will affect cannot consent to them, because they will not become sentient until well after the modifications have taken place.

A moment’s reflection makes it clear that it is not only interventions to the genomes of human embryos that raise these concerns. The decisions made by town planners can affect more than one generation, they can have unanticipated effects that may be damaging to the wellbeing of future people, and these future people cannot consent to them. We do not conclude, because of this, that town planning is an invariably objectionable activity that should be banned. Instead, the more usual reaction is to insist that planning decisions pass various tests for the responsible management of risk. By the same reasoning, interventions to the germline might also be permissible in spite of their uncertain effects, and in spite of the inability of those affected to consent, so long as these interventions also pass demanding tests for the responsible management of risk. This does not mean, of course, that deciding on the rights and wrongs of genome editing will be a straightforward matter, to be decided by a purely ‘scientific’ risk assessment. In addition to raising technical issues of safety, genome editing also raises issues that include the value of genetic parenthood; the existence and significance of a clear line between efforts to eliminate disease and efforts to boost human capacities beyond what is required for good health; and the risk that the precision promised by these technologies may give parents the illusion of control over their children’s lives, and in so doing may encourage a technologically augmented form of pushy parenting.

It is perhaps with this sort of reasoning in mind that September’s joint statement on genome editing, issued by the Academy of Medical Sciences, the Wellcome Trust, the Medical Research Council and others, seemed to leave the door open for germline interventions. The group acknowledged that such interventions are currently prohibited by law. In spite of this, it did not suggest that germline modifications inevitably involve ethical outrages. Instead, the statement indicated that there ‘may be future potential to apply genome editing in a clinical context using human germ cells or embryos’. It hinted that clinical applications might be justifiable, but only after ‘important ethical and regulatory questions’ were explored ‘in a timely and inclusive manner’.

UNESCO’s 1997 Universal Declaration on the Human Genome and Human Rights tells us that germline interventions ‘could be contrary to human dignity’. In the face of internationally endorsed statements like this can we really imagine any country going ahead with modifications to the human germline? Yes, because in the UK a specific form of human germline modification has already been legalised.

Not all of our genes are contained in the DNA of a cell’s nucleus. A small number of genes are found in the mitochondria—small bodies that reside in the cell cytoplasm outside the nucleus. Disorders of the mitochondrial genome can result in diseases that are serious and progressive. These disorders can be passed from mothers—but not from fathers—to their children. New techniques now mean that if a mother has defective mitochondria, her nuclear genetic material can be transferred to an egg (whose own nuclear material has been removed), which contains healthy mitochondria. If these techniques work as anticipated, a woman who would have transmitted unhealthy mitochondria to her children can instead have children who are unaffected by mitochondrial disease, and who are also unaffected by the prospect of passing those diseases onto their own children. In other words, these techniques affect the passage of genetic material across multiple generations. They are germline interventions.

Now that the UK has permitted one form of germline intervention, it seems inevitable that if the evaluation of risk is equally favourable there will be pressure to legalise other forms of germline intervention—including genome editing techniques—in the near future. Even UNESCO’s language, in its recent October statement, seems to have softened. They wisely call for a moratorium on genome editing of the human germline, on the grounds that ‘so far’ concerns about the ‘safety of the procedure and its ethical implications are…prevailing’. The implication is that before long the weight of reasons might shift. Every month the ethics of the germline become more blurry. 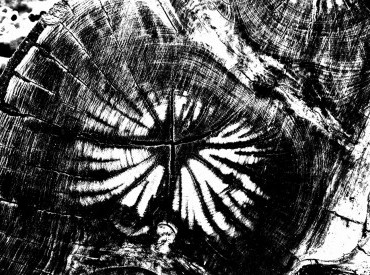