What is a ‘digital edition’? Investigation at the three-day conference Digital Editing Now (7-9 January 2016 at CRASSH, University of Cambridge) into the nature and purpose of the digital within the humanities frequently led participants to bright-eyed reflection on the nature of print editions – a refreshing and reassuring development that indicates not only the potential of the digital to illuminate historical texts, but also that there is ample room for the skills involved in traditional scholarly editing to enrich newly expanding digital environments.

The event brought together cohesively scholars working on a brilliant variety of corpora – Austen, Joyce, Woolf, Shakespeare, Beckett, Chopin, Schnitzler, Darwin, Newton, Goethe, along with case studies of material preserved in a less conventionally accessible manner, such as email archives, medical and legal records and manuscript collections, all with excitingly undetermined user bases. The balance between technical demonstration of individual project interfaces and discussion of wider implications meant that a broad range of fields benefited from a shared drive to avoid conventional distinctions and to find common tools with which to brook the transition to digital media.

The conference was structured around three keynote addresses and four panels: ‘Material texts and digital forms’, ‘Editorial agents and agencies’, ‘Chronology and topography’, and ‘Digital edition and performance practices’. Kathryn Sutherland opened with personal testimony to the capacity of a digital edition to spotlight the editor in new ways, questioning his/her choices while furnishing through imitation an invitation into the ‘strange and banal’ environment – the archive, alone before the manuscript – in which those choices are made. Only while digitising Jane Austen’s Fiction Manuscripts did Sutherland notice certain physical aspects of the manuscripts. The power of Jane Austen’s handwriting to distract even experts from errors in transcription, on the other hand, caused her more exasperation, but it at least reflects the growing interest among non-specialists in the physical genesis of classical works, for which the lay readership has traditionally relied on… the editor.

Andrew Prescott moved from questioning the editor to questioning the very concept of an ‘edition’. Is a digital environment an ‘edition’, or is this a metaphor, and what difference does it make? Data from Wikileaks cables, the email archives of the Bush presidency or the British Civil Service, and the computerised outputs (from files to Tweets) of authors are of too great a scale to be examined in anything resembling what we have called an ‘edition’. The challenge is to distance ourselves sufficiently from the model of the book to enrich our study of the book by exploiting new forms of data analysis that born-digital material obliges us to devise. Far from rendering the role of scholars obsolete, this challenge ought to provoke a dynamic integration of the skill set of Special Collections librarians into that of traditional scholarly editors, and steer both toward better appreciation of technical expertise.

Elena Pierazzo queried the tendency to describe editing using ‘moral’ categories: to what extent is the editor’s sense of ‘responsibility’ connected with the requirement of the publishing industry, rooted in its growth alongside that of Protestantism, to have One product to publish, or from the fear of not being worthy scholars? Pierazzo embraced the concept of an edition as a ‘working hypothesis’ and reminded us that not even print achieved the preservation of everything. Instead we should look to the possibilities of the digital for showcasing variation as an integral part of literary genesis. Readers can be convinced to enjoy variation; it is for editors to take from the print experience more positive elements such as the medium’s imposition of discipline, rather than preoccupation with false ideas of stability that will cause scholarship to stagnate.

Each of the keynote addresses was thus dominated by one of the three main themes that developed organically throughout: the potential of digital environments for exhibiting unremarked material properties of a work; the use of digital visualisations to extract new connexions from historical material; and redefinition of the ‘edition’ to embrace the process of writing, to which literary editors’ continued resistance has distanced them from literary critics and now from the possibilities offered by digital media. One of these possibilities is, of course, increased access. Participants shared a fundamental belief in open access, but faith in its feasibility was more varied. It was also remarked that while digital ‘editors’ feel ‘obliged’ to provide a facility for users to make comments, they are less certain as to the sort of engagement they want and how to prompt it. In this, editors of literary material, used to working alone in the archive, have much to learn from arenas long since characterised by the unpredictability (good and bad) of collaborators; this was evident from dynamic demonstrations of the work of the Schnitzler Project and a stunning recital of Chopin by John Rink using a combined score that exemplified stability as only one, vital but not exclusive, aim of an edition.

Happily, the problem of engagement was consistently conceived as integral to the fierce and rewarding discussion of the nature of the edition – how should stages of a work be presented visually, encoded, described? What is to be edited? How much editorial apparatus ought to be provided and how conspicuously? One clear realisation was the need for scholars to acquaint themselves with coding languages; digital collation tools can only function effectively if the data that they process are manually coded by the specialist editor(s). Perhaps, in a period of increasing interest in print books and in literary genesis, freedom to exercise a combined print-digital application of expertise makes the scholarly editor’s role – to facilitate a sense of proximity to, and understanding of, our fellow humans of ages past – no less vital, but less of an illusion. It is for us to decide whether greater clarity is a good thing.

The editor, then, is not dead, but the editor’s function is changing. There is much to be done in response to the call to embrace variance in ways that the linear medium of the book cannot sustain; to dispense with the book model to create deceptively simple, targeted digital interfaces founded on specialist input; to ensure that the data produced by such creation can be reused without the need for translation. It was heartening to see that the conference showcased the responses of international postgraduates. These included a re-conceptualisation of editing guidelines as scholarship; use of digital formats to showcase the impact of correspondence on social history, and external material used in composition, and to reconstitute material that has been misconceived owing to its physical form, such as cartularies and papyri; challenges to ensure the ‘interoperability’ of editions intended for print and digital media, and to preserve the mental effort in projects that aim to circumvent the editing process; avenues to facilitate scholarly annotation and engagement with local history and special collections.

Only one notable grievance (as opposed to challenge) emerged: the ambivalent relationship between scholars and groups which perform a role that might be conceived as a service. There was evident and sincere concern to recognise contributors felt to be under-appreciated: crowd-sourced volunteers who transcribe documents but are not invited to engage further; content owners or providers such as librarians and archivists who are occasionally treated as mere conduits; technical staff whose positions are not covered by institutions’ academic investment; important members of the editorial team of digital projects, whose work does not easily correspond to current research formulae. On the whole, the conference benefited from marked sensitivity to the need to find a balance between making material accessible and rewarding the people who put years of labour and expertise into making this a reality.

On the other hand, in the quest for mutual frameworks and principles, closer engagement is evidently to be sought with research councils and publishers, who have traditionally funded circumscribed and authoritative projects. Research councils’ responses to new editorial environments are subject to ongoing discussion, however fraught, but the situation of scholarship within a commercial (!) industry (!) seemed an unwelcome afterthought in a fruitful exchange. The conference seemed to tend towards (though did not settle on) a conception of the digital as a vehicle for editors to question and examine their own authority, but the adoption of such a trend presents real difficulties the people who ultimately endorse a work’s presentation to the world. Hopefully, these difficulties will also be harnessed in order to nuance the discussion – from which, while it was acknowledged that individual printing house editors are more than obstacles to or vehicles for the dissemination of information, publishers as a group with a vital interest in the subject were, in fact, entirely absent.

On dispersal, participants praised the character of the conference, its balance between distinguished members of the field and early career scholars, the immense variety of watchwords proposed for determining what a ‘digital edition’ might be now, and the collaboration between disciplines. The strongest imperative felt was indeed the need for continued collaboration, more extensive and between more parties. It is important to share knowledge about how best to render distinct digital projects mutually comprehensible and sustainable outside the lives of their creators. Most academics lack the technical competence to make their editorial work evident in a digital environment; this deficiency necessitates greater effort to understand users’ motives for engaging with projects, and greater recognition of the roles played by different types of specialists involved in any edition. It is clear that the rising need to respond to the immediacy of the digital medium provides a long overdue impetus to break down artificial boundaries within the British ‘academy’. 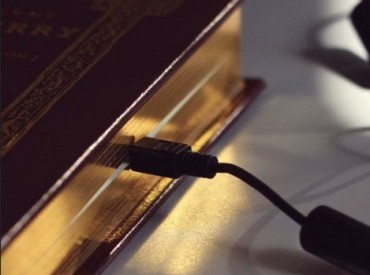