The period of state secrecy that once surrounded these traumatic events, in the case of the Nanjing Massacre, turned into its opposite, so that now even primary school children are exposed to the most violent photographs.

From 3 – 14 July 2017, as part of the CCKF-CHCI Summer Institute China in a Global World War Two, invited guest speakers and select early career scholars are combining the discussion of formal academic papers with the close reading of texts in Chinese history and literature. Scholars will be blogging for the duration of the Institute, so keep an eye out for the latest entries on the CRASSH blog. In the following post, Peter Vamos from the Hungarian Academy of Sciences gives a rundown of the afternoon of Day 9 of the Institute.

During the afternoon session, we continued our discussion on different aspects of memory and commemoration of the war. First, Professor Yang Zhiyi from Goethe University Frankfurt am Main introduced her new book project, entitled The Poetics of Memory: Wang Jingwei (1883-1944) and the World War II Collaboration of China’s Cultural Elites. Zhiyi argued that Wang Jingwei was a peculiar kind of collaborator. Whereas he was leader of the Reorganised National Government in Japanese-occupied China, and as such condemned as a traitor, he was also a fine poet who wrote in classical styles. Zhiyi proposed to read Wang’s poetry as a special kind of memory text that attempts to witness and transform historical memory. Discussing the question of truth and authenticity, she explained that whereas Wang entrusted his poetry to contain what he considered to be the truth about him, authenticity was impossible for him to attain as, despite his perpetual pursuit of it, authenticity is not possible without cultural constructs. Responding to comments on the tension between Wang’s loyalties and intentions on the one hand and his memory and commemoration on the other, Zhiyi stressed that she would not want to 'kill' the author and that the persona of the author was important. As Wang’s poems are still published and read today, they can create a counter-memory for Wang’s person and the historical circumstances of his regime. Her approach is to take the poems as the starting point and engage with the complex questions of collaboration and commemoration through them.

In the second part of her presentation, Zhiyi elaborated on one chapter of her book project entitled Site: The Impossibility of Remembering the Past at Nanjing. In this chapter, she looks at Nanjing as a lieu de mémoire in material, symbolic and functional senses and discusses how the theory of Pierre Nora can be applied to Nanjing. She views Nanjing as a site of massacres in the 19th and 20th centuries, but also as a site where patriotic poets meditated on the past, reading poems of famous predecessors, such as Lu You of the Southern Song Dynasty and the Tang Dynasty poet Du Fu. Zhiyi treats Nanjing as a memory space and aims to find out what has been selectively remembered or punitively forgotten.

The second speaker of the afternoon session was Margaret Hillenbrand from the University of Oxford, who acquainted us with some historiographical and theoretical considerations in relation to her paper entitled 'Don't Look Now: The Nanjing Massacre and its Photographic Afterlives.' Introducing her new research project on different visual representations of traumatic events, such as the Nanjing Massacre, the Cultural Revolution and the Tiananmen Massacre, Margaret discussed the dialectical relationship between the public and the secret, the ways in which the 'once-was-clandestine' becomes 'almost excessively public' and yet remains secretive in certain ways. She related her work on visual representations of the Massacre to trauma studies, and showed how a photograph can turn from a censored object into a propaganda tool, from secret to logo. She demonstrated that officially manipulated commemoration produced a codified visual language used in albums, museums, websites, films, paintings and sculptures, creating a canon of carefully selected photographs which later were to assume stark emblematic value. This core set of images was then reproduced in school textbooks, and through specific elements of design, such as colour, shape, space, texture, scale, and other strategies of creative remodelling, the photographic images became what she calls photo-forms that make up the canon. Having introduced the 'extensive ecosystem of photo-forms,' she argued that these photo-forms exist in a dialectical relationship with the secrecy that once surrounded these traumatic events, as they become part of patriotic education and the hegemonic discourse of Chinese nationalism. However, referring to the lack of contextualizing material (dates and names are almost always missing) she argued that the lack of the story behind the photograph can also be a strategy of silencing or concealment. Whereas the photographs are known to millions, the victim of the atrocities on the photographs remain in anonymity. If there is no context, but only nameless images, through these photographs the state’s propagandists can incite a unified patriotic response.

However, these photo-logos can also be misrecognized. She looks at the absence of proper historical context for the images inside China as a considered strategy of silencing, since appropriate contextualization would render the photo-forms unfit for propaganda purposes. The persons on the photo-forms – book covers, films, video games – become ghosts who shadow-box with the traumatic event as a history in and of the photographic image. Moreover, photo-forms can also return atrocity to the realm of the secret as they schematize and dehumanize the victims, which alienates the viewer from that humiliation. This, in turn, results in the event’s becoming more inaccessible, more secret than ever.

She explained that public secrecy can be self-defensive, protective (because knowledge brings risks), but can also be palliative. Commenting on how keeping silent is a strategy for survival in Communist China, she noted that the producers of images of the Tiananmen Massacre sooner or later emigrated and all are now outside of China. She also shared with us the disturbing results of a survey that she prepared with one of her students on the commemoration of the Nanjing Massacre, and demonstrated how the period of state secrecy that once surrounded these traumatic events, in the case of the Nanjing Massacre, turned into its opposite, so that now even primary school children are exposed to the most violent photographs, including images of rape and murder. 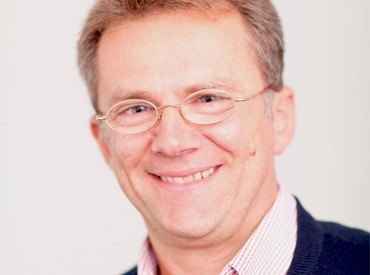 Peter Vamos from the Hungarian Academy of Sciences