Between memory and reality there are awkward discrepancies...

Beginning in the late 1980s, much work has been done in China and in the UK and the USA to account more fully for China’s role in WWII. Much of that history remains traditional in its approach, recounting battles, tracing international relations, and narrating personal conflicts. By examining the writings of poets, dramatists, and authors, by analysing the work of painters, cartoonists, musicians, and film makers, and by studying the many works of history and other forms of scholarship written in the period, the Summer Institute China in a Global World War Two sought to recover the intellectual vitality and creativity of the period, providing a spur to less politicised and ideological readings of China’s wartime past as well as to a proper accounting of the role of the humanities in (and at) war. The following reading list was inspired by discussions at the Institute, which took place on 3 – 14 July 2017 at CRASSH. As indicated below, some of the books were written or edited by the Institute’s participants. 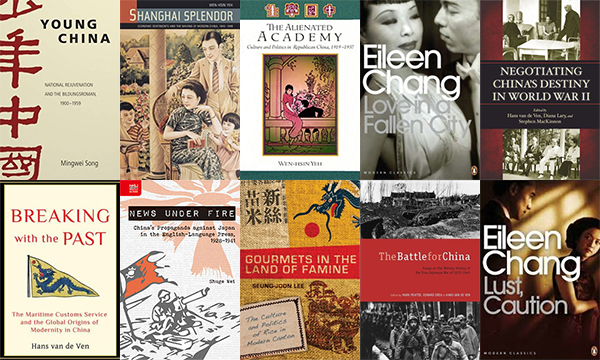 Eileen Chang
– Love in a Fallen City
– Lust, Caution
• Discussion at the Institute

Seung-joon Lee (Institute Participant)
– Gourmets in the Land of Famine: the Culture and Politics of Rice in Modern Canton
• Discussion at the Institute

Stephen MacKinnon (Institute Participant)
– Scars of War: The Impact of Warfare on Modern China
– Wuhan, 1938: War, Refugees and the Making of Modern China

Micah S. Muscolino (Institute Participant)
– The Ecology of War in China: Henan Province, the Yellow River, and Beyond,
1938-1950
– Fishing Wars and Environmental Change in Late Imperial and Modern China

Hans van de Ven (Institute Convenor)
– The Battle for China
– Breaking with the Past: The Maritime Customs Service and the Global Origins of Modernity in China
– Negotiation China’s Destiny in WWII

Shuge Wei (Institute Participant)
– News under Fire: China’s Propaganda against Japan in the English-Language Press, 1928–1941
• Discussion at the Institute


Click here to find out more about the Summer Institute China in a Global WWII.


Videos from the Institute: 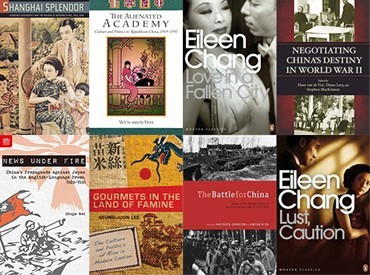