Can We Imagine a Better Internet?

"In order to understand and better address the environmental consequences of digital tech, we need to be more open for the experiences of individuals and communities on the ground who often “know better” since they live (and occasionally also cause) the very consequences of tech we research."

On 17 June 2021, over 40 participants from all over the world joined the Minderoo Centre for Technology and Democracy for a workshop exploring 'the cost of convenience' and the opaque impact that digital technology has on the environment.

Instead of having academics presenting long papers in front of Zoom screens with switched-off cameras, we opted for a more dialogic, interactive and (conveniently) short format.

We invited each participant (or team of participants) to share a provocation across the environmental impact of technology/the political economy of the environment/technology nexus and discussed in small groups. Then, in panel sessions, we discussed the provocations (what we know already), the known unknowns (what we don’t know yet), and ideas for an action plan (what could we be doing).

Below are our reflections on the workshop.

I am currently working on the relationships between technology corporations and states.

For me, what stood out about the discussions was the sense among all participants that there was no real technical or technological 'fix' for the climate crisis.

Instead, the conversations often revolved around globally embedded systems and structures of power—and asking why a certain technology is being deployed, by whom, for whom and how, rather than whether they could 'fix' anything.

In fact, it was pointed out that often the creators of these technological innovations deliberately promoted certain kinds of narratives about how they wanted the technology to be thought of—for example, the 'cloud' as a kind of abstract, other place in the sky, rather than a real, tangible infrastructure with real costs.

The same could be said of the metaphors of 'carbon footprint' or 'carbon neutral'—the idea that as long as discrete, individual corporate entities were not personally responsible for a certain amount of emissions, then they could not be held culpable for a system that was failing the planet.

I was inspired by how participants immediately recognised the importance of these systems, and instead focused our conversations on how to change them.

Although many political concepts today are so commonplace that they seem ordinary, we discussed how they are often really quite modern or Western in origin.

For example, the idea of the shared, communal commons is an ancient one, and can be used as a political framework to tackle some of the harmful systems humans have put in place on our earth.

Finally, we acknowledged that we all have a role to play in this fight for our future—but not all of us have or need to play the same role.

The participants reaffirmed the need to both communicate and coordinate across disciplines within academia, and more broadly in sectors across the wider earth.

Should we abolish the Internet?

I am currently working on the democratic contestation of data centre construction.

John Naughton often says during our weekly meetings that the most interesting conversations are those that finish before you want them to end. That was definitely the case for me at the workshop since of each the sessions I hosted ended with a question that could be discussed for hours and that still lingers in my mind.

If I have to identify the key common threads running through the three sessions I hosted, the first one has to with concepts and conceptual problems.

Several participants posed the crucial question how do we think of 'progress'.

What are we sacrificing in the name of 'progress'?

One participant asked the painfully straight-to-the-point question: 'Should we abolish the Internet?' (considering the massive toll of tech companies on the environment, the rise of hate speech, cyber-bullying, polarization, etc.)

Do we feel loss at the thought?

"Yes!" - I immediately said to myself.- "How could I talk to my family and to my friends".

This question really provoked me to think further.

If I can’t live in a world without the Internet, can we think of a different Internet?

How can we re-invent the Internet to become more caring, accessible, more Earth-based and less extractive (as one of the provocations suggested).

What does it mean to be sustainable?

Should we not rather think of ways to radically change the system?

Our time ran out before discussing this in-depth and therefore this question has also been bothering me since then.

Ultimately, as another participant emphasised, research on the environmental impact of tech is most problematic and underdeveloped at two levels - the levels of concepts (how do we think of abstraction and extraction, for example?), but also at the lowest level of what individuals and communities do.

This latter question about on-the-ground labour, work and action is actually the second common thread between several of the contributions in the sessions I attended.

A colleague studying workers who do repair for their livelihood (not as a hipster exercise) rightly pointed out that when discussing the environmental consequences of tech, and practices such as repair in particular, it is difficult to disentangle the economic aspects of repair from the environmental ones.

Indeed, in a different context, scholars of the environmental impact of tech have clearly shown how tech companies’ extractive practices towards nature go hand-in-hand with dispossession, economic exploitation and extraction of value and profit from marginalised communities.

Another colleague had studied the ways in which local leaders participate in decision-making about data centres in Thailand and controversies around water use - a topic very relevant to my own current project on data centres in the Netherlands.

Another participant yet had studied how participatory map-making not only consumes electricity but also changes the very way we see nature.

The reason why I found all these contributions so fascinating is that they challenged simplistic narratives of Big Tech vs the Environment and showed how many players (with how many different intentions, principles and economic interests) are actually involved in the increasingly complex assemblage of humans-nature and tech.

So to sum up – in order to understand and better address the environmental consequences of digital tech, we need to be more clear about the concepts we use as researchers but also to be more open to the experiences of individuals and communities on the ground who often 'know better' since they live (and occasionally also cause) the very consequences of tech we research.

By attending different sessions, there were provocations that individually we missed as sessions intertwined and overlapped (a bit like tectonic plates readjusting meaning, ideas and new perspectives for research).

We would love to hear from other attendees from the workshop, the ideas that struck them most during the sessions.

Luckily, some participants have submitted their provocation to our Zine, a unique document that we will share soon to help guide us forward in our thinking.

We can't wait to share the Zine with you... stay tuned.

This blog was originally posted on the Minderoo Centre for Technology and Democracy's Power Switch Blog. 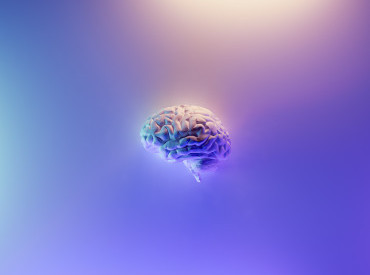