Findings suggest that a large number of people across the surveyed countries think their governments are “hiding the truth” about immigration. In particular, researchers found that Brexit and Trump voters are significantly more likely to believe in this and a wide range of other conspiracy theories – including that “Muslim immigration to this country is part of a bigger plan to make Muslims a majority”, that “man-made global warming is a hoax”, and that “the truth about the harmful effects of vaccines is being deliberately hidden from the public”.

The research, produced as part of CRASSH’s Conspiracy & Democracy project, and based on survey conducted by YouGov, covers nine countries – US, Britain*, Poland, Italy, France, Germany, Portugal, Sweden, Hungary – and will be presented at a public launch in Cambridge on Friday 23 November. 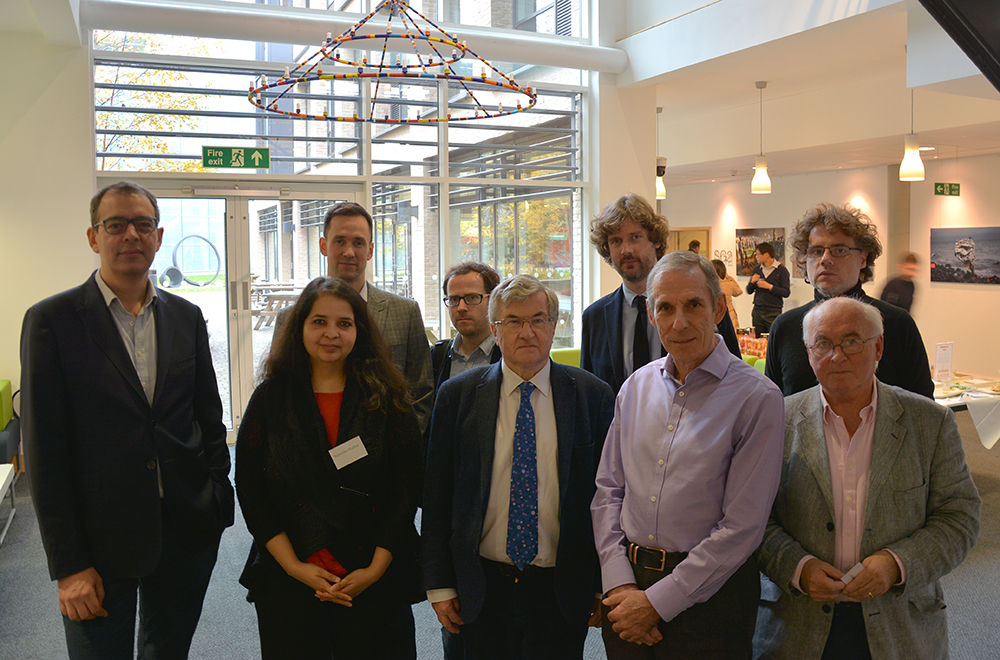 
According to project researcher Dr Hugo Leal, anti-immigration conspiracy theories have been “gaining ground” since the refugee crisis first came to prominence in 2015. “The conspiratorial perception that governments are deliberately hiding the truth about levels of migration appears to be backed by a considerable portion of the population across much of Europe and the United States,” he said.

In Hungary, where controversial Prime Minister Viktor Orban is regularly accused of stoking anti-migrant sentiment, almost half of respondents (48%) said it was true that their government is hiding the truth about immigration. Germany was the next highest (35%), with France (32%), Britain (30%) and Sweden (29%) also showing high percentages of this conspiracy among respondents, as well as a fifth (21%) of those in the United States.

Close to half of respondents who voted for Brexit (47%) and Trump (44%) considered it was true that their government is hiding the truth about immigration, compared with just 14% of Remain voters and 13% of Clinton voters.

The researchers also set out to measure the extent of belief in a version of the conspiracy theory known as "the great replacement", the idea that Muslim immigration is part of a bigger demographic conspiracy to take over the West.

“Originally formulated in French far-right circles, the widespread belief in a supposedly outlandish nativist conspiracy theory known as the 'great replacement' is an important marker and predictor of the Trump and Brexit votes,” said Leal. Some 41% of Trump voters and 31% of Brexit voters described as true the statement that “Muslim immigration to this country is part of a bigger plan to make Muslims a majority”, compared with 3% of Clinton voters and 6% of Remain voters.

Researchers also looked at a number of other popular conspiracy theories. Both Trump and Brexit voters were more likely to believe that man-made global warming is a hoax, that vaccines are harmful, and that a group of people “secretly control events and rule the world together”. “We found the existence of a conspiratorial worldview linking both electorates,” said Leal.

He describes the levels of science denial as an “alarming international trend”. In general, researchers found the idea that climate change is a hoax to be far more captivating for right-wing respondents, while scepticism about vaccines was less determined by “ideological affiliation”.

The view that “the truth about the harmful effects of vaccines is being deliberately hidden from the public” ranged from lows of 10% in Britain to a startling quarter of the population – some 26% – in France.

The conspiracy belief that a secret cabal “control events and rule the world together” varies significantly between countries such as Portugal (42%) and Sweden (12%). Dr Hugo Drochon, also a researcher on the Leverhulme Trust-funded Conspiracy & Democracy project, suggests this “has public policy implications because there are structural issues at play here too.”

“More unequal countries with a lower quality of democracy tend to display higher levels of belief in the world cabal, which suggests that conspiracy beliefs can also be addressed at a more ‘macro’ level”, said Drochon.

Half of both Remain and Clinton voters were conspiracy sceptics, while 29% of Brexit voters and just 16% of Trump voters rejected all conspiracy theories.

The question of trust, and which professions the public see as trustworthy, was also investigated by researchers. Government and big business came out worst across all countries included in the study. Roughly three-quarters of respondents in Italy, Portugal, Poland, Hungary and Britain say they distrusted government ministers and company CEOs. Distrust of journalists, trade unionists, senior officials of the EU, and religious leaders are also high in all surveyed countries.

Trust in academics, however, was still relatively high, standing at 57% in the US and 64% in Britain. “We hope these findings can provide incentive for academics to reclaim a more active role in the public sphere, particularly when it comes to illuminating the differences between verifiable truths and demonstrable falsehoods,” said Hugo Leal.

Apart from academics, only family and friends escape the general climate of distrust, with trust reaching levels between 77% and 90% in all countries. Leal argues that this might help explain the credibility assigned to “friend mediated” online social networks.

In all surveyed countries, large numbers of respondents included social media in the stated list of news sources they access at least 2-3 times per month, with Facebook being the preferred platform for social media news consumption in every country, followed by YouTube and Twitter (but not always in that order). Getting news from social media was less likely to be associated with complete scepticism of conspiracy theories – much less likely in countries such as the US, Germany and Italy.

Researchers found that consuming news from YouTube in particular was associated with the adoption of certain conspiratorial views, such as anti-vaccine beliefs in the US and climate change denial in Britain.

“A telling takeaway of the study is that conspiracy theories are, nowadays, mainstream rather than marginal beliefs,” said Leal. “These findings provide important clues to understand the popularity of populist and nationalist parties contesting elections across much of the western world”, he concluded.


Contacts for Interviews and Comments 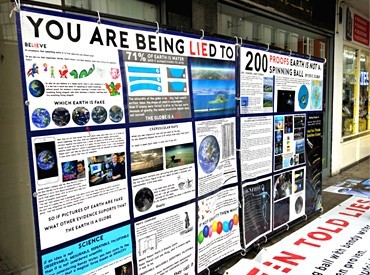